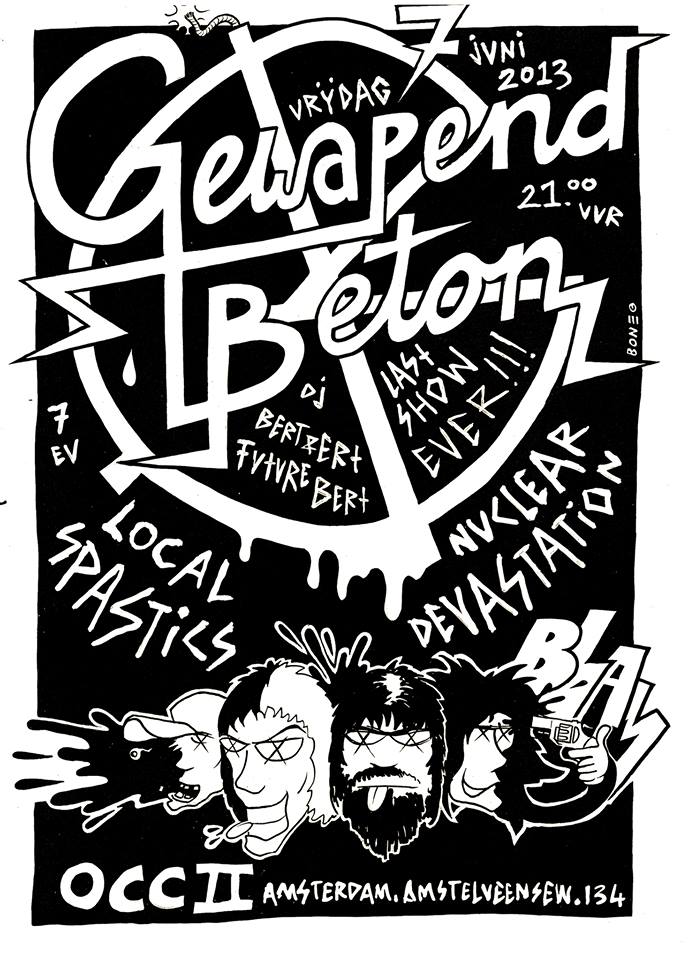 After more than 10 years of existence, Gewapend Beton is approaching its end. As of the 7th of June 2013 the band will be no more. We feel that the way in which the band exists now does not represent the energy, feeling and persuasion we want to convey. The past decade has been cool: we have evolved in playing our music, released a bunch of records, played a lot of shows and we are grateful for this all. But it is time to recognise when things need to stop, and that moment has come. It is time for something different, something new.We won’t stop playing music. Oeds, Ming and Douwe will start a new band, called Death Alley. Find us on internet ( facebook.com/deathalleyband ) and make sure you don’t miss the first release on the 20th of June 2013: a sneak preview Peter Pan Speedrock – Death Alley split record!

Gewapend Beton will do three final shows, playing songs that have become a vast part of the set list over the years. We will celebrate our Belgian farewell in Harelbeeke on Saturday 18th of May. On the 1st of June we play at Borstrock Festival.
The very final gig will be where it should be: OCCII Amsterdam on Friday 7th of June 2013! Don’t miss out!