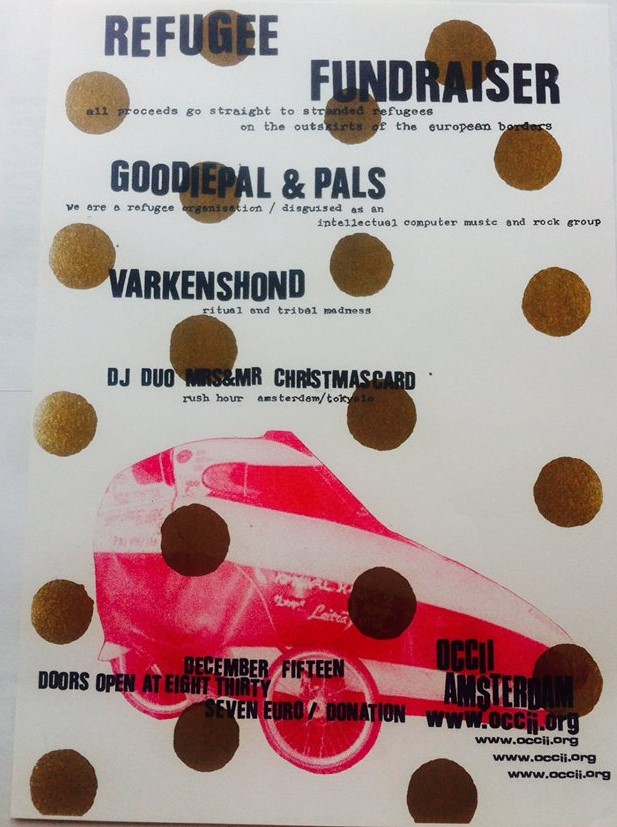 All the money that band makes goes straight, to stranded refugees – on the outskirts of the European borders.
The band lives in Novi Beograd in Serbia & is by any way not sad to ask for huge fees for concerts or events since every Euro they make going straight back to Serbia and – refugee aid…
The band have been active for 2 1/2 year and has toured Europe intensively. 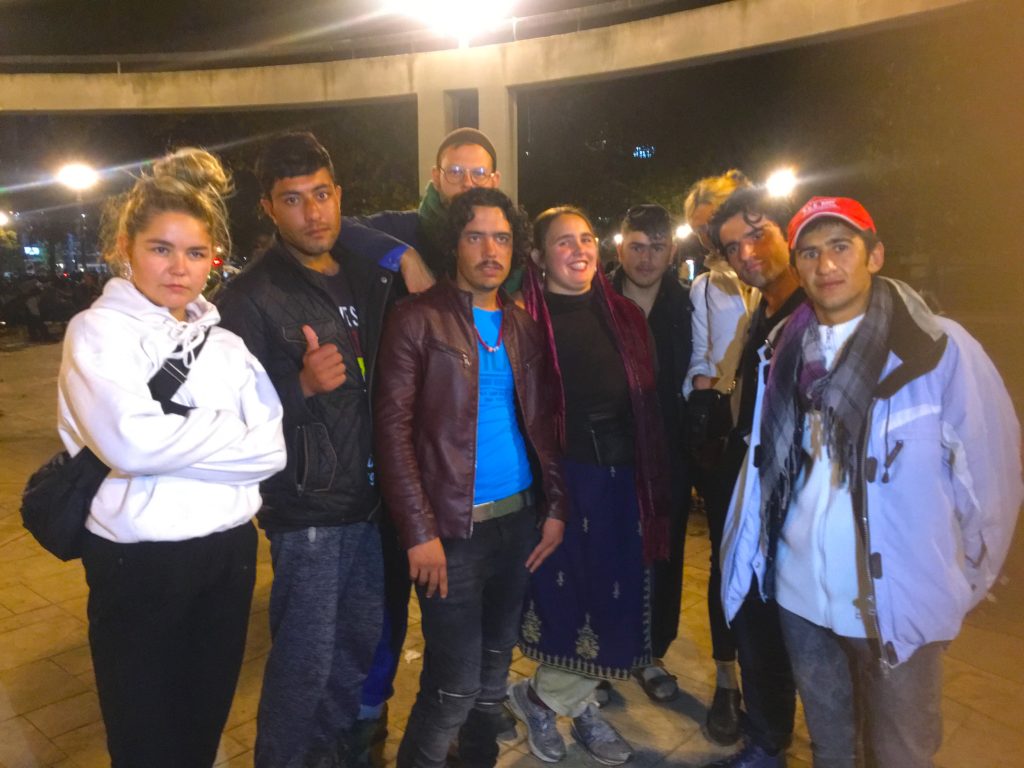 With hard-to-define instruments Varkenshond creates ritual and tribal madness in the vein of early Silvester Anfang and Zero Kama. Varkenshond was founded in 2006 in Antwerp, Belgium while the to-be members were studying Maggergergorian spiritual philosophy with Wim Vanaeghe, Thomas “Gergeti” Kreuzfeld and Koera Mönggüm Sorgan.
They released a cd in 2007, the result of a series of therapeutic music sessions led by G. Karkaronga, and a cassette in 2013, a selection of songs and meditations recorded with local musicians in Brasil, Belarus, China, India, Indonesia, Mongolia and Russia.

Their new album Hargawaan Por Shail is a collaboration with animal communicator, flute player and percussionist Yori Yoki. It consist of Támoldut and Maggergorian vocal and instrumental traditional music from Asia, Africa, South America and Europe. The album includes the first recording ever of the instrument “Life Hooter” and an atmospheric electric version of Qéfelni.”