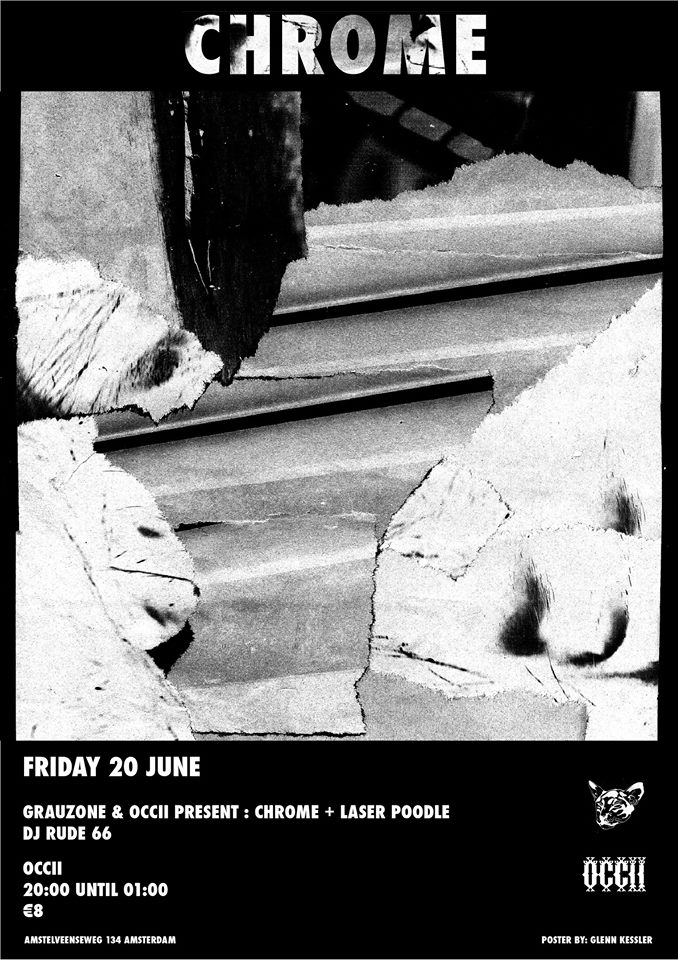 Seminal avant-punk psychedelic outfit Chrome are considered to be the “Godfathers of what became the Industrial Rock movement” (Wikipedia) due to their groundbreaking experimentation in sound and raw energy. They “started a revolution in music” (Rockerilla Magazine, Italy 2011). Chrome is known for their de/re-construction of rock and roll, innovation, weirdness, found sound samples, hooks, pile driver rhythms and Helios Creed’s signature effects laden, Hendrixian, lysergic, layered guitar work and vocals. Their blend of raw energy and mind-bending audio manipulation influenced a wide range of musical genres, from the avant-rock of Sonic Youth and the Flaming Lips to Industrial rockers like Nine Inch Nails and Ministry. Theirs was “a Cyber-Punk vision of the future that came a decade before the term was coined” as psychedelic connoisseur Julian Cope put it. 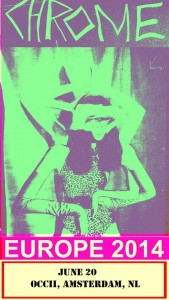 The band was founded by vocalist/drummer Damon Edge in 1975 who was highly influenced by proto-punk pioneers such as the Stooges, as well as the sound art experimentation of John Cage. The original line up included Gary Spain on vocals & violin, John Lambdin on vocals, guitar & bass, & Mike Low on guitar, synthesizer & bass.

Westcoast electro wave godfather Rude 66 has travelled the world many times over as a live artist, but occasionally takes his vinyl collection out for a dj-set. His sets are an iron fist cast in leather, pointing at the parallelisms between the dance cellar, nihilistic guitar bursts and gothic catacombs. 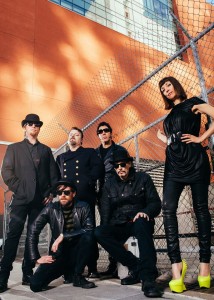 
CHROME, LASER POODLE, RUDE 66
Bookings are closed for this event. 100 tickets will be sold at the door