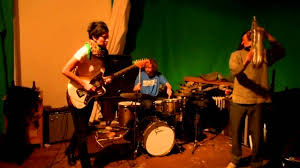 Cactus Truck is teaming up once again with guitar wizard Ava Mendoza to tour Europe this March. Ava brings a unique dirty virtuosity to the band that helps flesh out different aspects of the Cactus canon. As Vice said: “It’s… Ava Mendoza’s deconstructing of blues and punk into brutal shredfests that’s causing a ruckus in NYC’s DIY hubs”.

AVA MENDOZA (US)
Ava Mendoza (guitar) is a Brooklyn-based guitarist, singer, songwriter and composer. Born in 1983, she started performing her own music, and as a sidewoman and collaborator in many different projects, as soon as she was old enough to get into 18+ venues. As a guitarist, Mendoza has received acclaim for her technique and viscerality. Her most ongoing work is as leader of experimental rock band Unnatural Ways, and as a solo performer on guitar/voice. In any context she is committed to bringing expressivity, energy and a wide sonic range to the music. Mendoza has toured throughout the U.S. and Europe and recorded or performed with musicians including Carla Bozulich, Fred Frith, Mick Barr, Nels Cline, Jon Irabagon, Jamaaladeen Tacuma, Tune-Yards, the Violent Femmes, Mike Watt, and more. Recordings are available on labels Tzadik, Weird Forest, Clean Feed, NotTwo, Resipiscent, and New Atlantis.

Friendly critics have quoted: “It’s… Ava Mendoza’s deconstructing of blues and punk into brutal shredfests that’s causing a ruckus in NYC’s DIY hubs” (Brad Cohan, Noisey.Vice). “A wizard on a semi-circle of effects pedals, but… equally adept with FX-less technique,” (Lars Gotrich, NPR). She was featured as one of Guitar World‘s “10 Female Guitarists You Should Know”. 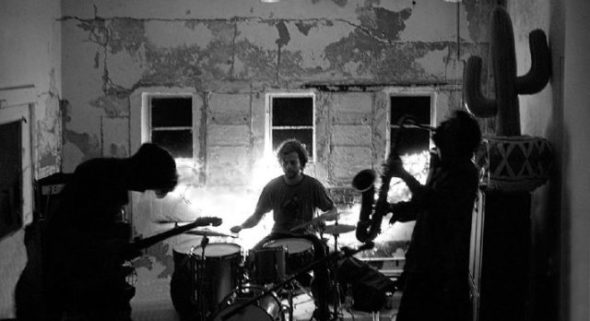 Cactus Truck creates startlingly intense music. Through complete physical and psychological surrender, they pull raw and pure emotions out of their instruments. In each performance, they push themselves beyond their limits through improvisation, resulting in a quick-paced music of very high energy, often genre defying. The band formed in Amsterdam in April 2010 and has since played over a 100 concerts all over Europe and the USA. Cactus Truck frequently collaborates with a wide variety of like-minded artists, including Terrie Ex, Jeb Bishop, Nicolas Field, Peter Jacquemyn, Ab Baars, Kevin Shea, Roy Campbell and Wally Shoup. Their first official album entitled “Brand New For China!” (PE119) was released in March 2012 on Public Eyesore Records (www.publiceyesore.com) and has been well received by critics world wide, describing the music with mere superlatives and landing on many “Best of 2012” lists. Their latest album was released in March 2013, recorded during their epic 2012 USA tour entitled “Cactus Truck Live in USA with Jeb Bishop and Roy Campbell” on Tractata Records and Eh? Records (Tractata #01, eh?72).

ANDY MOOR (The EX)
born in London, lives in Amsterdam – founding member of Dog Faced Hermans 1986-1995 in Edinburgh Scotland, founding member of Kletka Red 1996-2004 and continues to be a full time member of The Ex since 1990. Guitarist, photographer, composer of music for various projects and for film scores and involved in duo collaborations with sound poet Anne-James Chaton, DJ and author DJ/Rupture, saxophonist John Butcher and composer and electronic musician Yannis Kyriakides. He also has ongoing projects with improvisation groups Lean Left with Terrie Ex , Ken vandermark and Paal Nilssen Love and Thermal with John Butcher and Thomas Lehn.
https://www.15questions.net/interview/fifteen-questions-interview-andy-moor/page-1/