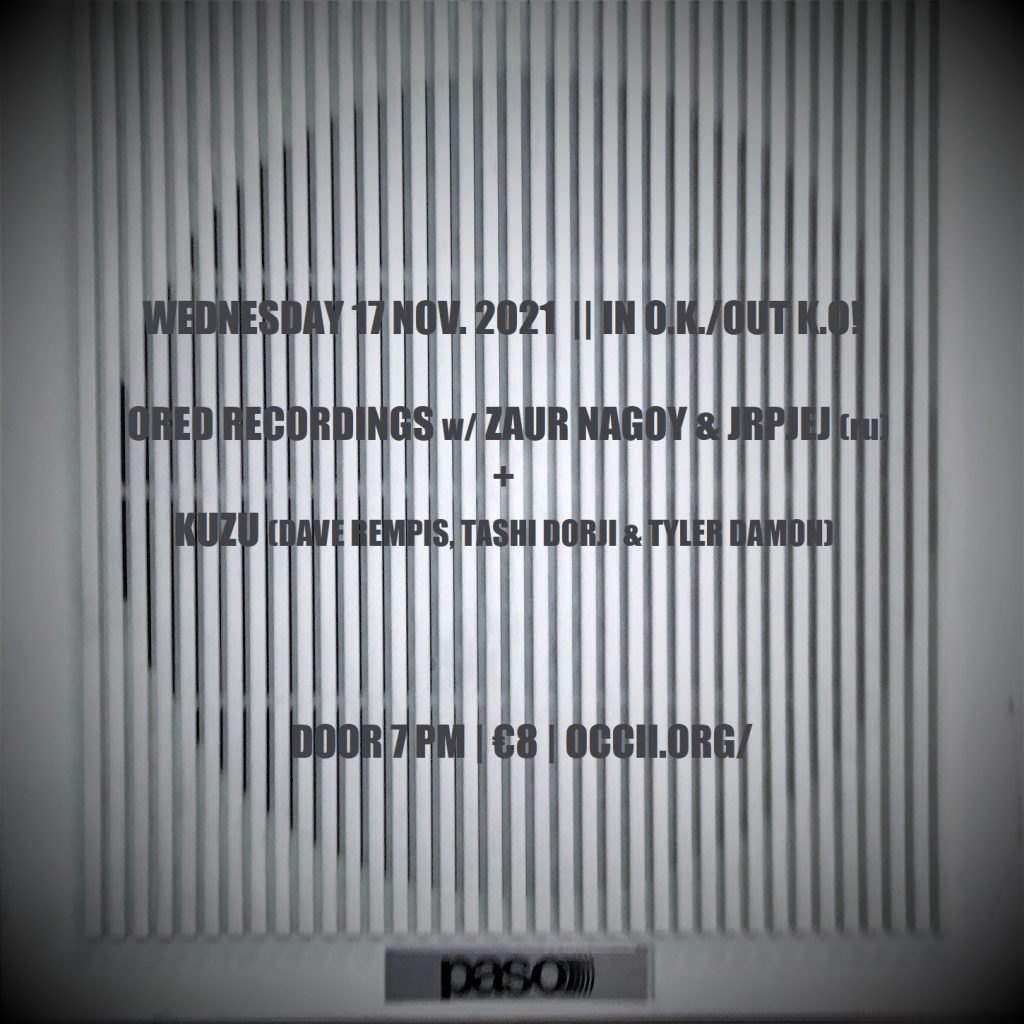 KUZU is a band whose deep roots in disparate musical traditions delivers a sound that’s not only new, but totally organic. Saxophonist Dave Rempis is best known for his work in the improvised music scene in Chicago, often exploring areas at the farthest edge of the jazz tradition. Guitarist Tashi Dorji, a native of Bhutan, came up through the active noise scene in his home base of Asheville, NC. The last decade has found him deep in that world nationally and internationally, putting out ear-splittingly in-your-face solo records, regularly opening for Godspeed You Black Emperor on their concert tours in the US and Europe, and touring frequently with duo partners Thom Nguyen, Mette Rasmussen, and Kuzu drummer Tyler Damon. That last pairing was the band that caught Rempis’ ear a few years back, and Damon is clearly the musical link here – someone who works comfortably in the avant-garde jazz scene in Chicago, as well as in the rock and noise world holding the drum chair for Circuit Des Yeux, Thee Open Sex, and in his duo with bassist Darin Gray. 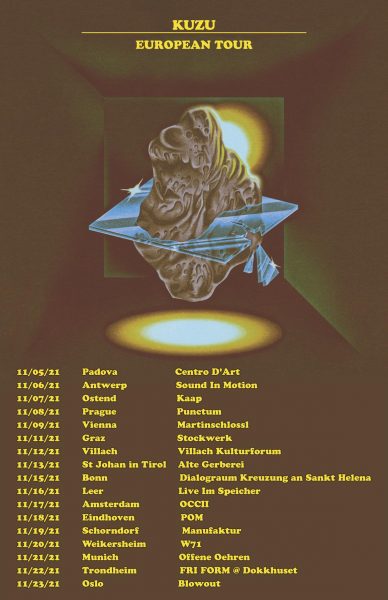 Zaur Nagoy – a musician and a folk teller from Adygeya. 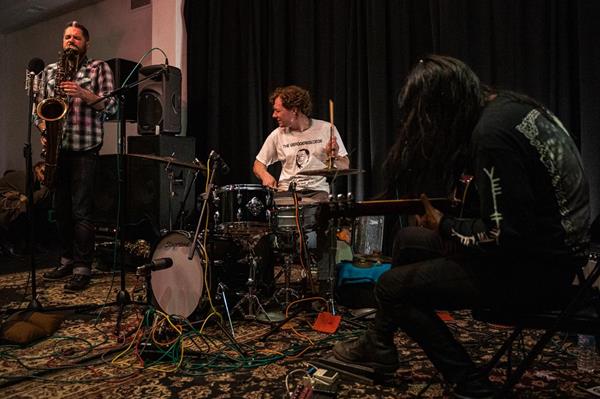 KUZU is a hard-charging but patient trio that came together in the fall of 2017, after saxophonist Dave Rempis, a stalwart of the Chicago improvised music scene, worked with both Tashi Dorji (guitar) and Tyler Damon (drums) individually as part of a lengthy solo tour of the U.S. that he undertook in the spring of that year. Dorji and Damon’s work as a guitar/percussion duo has become well-known, a highly refined and specific language developed through relentless touring and recording over the last few years, with a sound that straddles improvised music, rock, and any number of as-yet-undefined territories. These two provide an incredibly fresh take on the possibilities inherent to spontaneous composition. Superimposing Rempis into this mix was a logical next step after the relationships they’d forged individually. The trio’s discography includes Hiljaisuus (Astral Spirits/Aerophonic 2018), Lift To Drag (Medium Sound, 2019) Purple Dark Opal (Aerophonic Records, 2020), and The Glass Delusion (Astral Spirits, 2021). Their next release, All Your Ghosts In One Corner is slated for release in September 2021 on Aerophonic Records, and they’ll be making their European debut in support of the record in November 2021 with a 17-concert tour.

Musically, these three create a highly focused pallet of sounds. At times, spacious gestures carve up the canvas with the austerity of a calligrapher, while at others those sparse gestures build into an unstoppable tsunami of energy. Those waves are never impulsive or impetuous though, they ebb and flow logically and patiently out of simple and clearly defined sources. Rempis’ penchant for pentatonic melodies and rough and tumble timbres combines seamlessly with Dorji’s thick, raw sound and singular approach to intonation, buttressed by Damon’s rapid-fire yet powerful stickwork, to produce a music that’s exquisitely detailed at any one point in time, yet carries the narrative arc of their often set-length explorations without ever losing its coordinates. In this music you can hear the many hours together in a van roaming the hills of Tennessee and Pennsylvania, the plains of Texas and Illinois, and the forests of North Carolina and New England, trading playlists ranging from jazz icons like Pharaoh Sanders and Yusef Lateef to Scandinavian black metal bands like Craft and Darkthrone. While this isn’t a new thing in creative music – broad ears are a trademark of musicians in this world – what makes the pairing so unique is the truly organic way in which they string these influences together into a coherent sound. This isn’t a Frankenstein pastiche of bits and pieces held together with duct tape and glue, and a paper-thin conception. This is an emotionally deep and sincere effort to join genuinely disparate influences arrived at only through patient toil. When we ask if Rempis is channeling Coltrane, or a Turkish clarinet player; does Dorji sound like a Delta bluesman, or a southeast Asian rocker from the 70’s; is that Art Blakey or John Bonham rolling out through Damon’s toms; the answer is undoubtedly all of the above. And yet, despite the breadth of the trio’s inspirations, their music never collapses under the weight of its aspirations, fearlessly carving out a new corner in the broader sonic landscape. 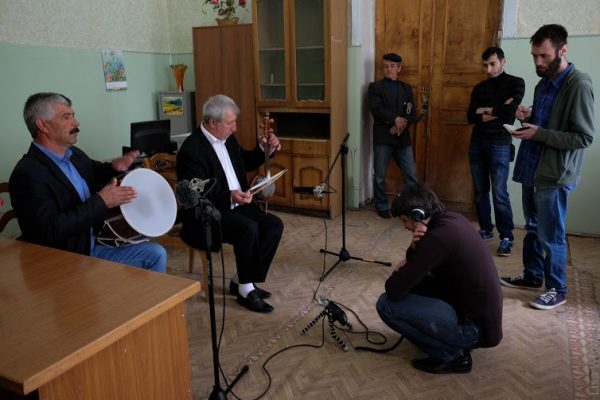 Founded in 2013 by Bulat Khalilov and Timur Kodzokov, Ored Recordings is an independent ethnographic project from Kabardino-Balkaria (Southern Russia).

The platform travels to towns, villages and mountain settlements in the regions of Kabardino-Balkaria, Adygea, Southern Dagestan and Azerbaijan in search of folk musicians. The initiative-s guiding principle is articulated around field recordings. Indeed, Ored exclusively uses live recordings and avoids studio recordings of traditional and local  music. Celebrating the artistic potential of traditional music, the label strives to discover sounds which capture specific moments, their atmosphere and potential imperfections.

In this context, Ored’s research includes Circassian epic sagas, Cossack songs, and the Sufi rituals of Chechnya, collected during field recordings, dinner parties, services of worship and festivals. With multiple connections to the Circassian diaspora in Turkey, the label works extensively with the country, its traditions and artists. Beyond, also interested in important social and political issues related to notions of identity and authenticity, the platform accompanies its concerts and interventions with lectures and conferences discussing the role of traditions and the emerging global and digital space.

As producer and curator, Ored Recordings has worked in Russian and Internationally with multiple renowned institutions such as the Science and Art Cultural Centre, Mutabor Art Space in Moscow and the University in Moscow, in which the platform gave multiple workshops.  Finally, with its artists, Ored has participated in an important number of contemporary music festivals in Russia and beyond, including the Moscow Music Week, Fields and Mawaheb. Their ongoing tour to Turkey will be an integral part of Ored’s European tour, which includes performances and conferences at the Unsound festival in Poland as well as the Worm and Le Guess Who? festival in the Netherlands.

Jrpjej perform traditional music and try to find their own way to sound in the limits of canon. They use only acoustic instruments – shichepshin, apapshin , percussion, accordion – but original approach to melodies and songs makes the sound dense which is more typical for the metal or experimental electronic.

Zaur Nagoy – a musician and a folk teller from Adygeya.

Zaur was a participant of the first staff of Zhyu – the key group of Circassia and Caucassian traditional music. He sings and tells Epic Nart sagas, heroic ballads and  late Circassian joke folklore. His style is authentic, he doesn’t  insert any elements  from outside and he is devoted to the canon of local tradition.

At the same time Zaur is one the main improvisers in Circassian music.  Balance of archaic and of deep personal makes Zaur Nagoev not just  a folk reconstructor , but a great musician without any pattern and border. 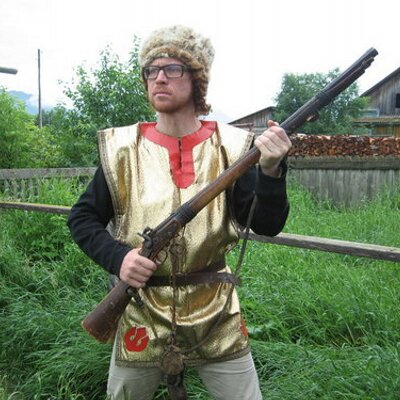 Maxim Chapochnikov aka Dj Goldfinger is an independent music researcher, producer and dj. Since 1991 he is involved in promoting cultures of ex-USSR countries in Europe/ NL, especially traditional music. His main focus at this moment is the music of the Sayan-Altay area in Siberia.

In this talk with Bulat Khalilov of the label Ored Recordings, Maxim will investigate on the mission and the catalogue of Ored, ask about field research in such a rich multi-lingual area as Caucasus and about the life in his home city of Nalchik. We’ll talk about the band Jrpjej, whose amazing album “Taboo” sticks out as a post World Music gem and attempts “to end the worship of the past, stop Circassian cosplay and start creating something new”. We’ll try to decypher this claim and why does it have any importance for us.