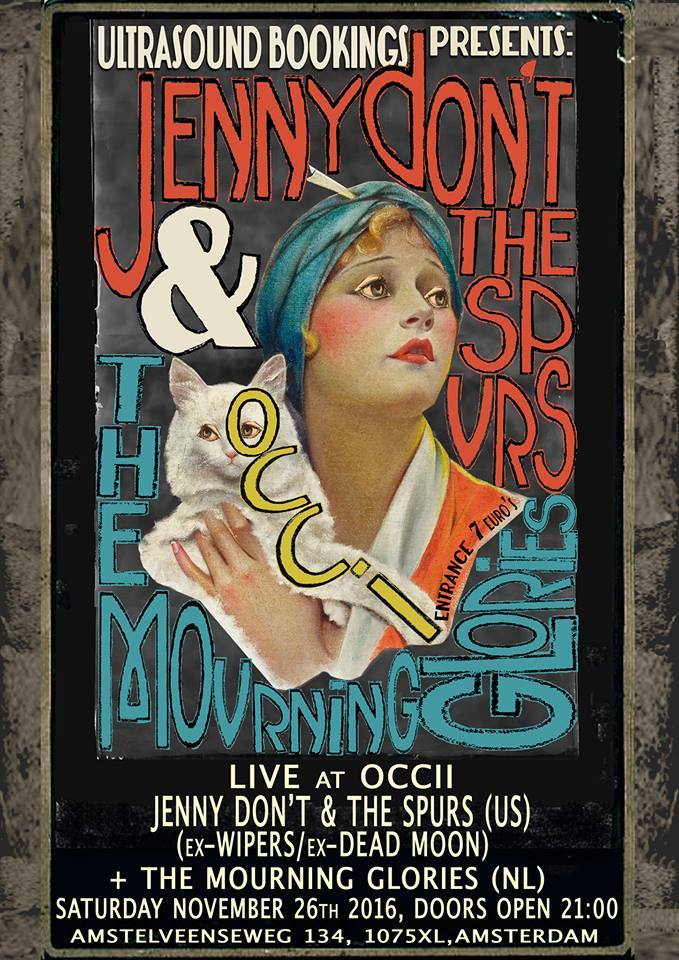 
Jenny Don’t & The Spurs
Portland, Oregon
Lonely desert roots country from Portland.
With Sam Henry (ex Wipers, Don’t), Kelly Haliburton (ex Dead Moon, Don’t) and Jenny Connors (Don’t)
If you have a love for old classic country artists such as Hank Williams and Patsy Cline then you might have a soft spot for this Portland band. Jenny Don’t sings from the heart and Sam, Kelly, and JT play like there is no tomorrow. Sit back and enjoy!

THE MOURNING GLORIES
The Mourning Glories are a Netherlands based female trio, with members from The United States, Canada and France. They sing intricate harmonies in a sultry style.

The Mourning Glories have conjured up a variety of material that has been known to swoon or haunt.