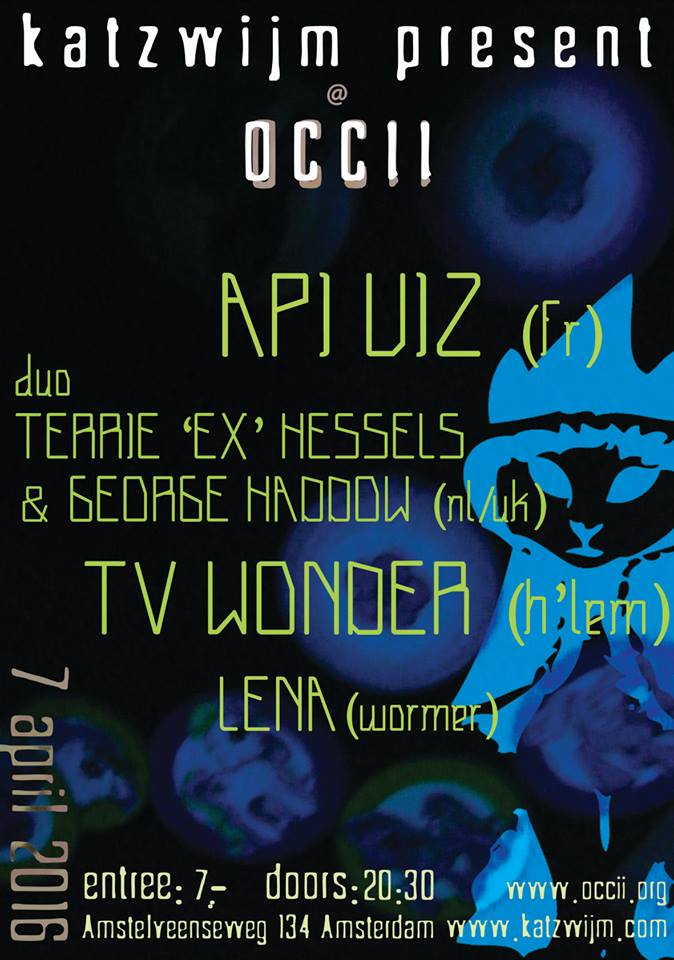 TV Wonder’s debut EP Bird Sounds introduces a shrewd brand of discordant guitar pop in the spirit of Goo-era Sonic Youth, taking in influences from the likes of Parquet Courts and Women along the way. The oxymoronic name befits this Amsterdam-based quartet’s penchant for inverted musical shapes. Jagged guitar-lines slice and shimmer, occasionally bursting in to fuzz, all the while held down by sparse, shuffling grooves as ghostly vocal apparitions dart about. In just two years, TV Wonder has built quite a live reputation performing with the likes of Protomartyr, White Fence and Cold Pumas. Bird Sounds captures the early musings of a group dialling in and finding their sound, and serves as an exciting introduction to a band, as well as a proposition of what’s to come.

DUO TERRIE ‘EX’ HESSELS & GEORGE HADOW
…”Terrie Ex and George Haddow, in which we get some Keith Rowe-esque eczematic scratch and squall against some of that really chopsticky drumming that’s great when done well, and here it’s done well. Free improv and associated areas are one of the most bastardly to write about for me, so I’ll just say that it’s in the upper tempos and it’s good and anxious and there’s a great exchange of passages where both players are playing with and against each other….”