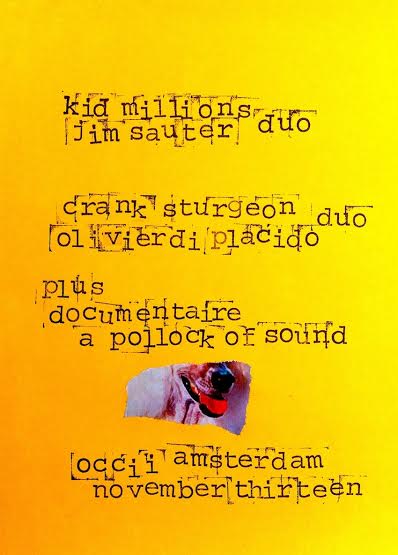 Come on people, open your hearts to the magic…

Kid Millions a.k.a. John Colpitts, perhaps better known as the drummer for Oneida, has also recorded and released several drums-only records under the name Man Forever. He and older/wiser fire-spitting saxist Jim Sauter are also members of the rockist band Scarcity Of Tanks. Here they appear in duo, with no over-arching structures to contend with, and let fly.

Sauter plays his sax amplified, with effects, and thus can often come on somewhat like a guitarist, though there’s no mistaking his sound. If you’ve heard Borbetomagus or his work with Blue Humans, you’ll recognize it immediately. Millions’ drumming is indeed energetic, a non-stop series of press rolls and low end rumble, which occasionally sticks out when Sauter pauses for breath. When they’re both going full-bore, their sounds seem to blend together into a smeared, feedback-laden mass. 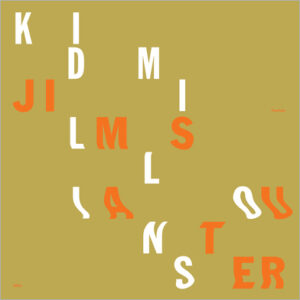 Drummer Kid Millions and saxophonist Jim Sauter vaporize the annals of rock ‘n’ roll n’ jazz into pulsating feedback/propulsion on Fountain — their second album. Across six pieces they explore massively hypnotic tonal harmonics and torrential rhythms. This is hardcore abstraction from two New York sherpas yanking us headlong into a third-eye odyssey, surpassing altitudes merely attempted by others.
Kid is founding member of Oneida and the ace behind the percussionfocused Man Forever. Sauter is synonymous with the 35-year juggernaut Borbetomagus — pioneers of sound/jazz vivisection and inexorable vision. Since 2012 these two pushed forth this magnificent grandeur, merging physical power/sweat and sculpted electricity/stretched skins. While both are known for feats of extreme artistic endurance, as a duo they opt for ferocious concentration — a savage pop-style of density
and texture.

Comparisons to any live-free-or-die drum-sax duo is moot here. In whiffs, Fountain is maybe reminiscent of Fushitsusha’s heaviest but more likely the final descent of that plane full of rugby players who
gobbled each other up after crashin’ into the Andes in ‘72. Either way, it makes asses shake.

As an omnipotent duo, neither Kid or Sauter anchors the other, instead they smash the fulcrum and spin perpetually in free-fall.

http://kidmillionsjimsauterduo.blogspot.nl/
+ Documentaire A Pollock Of Sound is a documentary on legendary band Borbetomagus, van Jef Mertens 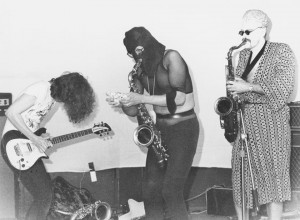 A story of blown PA’s, monitors set on fire and extreme tooth-loosening technique – bells together! Sooner or later, somebody had to document the story of Borbetomagus, the New York trio that multiplied John Coltrane’s Ascension by infinity and found a whole soundworld of detail in the excruciating results.

At MKM!//OCCII, we’re proud to present the (world premier, not) screening of Jef Mertens’ documentary ‘Borbetomagus: A Pollock of Sound’ tracing the story of Don, Donald and Jim and their journey from high school jazz bands to the outrageously intense performances they still make!

Using a mixture of explosive live performance, interviews and rare antique stills the chaos, complexity and power of Borbetomagus is captured in dizzying clarity for the first time on film.

An exclusive peek into the eye of the hurricane.

Crank Sturgeon – Klangperformance
“Ordained minister and usurper of plateau monoculture; Husolandija progenitor, dada-mainliner/international trianglewear peddler for the prototype alpha new millenial dirigible-parable concrete discourse found-object assembly (with pants)”
https://soundcloud.com/user6719786
Crank Sturgeon works in performance, installation, and sound art, and has been active since the early 1990’s. A comical conceptualist, Crank is something of a misnomer: whether blending pun with the profane, or transforming the precious into an oil spill, a Sturgeon performance defies categorization. Accompanied by ridiculous costuming, pointed instructions and parables (gone awry), and even the occasional dirigible or two, these elements intertwine, transforming into space-defying interventions, and invariably involving audience participation. More than just possessing a predilection for the absurd, Crank wears the goggles of the perpetual optimist: infusing his processes with a classical struggle, and yet always with a leery salmon grin, awash in an undertow of delicious and celebratory noise…
www.cranksturgeon.com

“Olivier Di Placido is a french guitarist. During the years he has developed an absolutely unique approach to his instrument, being able to play it like a turntable, a synthesizer or a gamelan orchestra. Interested in discovering all the possibilities of the guitar, including the most hidden ones, Olivier has litterally invented a new and hybrid instrument, with unfixed neck and moving pick-up.”(Flussi festival 2014)
https://soundcloud.com/olivierdiplacido
He plays all around Europe since more than ten years, collaborating with musicians and improvisers like Mario De Vega, Arnaud Riviere, Tony Buck, Anthea Caddy, Jassem Hindi (Les Sorciers Komas), Fritz Welch (UK Tour) SEC_(Bocian records, Noise-Below), and MANY OTHERS w/Francesco Gregoretti (Viande, Scrotum records),,, taking part to international festivals and shows.
olivierdiplacido.wordpress.com