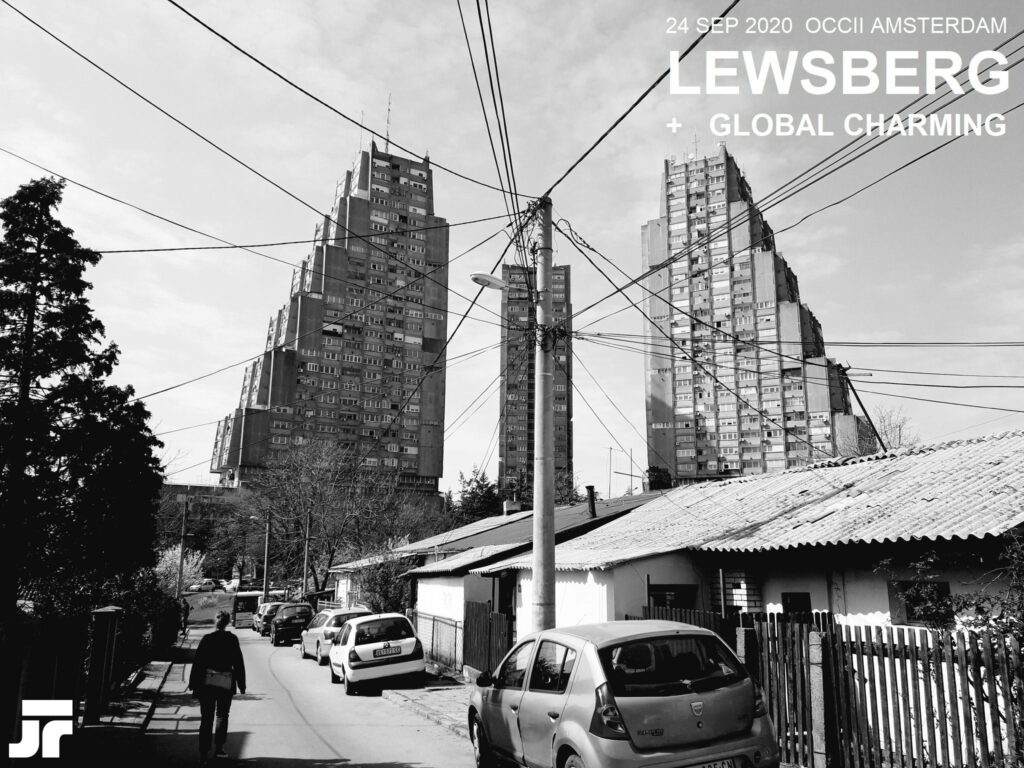 We added a second show, prior to the original one. The early one has doors at 19:00 & showtime at 19:15. People with presale tickets for the original show, now have valid tickets for the second show: 21:30 doors; 22:00 showtime. Both shows are seated & distanced.
Also, we have invited Amsterdam’s global charming as a support for both shows. The two bands will play consecutive sets.

BOTH SESSIONS ARE NOW SOLD OUT!

This is a seated concert, a limited amount of chairs will be put in the space with 1.5m distance, but if you come as a couple / pair / family you can sit together.
Note: to reserve a double seat please buy 2 tickets at the same time, if you wish to sit separately buy 1 ticket each.

Releasing an album during lockdown

In This House, the second album by Rotterdam-based Lewsberg will see the light of day on March 27th. Like their 2018 self-titled debut album, the record will be released by the band themselves, distributed through Cargo Record Distribution. 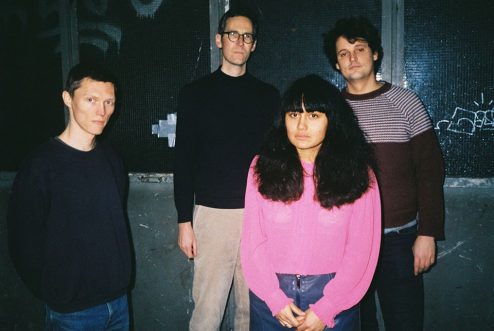 The metallic, atonal guitar strum on opening song Left Turn leaves no room for discussion. This is Lewsberg at work. The unnerving sound of a revving car, handbrake on, suddenly coming to an abrupt and silent halt. Is the title of this opener a warning for the listener for the rest of the set, as if we’re going down Frost’s “path less followed”? Or is it just a description of this lonesome character’s unexpected behaviour in this particular song?

Lewsberg’s latest offering seeps into your consciousness in a different way to their debut, though their tendency towards existentialism and black humour is present throughout. Harsher in sound, but more humane in spirit, the running order feels looser and less poised. In This House refuses to let the listener settle for a single moment, making it impossible to chart a course through the album’s meandering ten songs.

In This House is full of surprises. The teasingly weak guitar break on From Never to Once. The two instrumentals Trained Eye and Interlude. Emotionally affecting Lewsberg-ballad The Door. And then there’s the pairing of the last two tracks: the sluggish, druggy, fatalistic Jacob’s Ladder and the wild, associative Standard Procedures. It’s as if each piece works independently from the other, gazing back occasionally on what came before and, in turn, adding a different flavour to what comes next.

Cold Light of Day and Through the Garden are copybook Lewsberg. Boiling, repetitive rock songs, provocative and enchanting in their minimalism. Whilst At Lunch, seemingly innocent and carefree at the start, conjures a looming sense of doubt by its conclusion.

These lines from closing song Standard Procedures could be the adage of the band. Not like some sort of peptalk or an expression of winner’s mentality, but as an homage to the beauty and comfort you can find in an endless muddling through.

“Rotterdam Talking Heads/Television enthusiasts jut out with a riveting chugger of blase threat and moral ambivalence.”

“Sometimes bleak, sometimes emotional and always compelling, Lewsberg are the only new punk band you need in your life.”

“This is sardonic wit and detachment, delivered in a sing-speak style that reflects Big City melancholy. This is, quite simply, brilliant and unmissable.”

“Never has off-kilter, understated post-punk sounded so good. Not sentimental in the slightest, their lyrics focus on the mania of the mundane, making the everyday sound not so everyday.”

“Like a warm bath, these tracks slowly seep into your skin and leave you in a mood to accept just about anything as long as it’s another Lewsberg track. It’s impossible not to get sucked into their vibe.”

“The laid back, soft-spoken Non-Fiction Writer and the more rocking Terrible are warm, bare-bones, know how to let loose a two-note or ragged solo, and just sound right.”

Global Charming exorcise the banality of everyday life, knowing the planet is doomed and the printer is out of ink again. 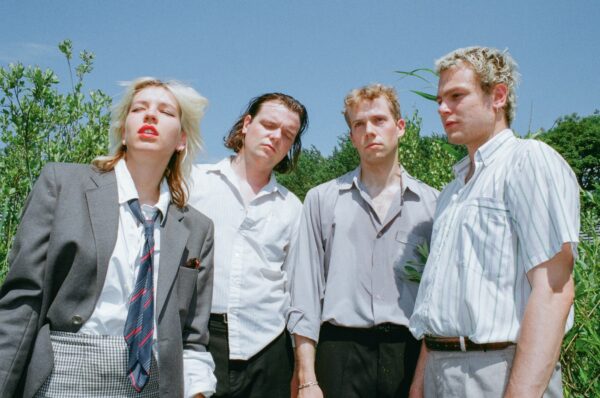 On their upcoming debut album Mediocre, brutal the Amsterdam based postpunk quartet explore the monotony of daily routines, survival of the dullest kind; because boring is intense. Fuelled by the lingering energy of repetitive rhythm, wayward guitars wash away the dead taste of vending machine coffee, breaking free from frustration with sharp jolts. Lyrics about cutlery and new coats blend with Global Charming’s lean compositions, marked by playful synths and percussion.

The group, made up of familiar figures in the Dutch underground scene as musicians, record producers and visual artists, recorded the album at Schenk Studio, Amsterdam. Debut ‘Mediocre, brutal’ was self-produced and mixed by Mikey Young.

Follow the rhythm of a plate spinning on a tabletop: the acceleration, the sudden halt. Again, and again, and again.
—
Global Charming was founded in the summer of 2018 and is made up by Jilles van Kleef, Sara Elzinga, Sjoerd Bartlema, and Fokke de Wit. Live shows in the past have included support slots for the likes of Crack Cloud, Drahla, N0V3L and B Boys, amongst others.

Mediocre, brutal will be released on Subroutine Records. Artwork and graphic design by Tjobo Kho.

GLOBAL CHARMING, LEWSBERG
Bookings are closed for this event. 50 tickets will be sold at the door
Posted in IN O.K./OUT K.O.