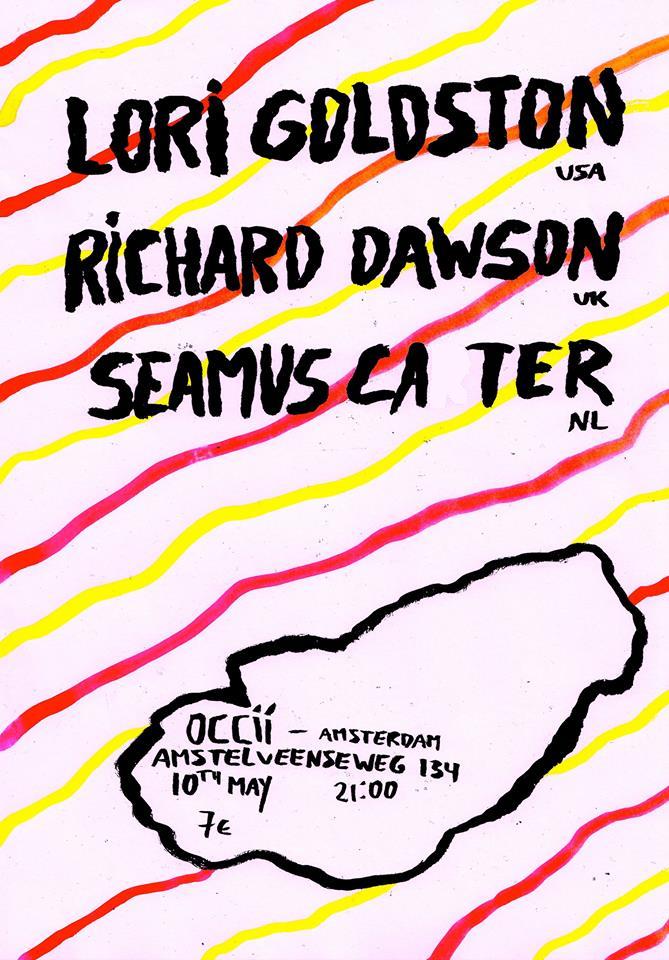 (Mississippi / Change Records, Sub Rosa)
Based in Seattle, Lori Goldston is a classically trained cellist with quite the CV. Her past collaborations include Nirvana, David Byrne and Cat Power just to name a few. Lori also co-founded Black Cat Orchestra and joined the Seattle band Earth a few years back.

Lori Goldston has scored and/or provided music for several films and shorts including Bass Ackwards (Linas Phillips), Humpday (Lynn Shelton), and Crashing Waves (Britta Johnson) and has also been commissioned to do live scores for several silent films. To learn more about her visit lorigoldston.com/

Classically trained and rigorously de-trained, possessor of a restless, semi-feral spirit, Lori Goldston is a cellist, composer, improvisor, producer, writer and teacher based in Seattle. A deep, untidy beauty propels her voice as a cellist which is —amplified or acoustic— full, textured, committed and original. A perpetual inquirer, she wanders recklessly across borders that separate genre, discipline, time and geography, performing in clubs, cafes, galleries, arenas, concert halls, sheds, ceremonies, barbecues, and stadiums; she toured with Nirvana and appeared with them in “Unplugged in New York”.

was, until he appeared at TUSK and Supersonic festivals in 2012, the North East of England’s hidden jewel – a skewed troubadour who sings and plays guitar with a rare intensity and singular style. His voice has been compared to everyone from Tim Buckley to Richard Youngs while his guitar playing recalls Sir Richard Bishop and Zoot Horn Rollo and, combined with the inescapable snare of his lyrics, means surrender to his music is inevitable.

2013 saw Dawson go from local legend to touring Europe twice, performing at festivals such as Latitude, Supernormal, Incubate and SOY and being lauded by Late Junction, The Wire, The Quietus and many more. He ended the year with his album The Glass Trunk being named Leftfield Album Of The Year by Stewart Lee in the Sunday Times, being placed at Number 4 in The Wire’s albums of 2013 and being hailed as one of Record Collector’s albums of the year.

It’s too easy to describe any artist as peerless but this time it really is the case. Following the genius of this year’s The Glass Trunk cd, Richard has a new album (on a new label) out in Summer 2014. He’s genuinely one of the most affecting performers you’ll ever see. Stewart Lee in The Sunday Times described The Glass Trunk as “a mesmerising, pungent collection” that “draws out hidden truths in strong bold strokes”. Alex Neilson said in The Wire: “This remarkable album packs all these emotions and more into its 19 highly idiosyncratic and imaginative pieces…it’s mingling of the incidental with the testimonial hopes and anxieties of all-but-forgotten people is profoundly affecting.”

– voice and duet concertina
Seamus Cater uses simplified as well as extended forms and instrumental techniques. Quietness, focus and trance are major factors in his performances, where songs develop slowly but surely. A relationship to folk revivalism is always acknowledged.