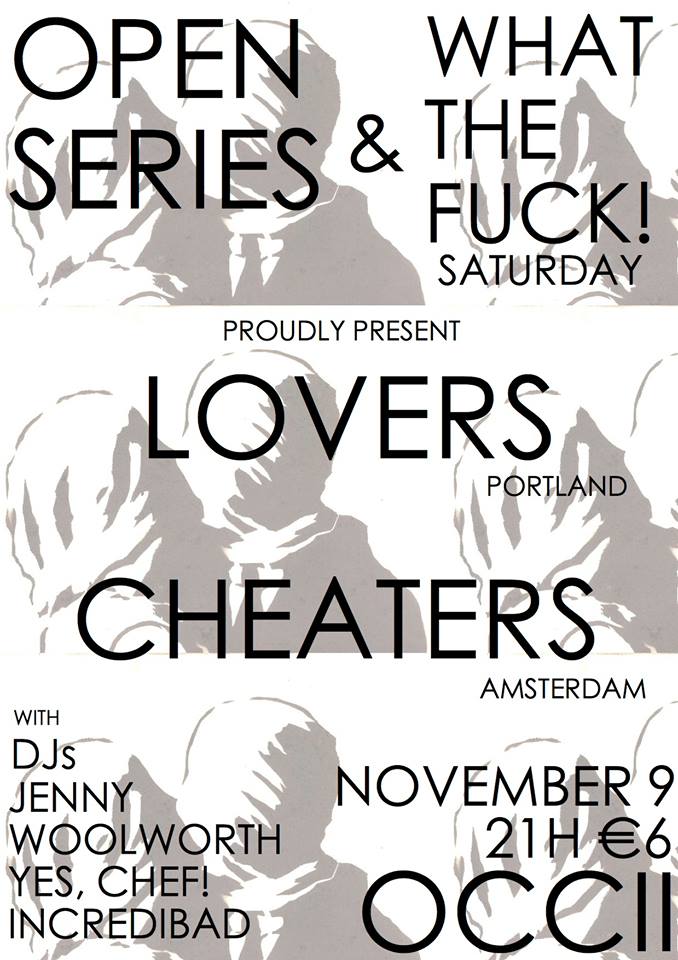 CHEATERS (AMS)
These four kids from Leiden play an eclectic mix of electronics and indie.

With their seventh album, A Friend in the World, Lovers fuse intimacy and empowerment into a modern atmosphere of honesty, new feminist humor, and rhythmic complexity. 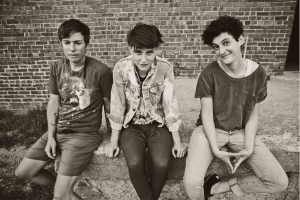 Others wrote about Lovers: “Carolyn Berk’s Lovers has had many incarnations over the years, but something stuck when the project coalesced into a meaty, synth-driven three-piece: the intensity upped, understated love songs became huge dance-club anthems and the trio’s live show became a must-see.”

Allmusic.com about Lover’s new album ‘A friend in the world’ (released September 2013):

Lovers‘ seventh studio album (and second long-player as a trio) mines familiar themes like love, empowerment, loss, and friendship, but bandleader Carolyn Berk‘s enigmatic lyrics and the group’s penchant for crafting emotionally present melodies to support them, results in a winning collection of electrified and enlightened urban folk songs that effortlessly blend feminism with humor, adulation with heartache, and are more often than not simultaneously heartbreaking and inspiring. The trio feels more like a road-tested band this time around, with keyboard player/programmer Kerby Ferris and percussionist Emily Kingan sounding like a single, propulsive unit behind Berk‘s economical guitar playing and warm but spectral voice. That the trio knows to allow each other space says more about their musical relationship than the actual parts do, and songs like “Tiger Square,” “Wander through the Time of Hearts,” “James Baldwin & the Diagonal Trance,” and the overcast and evocative “Modern Art Museum of the Modern Kiss Goodbye” skillfully trade familiar singer/songwriter architectural tropes for whirring, decidedly unfussy folktronica, bringing to mind artists like Grimes, Emilíana Torrini, and “Blood Makes Noise”-era Suzanne Vega. Berk hasn’t abandoned her troubadour past though, as evidenced by more traditionally arranged offerings like “Girl in the Grass” and “Lavender Light,” but the ten-track A Friend in the World is at its best when it’s hammering the decibel meter, which it does with great aplomb on the sultry, come-hither, electro-pop rave-up “Oh Yeah.”