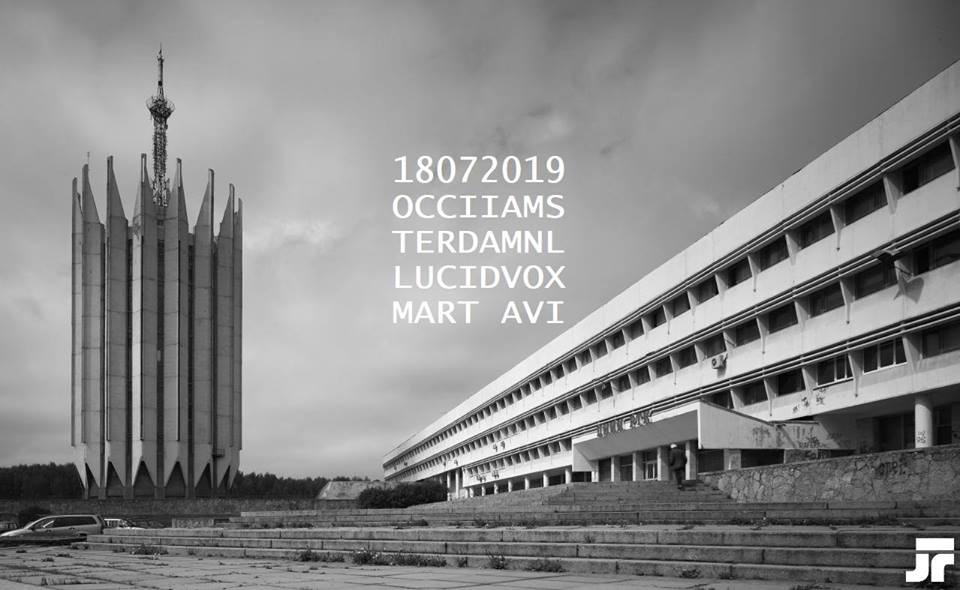 Lucidvox //
Alongside Shortparis and Glintshake, Moscow’s Lucidvox are one of the most celebrated bands to come out of the exciting New Wave of Russian music. This mercurial band incorporate psych, folk rock and punk in a fiery and seemingly ever-changing live show.

Mart Avi //
Estonian singer and electronic producer Mart Avi hooks up neo-glam aesthetics with unmapped sonic territories for an age yet to come, playing around with his persona, real, imagined, on or offline. His is the the sound of information overload, of thousands of underground server parks filtering the signal of the perfect pop song from the buzzing avant-noise

What happens when an Alien meets a Sunbeam? Noise guitarista Liú Mottes and drummer Jochem van Tol join forces in SOON. They played every hour at Sexyland Lowlands 2018, which sparked a new musical explosion. Their music moves between spinning and dazzling sound eruptions to piercing but elegant pulses. With a hint to cinematic sound scores they make you both listen and move. Inspired by the likes of Dick Raaijmakers, Sonic Youth and Blade Runner.

JAAPJAAPJAAP, LUCIDVOX, MART AVI, SOON
NO PRESALE, TICKETS AT THE DOOR, CAPACITY 250, CASH ONLY AT VENUE
Posted in Featured, Yugofuturism