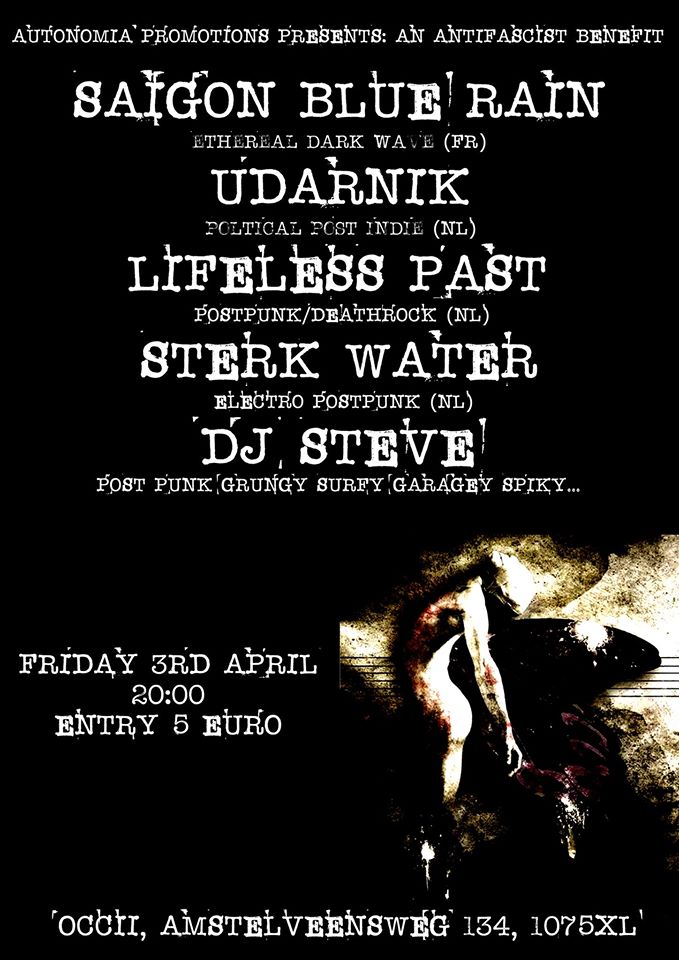 Saigon Blue Rain This duo combines the french roots with the typical wavey sounds that remind of the classical new-wave such as The Cure or And Also The Trees, melted with shoegaze or ethereal wave influences and so, they form a sound image that you won’t hear everyday. With her vocals, Ophelia lies somewhere between Cocteau Twins and All About Eve ; she comes up with a lot of passion and draws the listener away from reality with ease while the other instruments build an astounding wall of sound to perfect the whole. With bands such as Les Modules Etranges or Soror Dolorosa, France is one of the congested areas of extraordinary post-punk and gothic rock. Often mixed with a hint of cold-wave the remarkable french sound adds up. SBR accompany these sounds in their own way as well.
https://www.facebook.com/SBRofficial/info?tab=page_info

U Dar Nik From Nijmegen Holland bring you: Udarnik, a productive noiserock collective. It resists, kicks and screams full of hope. Deeply rooted in the underground it reaches the surface with militant rhythms and guitar-driven noises.
https://www.facebook.com/Udarnik?fref=ts

Watch this space for more acts to be confirmed and other announcements.

All proceeds will go to AFA Nederland