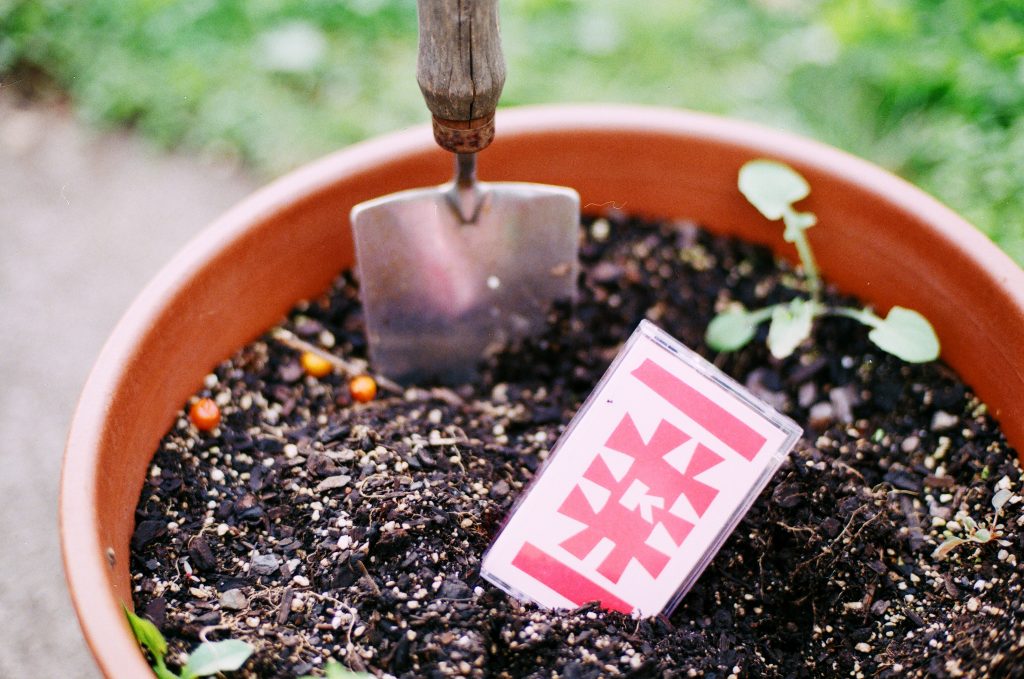 Instrumental psych/rock/experimental/electronic/noise/unclassifiable music from New Zealand, incorporating ear-watering fuzz guitar, pounding cave-woman drums and laser-beam-in-the-face electronics, like an androgynous guitar-playing worm was visited by a UFO that made them smoke a lot of mugwort and broke an expensive old synthesizer and trained an ape to play the drums and then they made 15 albums.

Spinifex is a quintet with an explosive combination of musicians. It is all about compelling grooves, strong dynamics and improvisation.
Dave Foxall (Jazz Journal, UK) wrote: “ambitious yet unpretentious, tight, catchy, but also fearlessly exploratory and experimental.”
Spinifex, named after a tough Australian species of grass, may at first sound like a combination of free improv, punkrock and other typically Western contemporary music. However, beneath the surface the listener will discover ancient cyclical rhythms from Turkish and Indian musical cultures.
Drummer and astro-physician Philipp Moser is known for his work with Dutch progressive metal band Cilice. Guitarist Jasper Stadhouders sets the tone in the Amsterdam underground, for example as a member of Cactus Truck. The Portuguese, Rotterdam-based bassist Gonçalo Almeida (Lama, Albatre) switches effortlessly between a beautifully rounded sound and heavy electric distortion.
Master trumpet player Bart Maris, from Belgium, is one of the most important voices in European improvised music and jazz.
Tenor saxophonist John Dikeman has made an extraordinary impression performing in trio with William Parker and Hamid Drake, as well as with Universal Indians/Joe McPhee and Cactus Truck.
Alto saxophonist Tobias Klein, the motor behind the band, has also made a name for himself as a bass clarinet player and composer.

In december 2015 Spinifex released their 4th cd (their second as a quintet) titled Veiled, which received enthusiastic reviews. The next album will be out at the end of 2017.
The band has toured extensively in India, Portugal, Spain, Russia, the Baltics, Germany, Poland, France, Hungary, Croatia, Slovakia and Slovenia.

There’s a method to The Young Mothers’ madness, and it stems from each musician bringing their own unique voice to the table, while still granting each other space to speak. They’re based out of Austin, Dallas, and Houston but also collectively represent Chicago, Amsterdam and Norway.

Central to the equation is the prolific bassist, Ingebrigt Håker Flaten (Austin/Norway), whose work on electric and standup bass can be heard within some of Scandinavia’s most thrilling experimental ensembles — Atomic, The Thing, Free Fall, and Bugge Wesseltoft’s New Conceptions of Jazz, for starters. Now rooted in Austin, he is the lightning rod, the catalyst, the gritty low-end foundation that allows this fearless ensemble to amass extraordinary momentum, coalescing as a swirling maelstrom of power and urgency. The groundwork for this potent convergence was laid around a decade ago in Houston, when Ingebrigt linked up with trumpeter/rapper Jawwaad Taylor (Houston). JAWWAAD has collaborated with the vastly underrated producer Jneiro Jarel on a number of occasions, notably within Craft of the Lost Art by Shape of Broad Minds, and the stellar Beat Journey album released under Jarel’s Dr. Who Dat? alias. Also hailing from Texas’ eclectic capital city is Jonathan F. Horne (Austin), a master of surreal guitar textures, who has lent his talents to the emerging band White Denim (and Bop English, the side project of frontman James Petralli), Ichi Ni San Shi, Horne + Holt, and Plutonium Farmers. The percussion elements are provided by a two-headed force of nature, a pair of musicians inclined towards the cultivation of chaos and exploring the furthest reaches of sound — Frank Rosaly (Chicago/Amsterdam), the go-to for drummers in the vibrant Chicago jazz-scene for years – now based in Amsterdam, and Stefan Gonzalez (Dallas), who’s also well known through several grind and metal projects and contributes here on vibraphone and diabolical vocals as well. Jason Jackson (Houston) can serenade you on sax, with warm, fervent tones reminiscent of Mingus’s gospel-influenced recordings, but also might take a deep breath and rip you limb from limb with manic waves of unhinged scales that frantically span the entirety of his horn.

It may seem like all these ventures are totally unrelated, but the way in which they unite is arguably The Young Mothers’ most appealing quality. There’s room within the project for each of the musicians to articulate their individual passions, and this merging of flexibility and pride can be seen as a microcosm for America’s greatest promise.

This latest effort by The Young Mothers is a propulsive, kinetic concoction that ruggedly calls for unity despite contrast. There will always be common ground. All walls fall. And as far-flung as all the components may be, there is no whole without the parts.
—————————————

“Ingebrigt Håker Flaten reminds us that jazz is the musical equivalent of a dark star, a musical black hole, absorbing all musical energy and classifications. Sure, let’s not call this jazz, because it would alienate
99% of fans. But jazz, in truth, it is.” – Marc Corroto/All About Jazz

The sextet has set out to not only blur genre barriers but smash them to pieces. A band that combines jazz, indie rock, hip hop, surf rock, and soul—sometimes within one movement of one piece—can only be
regarded as an entity beyond classification. — Cory Perla/Artvoice.com

“The Young Mothers are hydraulic pumpers. The album is a grenade in the head.” — Mark Rappaport/CD- Journal (Japan)

“It’s impossible to separate Vainglorious Die Dead from the present state of affairs in the US. Make no mistake about it, this is a pointed, indignant, irreverent album, a flippant, unfazed response to a perhaps-more-widespread-than-expected affront to the group’s core values. The Young Mothers occupy an unapologetically multicultural world, one where diversity of background, thought, and approach are all celebrated. The juxtaposition may be ambitious, but is more essential than ever, with the binding fabric of this nation being called into question. …. And for those who are repulsed by this stumble towards pervasive xenophobia, unmoved by the narcissistic bluster of demagogues, wary of unchecked hubris, arbitrary boundaries, and rampant megalomania…..welcome to the wholehearted backlash. Here we have a group of sonic pioneers who have gathered their instruments to scream with disgust at the new paradigm of paranoia.” – Jared Buchsbaum/Truth Via Music