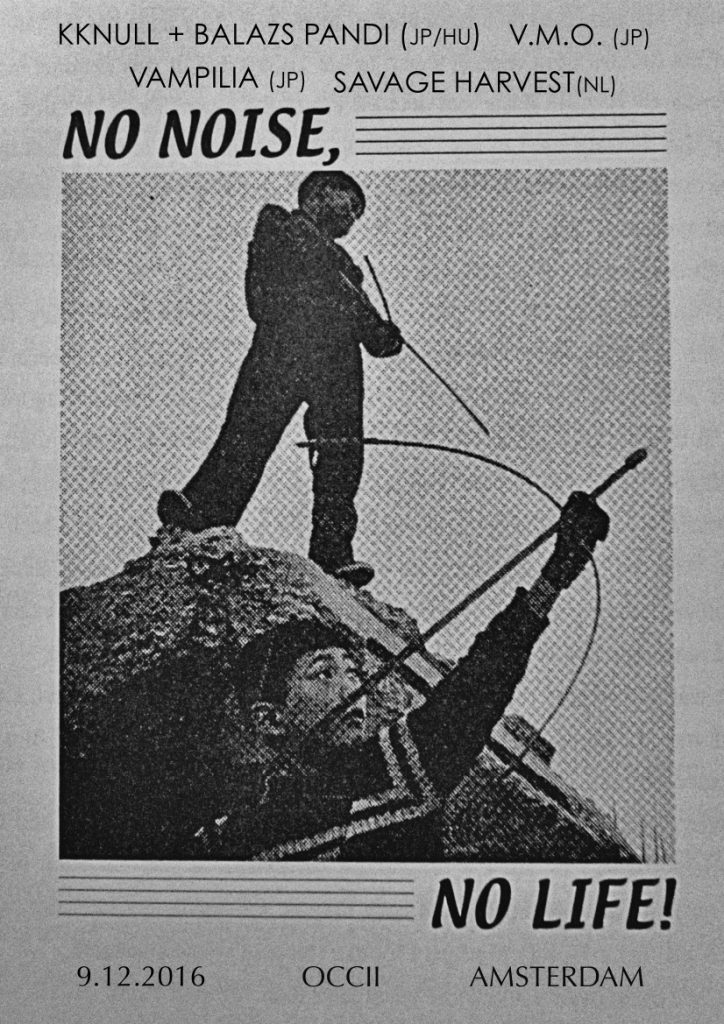 KK Null, real name : KAZUYUKI KISHINO, was born in Tokyo, Japan. Composer, guitarist, singer, mastermind of ZENI GEVA. One of the top names in Japanese noise music and in a larger context, one of the great cult artists in experimental music since the early 80’s.

Balázs Pándi is a Hungarian drummer. He has worked and toured with various acts from all around the world including Keiji Haino, Venetian Snares, Otto von Schirach, Last Step, To live and Shave in LA, The Kilimanjaro Darkjazz Ensemble and Zu. He also played drums for the Blood of Heroes project. Since 2009 he has frequently played drums live with Merzbow and they have released three live records together.
After touring together in Europe and Japan throughout 2014 and 2015, in November 2016 Ohm Resistance will release a new collaborative album.

Doomstar Bookings is proud to announce the bookings for one of the most eccentric tours we’ve ever done. We’re teaming up two member-sharing Japanese bands that will blow your mind. Vampillia have already toured Europe with the likes of Attila Csihar (Mayhem) and Nadja before and have collaboration releases with The Body, Attila Csihar and Lustmord to name a few. Their crazy mix of (black?) metal, jazz, classical music, noise and overal weirdness is unrivaled. Support on this tour comes from VMO (which stands for Violent Magic Orchestra), who perform a brand of overwhelming electronics induced black metal with an insane live show including insane stroboscopes, disturbing visuals and even live dancers that go beyond anything you’ve ever seen.

VAMPILLIA
Here is the next alternative music from Osaka where BOREDOMS had rised. Vocal, Guitar, Bass, Strings, Piano, Noise and several drums sounds are harmonized as one but it’s difficult what’s kind of music this is. Only we can say “a beautiful chaos”.
Vampillia from Japan describe themselves as a 10 piece “brutal orchestra” and turn classical into hardcore music.