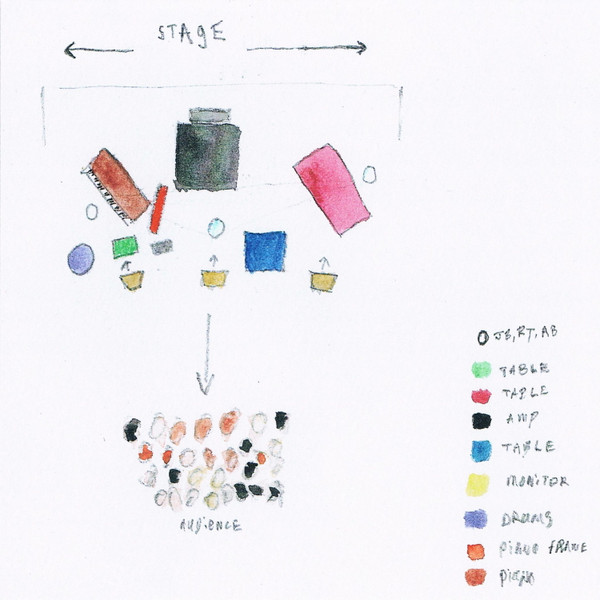 “It’s hard to describe the raw, explosive audio art they perpetrate. Everyday objects and sounds are worked on until they become saturated with lurid suggestion, resulting in a bizarre, hysterical immediacy … in the traditions of the Bonzo Dog Doo-Dah Band, the Bohman Brothers kitchen-sink realism laughs at the grand claims of lofty art. They will show you fear in a sponge from a drainer.”

(Ben Watson in The Wire)

Secluded Bronte are a multi-faceted experimental trio whose work has embraced scrapheap musique concrete, clattering post-punk, spoken word, poetry, improvisation and more. Collected from a mixture of studio and live recording, this suite of perfectly planned mischief slips and slides between the physical and metaphysical, pathos and alien-abstraction, wry humour and obscenity – relishing in awkward dualities and eccentric imbalances. Tuneful ditties emerge before switching frame to an aural car crash. Shared refrains and in-jokes from live shows are unveiled, then jump gear to a Morricone-soundtracked car-chase. Listen close, arrange the junk and unpack the mystery.

Nora Mulder is creating & performing composed and improvised music, noise, performing art, music for silent movies. She performs solo, with her own groups 7090, Ensemble Extra Ordinair and Picatrix, with visual artists, dancers, actors, poets and chefs and all who are challenging her. PARP7090 was horizontal and performed in De Graasj and De Loods in February 2021. The PARPremote is vertical and an attempt to make PARP remote controllable.
In 2019 Nora received the Willem Breuker Award.
7090 – collective with main characters Nora Mulder and Koen Kaptijn. Ensemble Extra Ordinair – with Han Buhrs, Salvoandrea Lucifora and Fabio Galeazzi. Picatrix – with Greetje Bijma and Mary Oliver.
www.noramulder.nl

Aaron Lumley (1981, North Bay, Canada) is an Amsterdam-based double bass player and improvising musician. Working primarily in the fields of free jazz, post rock and 21st century composed music, Lumley is an exploratory musician who embraces the huge sonic and expressive power of the acoustic contrabass. He plays on gut strings tuned in fifths, one octave lower than a cello, for their raw tonality and deep resonance.
https://www.aaronlumley.ca/