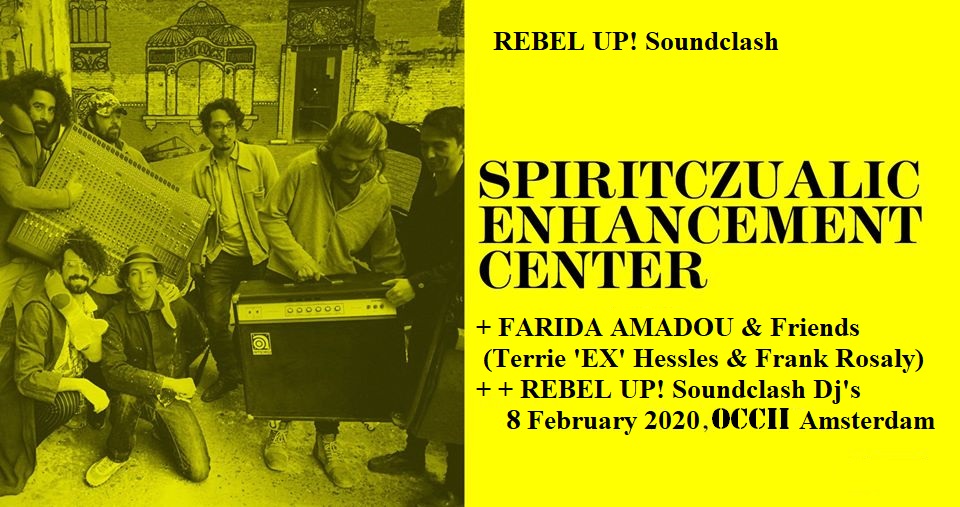 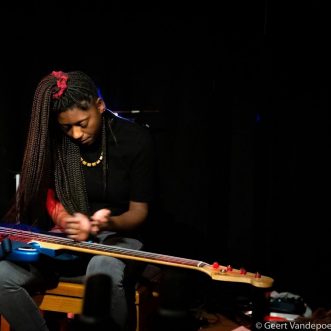 FARIDA AMADOU (ex-Cocaine Piss)
Farida Amadou is a Liège, Belgium based bass player, most well known for being part of the punk band Cocaine Piss and for her free improv sets with Steve Noble.
Since 2014, she has performed with many musicians all over Europe, including Linda Sharrock, Balasz Pandi, Jasper Stadhouders, Peter Brötzmann, Mette Rasmussen and Thurston Moore, TONiGHTS FRiENDS Include;
Terrie Hessels (The Ex) – Guitar & Frank Rosaly (US) – Drums.

Visual artist Dima Rabik contributes his miniature ink drawing style to all Spiritczualic releases – as well as a live-drawing projection during performances.

Together with Ventral is Golden concerts have become mythic temples adorned with syncretic collages and installations.

Giving birth via impromptu instrumentals to glimpses of synchronistic magic, the Spiritczualics remain agnostic: are they magicians, or merely charlatans?

“Spiritczualic Enhancement Center, Spiritczualic (“cz” borrowed from the Polish / tʂ / hard “tch”) – a word-melange of “ritczualic” and spiritual, reflects upon the ancient practice of musical ritualism. As an idea, it greatly predates the physical occurrence of the Enhancement Center – on Christmas 2017, when an Ottoman building below the Gates of Jerusalem provided itself for a remarkable meeting. The trespassing people who happened to be there – admittingly bizarre participants synchronized by state-of-mind rather than tune or scale – began exploring sonic sessions of do-it-yourself mysticism. Witnesses of its ritualistic gatherings have indeed reported moments of divination – and possibly sorcery. This raises the question, will the audience once again behold the allurement of Higher Sources – or rather testify to trickery.“

Rebel Up DJ’s
Before, inbetween & after, DJ’s Duckfood & Spliff will take you on a trip through the global underground