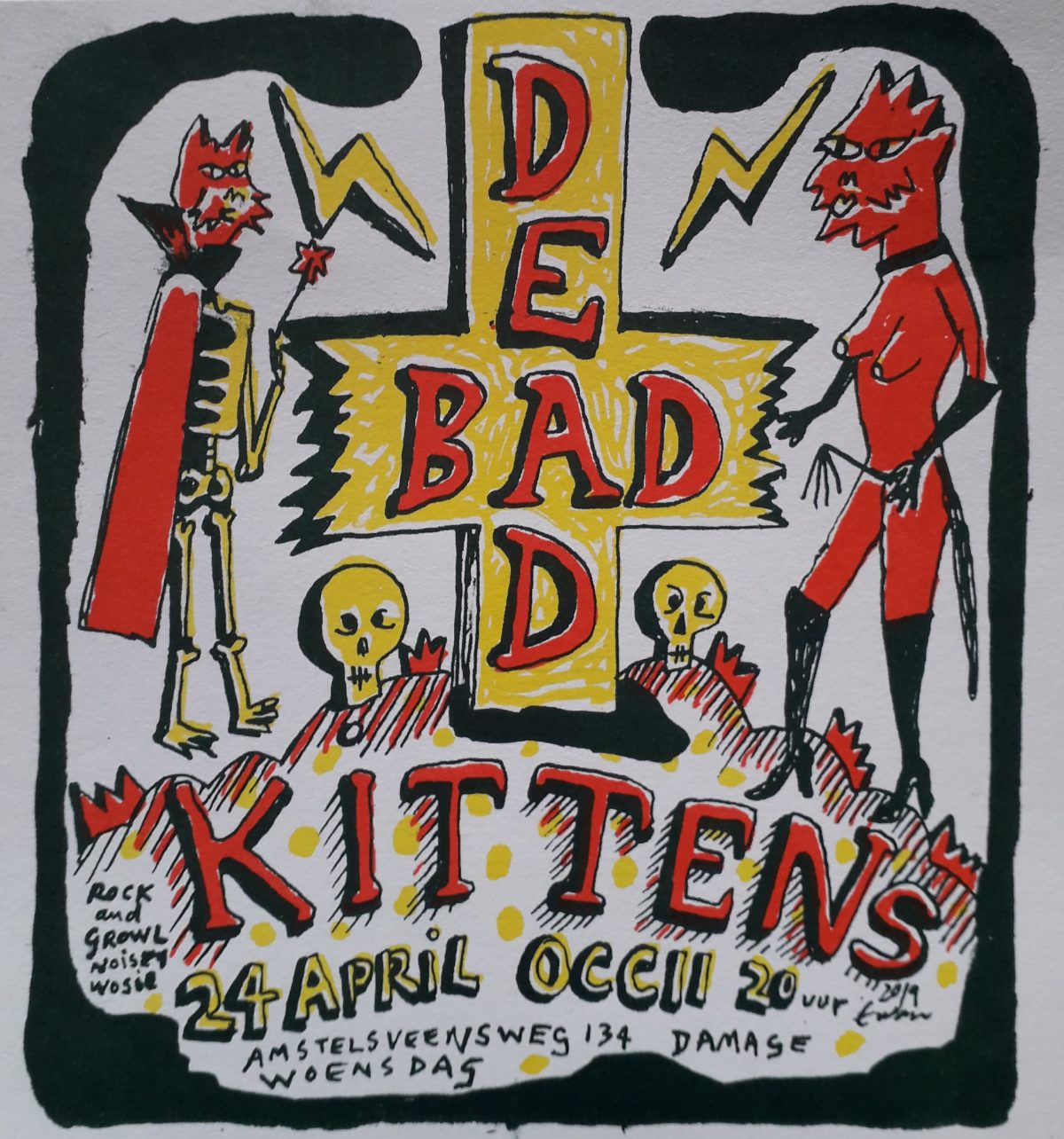 Dead Kittens is a band/duo from Berlin

KD: a record producer from Israel
Dirk: from the Netherlands

KD plays drums, synths, samples and does backing vocals
Dirk plays bass and screams a lot in the mic

If you’re looking for silky smooth harmonies, delicate rhythms and sophisticated rhymes, this is definitely not the kitten you’re looking for. While Bad Kitten are a lot of fun and a very entertaining live band, there’s no denying that they’re are as rough as a coyote’s arse. But in a good way.

On a good day, there’s three of them: Ewan Cameron on bashed-up acoustic guitar and lead vocals, Wim Elzingar on lap steel guitar, occasional wobble board and backing vocals, and Erin Woshinsky (often sporting a horse’s head) on singing saw. The instrumentation alone should give you some idea of the kind of music they make. As should the song titles, which include Way Out West, Wagon Train, Freight Train Billy, Bondage Blues, Panty Blues and The Spanker.

If you’re still struggling to imagine it, Bad Kitten make the kind of music you might hear in an abandoned Arizona mineshaft if it happened to be haunted by the ghosts of a gang of dead hobos. It’s weird, spooky and slightly unhinged. Ewan also writes the songs, and is therefore responsible for such unforgettable lines as “poor old Indian Joe — traded his totem pole for just a salad roll” and “like a fox, I’ll run and hide — found some hair, made a disguise”. There is also an abundance of scorpions, spiders and the occasional “evil clown”.

Genre-wise, it’s difficult to pin down. It may be stripped-back rockabilly. It may be hillbilly rock. It may even be down and dirty psycho-hobo-billy, if that’s a thing. Whatever it is, it’s raw, energetic, surprisingly catchy and well worth seeking out and enjoying if you get the opportunity.
~Karl