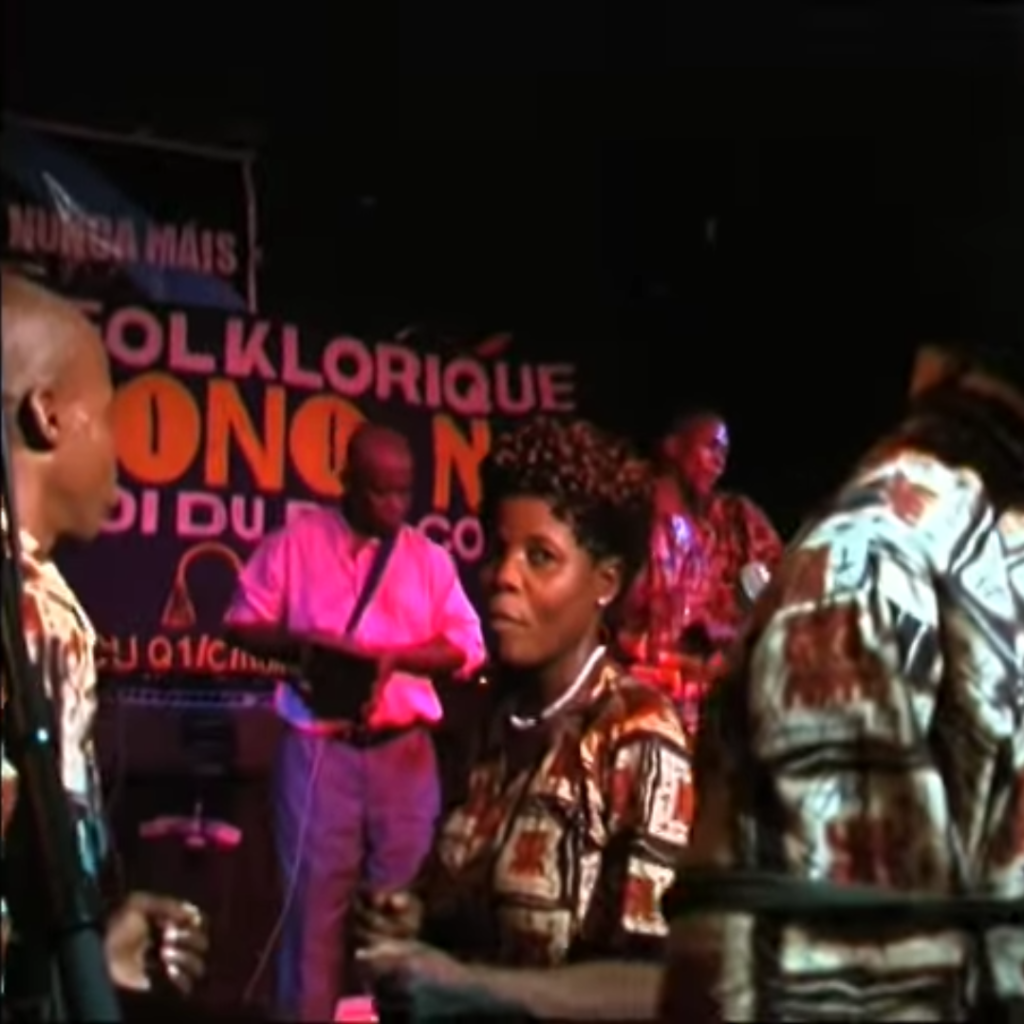 This is almost one hour of live registration of ORCHESTRE TOUT PUISSANT LIKEMBE KONONO NO.1 DE MINGIEDI (Kinshasa, D.R. of Congo). The Ex guitarist Andy Moor, who was on tour with the band already for some days before they came to the OCCII, borrowed a camera from a friend and decided to film the whole Konono N°1 concert. Arnold (in The Ex since 2009) found a copy of the film in the archives and decided this video should be shared with the world. We are sure the world will agree because no one can sit still watching this document and everyone will get into the congotronic trance. Enjoy with us.

On February 9, 2003 a twelve piece band from the Democractic Republic of Congo came to play at Amsterdam’s independent cultural center OCCII.

They were on tour through Belgium and the Netherlands together with Dutch underground band The Ex.

250 punks, rockers, jazzers and noisers were set to dance. Sweat was dripping from the walls and the ceiling. Smiling faces, twinkeling eyes and minds in a cross continental swirl.

It was a once-in-a-lifetime experience. This band would never tour in this line-up again. It was the start of a world conquest of what later would be called “Congotronics“.

The name of the band? 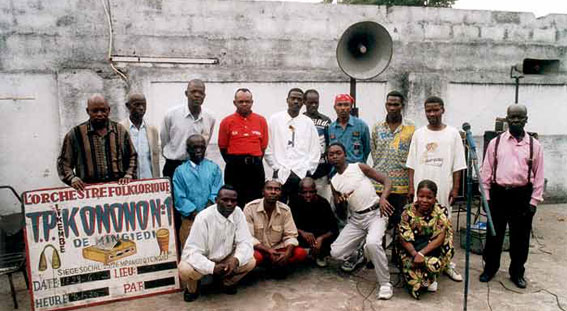 Konono N°1’s “Congotronics” album introduced the world to the strange and spectacular electro-traditional mixtures which are being concocted in the suburbs of Kinshasa, Congo. World music, electronica and avant-rock aficionados have all been equally amazed by this otherworldly music, which has driven the international press to come up with some surprising comparisons (from Can and Krautrock to Jimi Hendrix, Lee Perry and proto-techno!…).

The band was founded back in the 1960s by Mingiedi, a virtuoso of the likembé (a traditional instrument sometimes called “sanza” or “thumb piano”, consisting of metal rods attached to a resonator). The band’s line-up includes three electric likembés (bass, medium and treble), equipped with hand-made microphones built from magnets salvaged from old car parts, and plugged into amplifiers. There’s also a rhythm section which uses traditional as well as makeshift percussion (pans, pots and car parts), three singers, three dancers and a sound system featuring these famous megaphones.

The musicians come from an area which sits right across the border between Congo and Angola. Their repertoire draws largely on Bazombo trance music, but they’ve had to incorporate the originally-unwanted distorsions of their sound system. This has made them develop a unique style which, from a sonic viewpoint, has accidentally connected them with the aesthetics of the most experimental forms of rock and electronic music, as much through their sounds than through their sheer volume (they play in front of a wall of speakers) and their merciless grooves.

Konono N°1’s debut album was the inaugural release in Crammed’s Congotronics series, which is devoted to the exciting electro/traditional musical hybrids from the Congo.

The band appeared on the second album in the series, the multi-artist CD+DVD entitled “Congotronics 2: Buzz’n’Rumble From The Urb’n’Jungle” (2005).

The group collaborated with Björk on the song “Earth Intruders” from her studio album, Volta. They also accompanied her on her promotional tour for the album in 2007.

Konono Nº1 collaborated on “Imagine” for the 2010 Herbie Hancock album, The Imagine Project along with Seal, P!nk, India.Arie, Jeff Beck, Oumou Sangare and others. The song earned the Grammy Award for “Best Pop Collaboration”.

In 2011, Konono N°1 took part in the Congotronics vs Rockers project, a “superband” including ten Congolese and ten indie rock musicians (also including members of Deerhoof, Wildbirds & Peacedrums, Kasai Allstars, Skeletons and Juana Molina), who collaborated to create a common repertoire and performed at 15 major festivals and venues in ten countries.