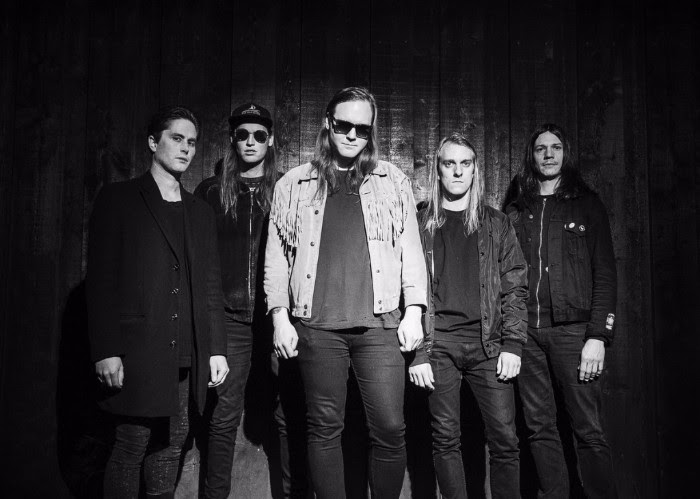 “Okkultokrati sound like they’re playing to you from a different dimension.”

Okkultokrati makes it their business to tear apart the rock ‘n’ roll guidebook and mash it in to vicious combat music for fans of punk, d-beat, black metal and generally anyone with a penchant for unsavory anthems delivered with inimitable attitude. They have earned a ferocious reputation for siphoning elements of disparate genres in to their toxic, distorted brew, a trait that can be observed across the whole of the Black Hole Crew collective encompassing Haust, Dark Times, Blood Suckers, Drugged SS, and others. Once the sheer slamming force of their tunes has sunk in, the iconoclastic quintet has a tendency to pull the rug from under the whole contraption, sending their tracks tumbling in to experimental and industrial forays that further their capacity to ensnare the listener in their bear trap.

“Okkultokrati is definitely rooted in punk, but in the same way that Venom and Motorhead is. Slithering, metallic black rock and roll with moments of crushing doom is the central theme.” – Brooklyn Vegan