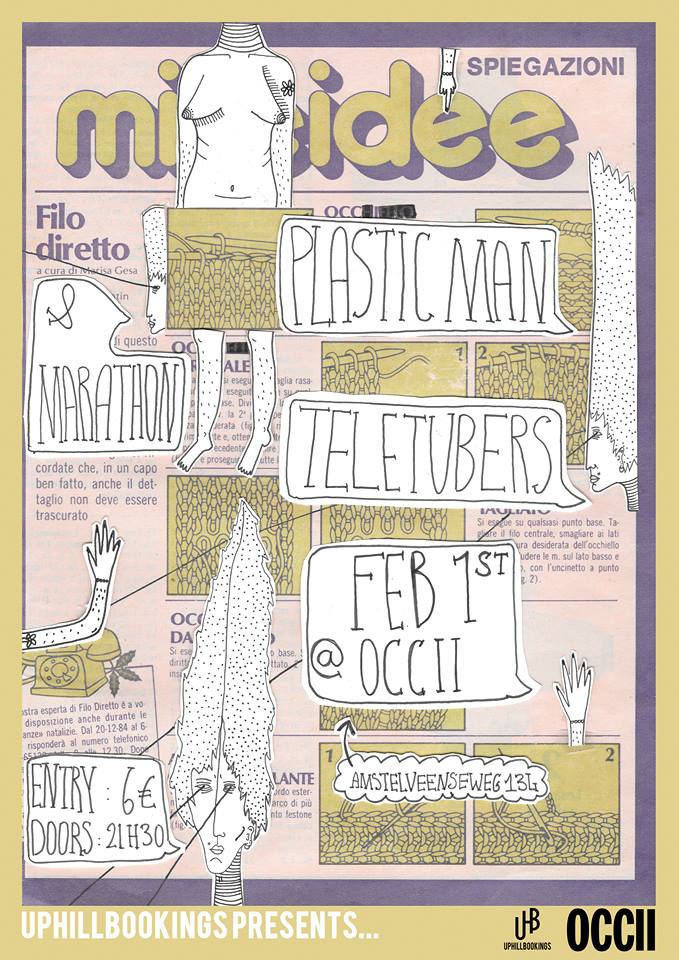 ⋯ Plastic Man (IT) ⋯
Plastic Man are an Italian psych band formed in 2012. Influenced by beat, psychedelic, nuggets compilations and late 60’s music in general, the band from Florence (Raffaele – guitar and lead vocals – , Donato – guitar and backing vocals – , Mattia – bass guitar and backing vocals -, , Giacomo – drums -) mixes retrò and modern styles producing songs with a neo-psychedelic flavour. Their music involves also other elements like acid rock, surf, progressive,garage punk and stoner. The effects on voice and guitar, such as tremolo, fuzz, delay and reverb, reveal their aim: reproducing a fresh, natural,genuine and up-to-date psych sound. Plastic Man’s first release is a 4 track EP in vinyl produced by Misty Lane (November 2013). After over a year of live shows in Italy and a tour in France (April 2014), the band’s debut album (“Don’t Look At The Moon”) is realesed in March 2015 on Black Candy Records.
The debut album came out on March 2015 via Black Candy Rds. After that the band keep on touring all along Italy for the whole year. At the beginning of 2016 the band lineup changes again, and starts touring Europe crossing Germany, France, Switzerland, England, Belgium and Holland. At the end of the same year the band is back in studio to record the second album, which is released on April 2017 via Annibale Records.

⋯ Marathon ⋯
Three young’uns from Amsterdam who create a cocktail of punk, rock and garage. Influenced by rack renters and slum landlords, they orchestrate madness and they will bring chaos with a tinge of anger and frustration.