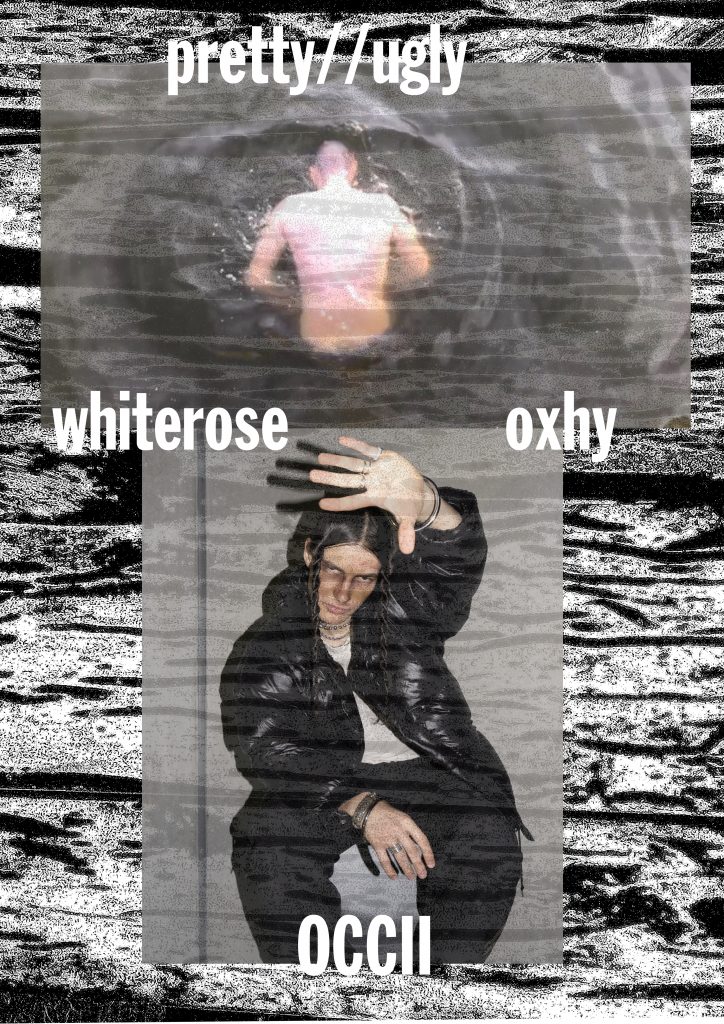 Consciously opaque with regards to his identity, Oxhy’s music comes in parallel to the global bass and trap-inspired ‘post-club’ scene, making conscientiously lo-fi, sample-based tracks that draw from a noisy post-industrial milieu of scarcity and fear. Oxhy’s ‘no holding back’ appears on the Xquisite Nihil compilation seize the means of production, also released via Quantum Natives, alongside other emergent artists of a similar vein, like UNITI’s Terribilis, Bala Club’s Uli K, Yves Tumor and dj save the nhs. The music is the logical outcome of a period of glossy pop fetishism for a generation of musicians reared on Abelton, where a combination of degraded audio and sinister sound bytes speak to a rejection of the seduction of the HD image.

Listen to Oxhy crazy good new album “if i could be an empty portal unto my love” here:
https://soundcloud.com/oxhy

DJ SERENE, OXHY, WhiteRose
Bookings are closed for this event. No tickets will be sold at the door