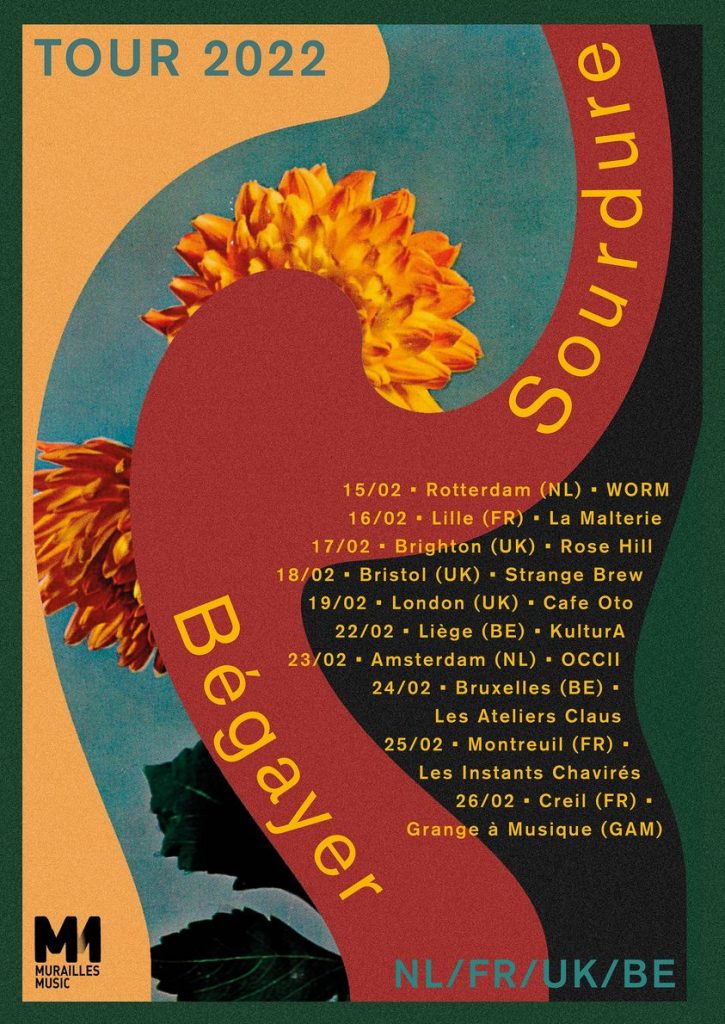 To celebrate 30 years of screaming at a wall, we bring a very very special (last minute) on the road show to OCCii.

Two alternative French-based artists, drawing on alternative sonic histories and using a fascinating array of instrumentation, and one is even singing in OCCiitan! Sourdure and Bégayer share breaking down the opposition between rural and urban music, between past and present, between scholarly and popular culture. Their music is fiery, risky and exciting. Here they come together for a beautiful journey in The Netherlands, England, Belgium and France.
Plus behind the decks our special guest DJ NUMPTY

**This promises to be a unique evening!**

Sourdure
Ernest Bergez – aka Sourdure – delves into the traditional repertoire of the Massif Central area and develops an idiosyncratic form of song writing, in French and Occitan.

New creation ‘ÉVOHÉ BÈGUE’ – Bégayer  in quintet :
Bégayer (the French word for “stutter”) pursue alternative folklores. To do this they employ French Chanson, Noise, echoes of music from faraway and long ago, modified radio transistors and other old electronic gear… 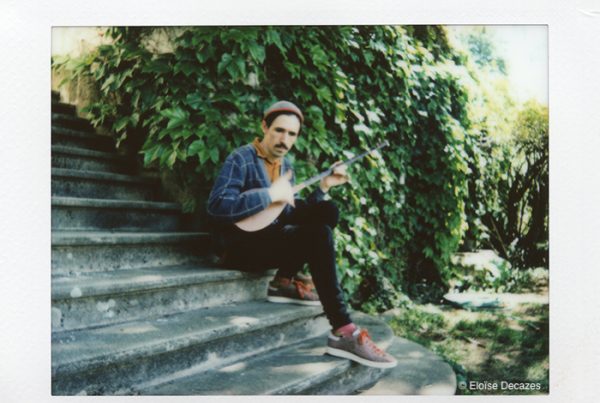 Solo under the name of Sourdure, he delves in the traditional repertoire of the Massif Central area and develops an idiosyncratic form of songwrinting, in French and Occitan. Prospective and empirical, his approach is found at the junction between a spirit of experimentation, a practice of violin playing and singing rooted in popular tradition, a poetic research in Franco-Occitan bilingualism and a long habit of cooking with various electronic tools.

With the creation of the quartet ‘Sourdurent‘ in 2019, alongside Jacques Puech, Elisa Trébouville and Loup Uberto, he dives deeper into Occitan writing and traditional inspired composing, seeking for a music of euphoria and communion with an assumed tropism for popular music from the Middle East and the Mediterranean coasts.

Sourdure continues his quest for unusual poetic and sonic forms on De Mòrt Viva, a concept album thought as a divinatory system, to be released by Pagans, Les Disques du Festival Permanent and Murailles Music in April 2021.

French songs, noises, rumors of distant and early musics, short and cruel poems, handcrafted instruments, radio-amplifiers, circuit bending and other wasted electronic devices, « Bégayer » (the french word for « stutter ») pursues a gesture for those without a folklore, for this culture of void, structured by the gloaming of popular habitus as well as glitches from noise music, influenced by the public squares as well as the swarming of numerical flows, for a original kind of wog-rapsodists.

French Chanson, Noise, echoes of music from faraway and long ago, modified radio transistors and other old electronic gear… After releasing several sets of raw, almost entirely improvised direct-to-tape recordings duplicated by hand in a workshop on the border of the Bauges mountain chain, the Bégayer Trio made new friends. Orphans without a home, they were welcomed like  brothers by the Parisian label Le Saule, spotted by the chic Geneva-based Bongo Joe Records, and thus were able to devote a year to the making their debut album, “Terrain à mire. Une maison rétive. Contrainte par le toit.”

Co-produced by the two families mentioned above, the album was a first beam in the musical structure laid by this trio of Alpine fellows: what they sought was the most exact form of mutt-itude, a nomadic journey through intentionally scrambled ancient musical signs by way of French, Italian and Arabic song, gleefully following René Char’s aphorism, later borrowed and translated by Hannah Arendt as “Our inheritance was left to us by no testament.”

Bégayer’s mission– in the name of those without tradition, the rejects of a culture of scarcity born in the twilight of popular customs amidst the screams of Noise on village squares and in the flow of digital swarms– is to create a hitherto unknown genre of hybrid gypsy rhapsody.

The culture of scarcity can be experiences as a kind of cruel joy, an occasion to bridge the unsteady interpretation of ancient practices with contemporary experiments and build upon singular variations and excess. Up to now, every stutter-song intended to produce a joyful though disquieting object whose obstinacy and cruel simplicity triggered a disturbance, a distancing, a studied thing that stares right back at us.

Now, with the support of Murailles Music, the trio has become a quintet working towards a new kind of concert: a ceremony with no beginning and no end in which concert-time and quotidian time merge in order to deliberately drain of any autonomy the temporality of performance. Through the vocals, the homemade percussion and other instruments, two immutable musical activities will be celebrated and brought to bear on each other: the song of the people, whose cry of hunger and togetherness breaks through the barrier between art and life – and the art of performance explored as communal effort to describe our times.