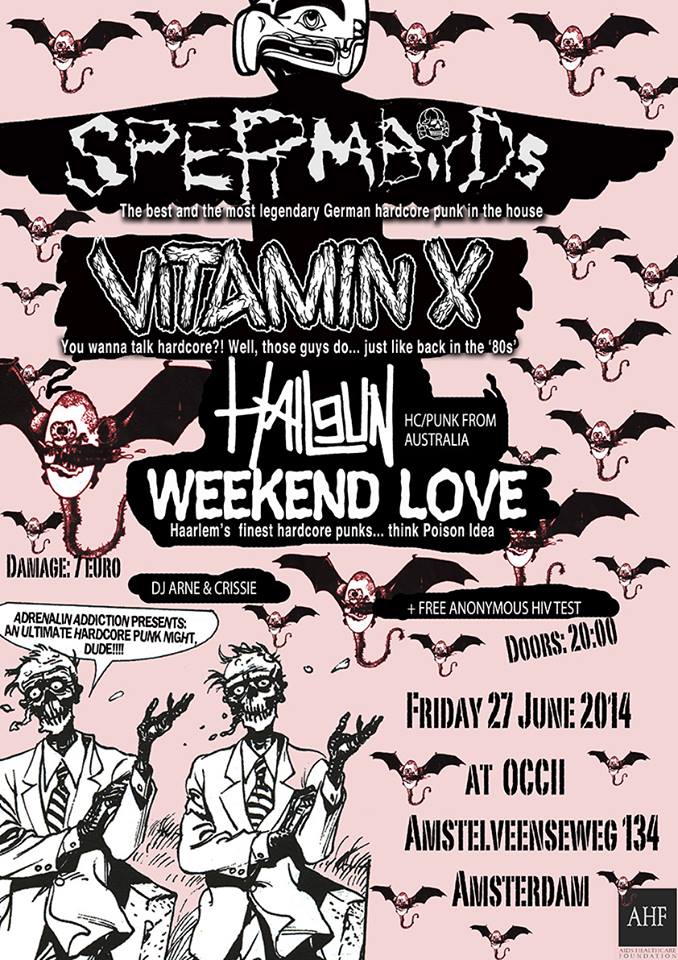 For more than 25 years, the Spermbirds have been one of Europe`s finest and best known Hardcore bands. While many of their old musical companions vanished long ago, the Spermbirds prove with their 8th studio longplayer “A Columbus Feeling” (release date: 3. September) that they are still alive and kicking – and that they haven’t lost their ability to broaden their musical horizon with every album. While sticking to their basics – intelligent hardcore and punkrock with catchy melodies, driving rythms and sarcastic/ironic yet intelligent lyrics – they again make their record sound different than the seven previous ones. New instruments (including even a banjo!), new sounds and musical directions are integrated into the band’s musical basics. “A Columbus Feeling” is the result of two and a half decades of musical experience.

What has happened in the last few years? In 2004, the last album “Set an Example” had documented the impressive comeback of the band´s original lineup. There were concerts all over Europe, a South Africa tour, the first Spermbirds-DVD “Me and my People” and as the latest highlight – an Australian Tour last year. Prior to this tour, the band had started to write and rehearse songs for a new album. The band took it’s time, knowing that their best records always resulted from a huge pool of songs to choose from. The best of them were then selected for “A Columbus Feeling” – and what a selection we have! There are classic punkrock-numbers like “Meet me in the Middle” with a catchy singalong-hookline in the chorus. There is classic Spermbirds stuff like “Try and stop us” or “Stacks and Piles”, but there are also examples of the bands newly achieved musical maturity. The title song “Columbus Feeling” for example, with it’s strong influence of country and blues. “Honestly” with its dark groove also adds a new layer to the bands musical portfolio. “Black in a Rainbow” has the hymn-like touch that recalls early Spermbirds classics like “Try again” in a modern environment. The whole record is full of new influences, and of a fresh spirit. Come on board when the Spermbirds explore new musical horizons. Experience with them the “Columbus Feeling”.

+
DJ Arne and Christian!
Playing all the punk, hardcore and 80ties hits!!

HAILGUN, SPERMBIRDS, VITAMIN X, WEEKEND LOVE
Bookings are closed for this event. No tickets will be sold at the door
Posted in HC/PUNK!