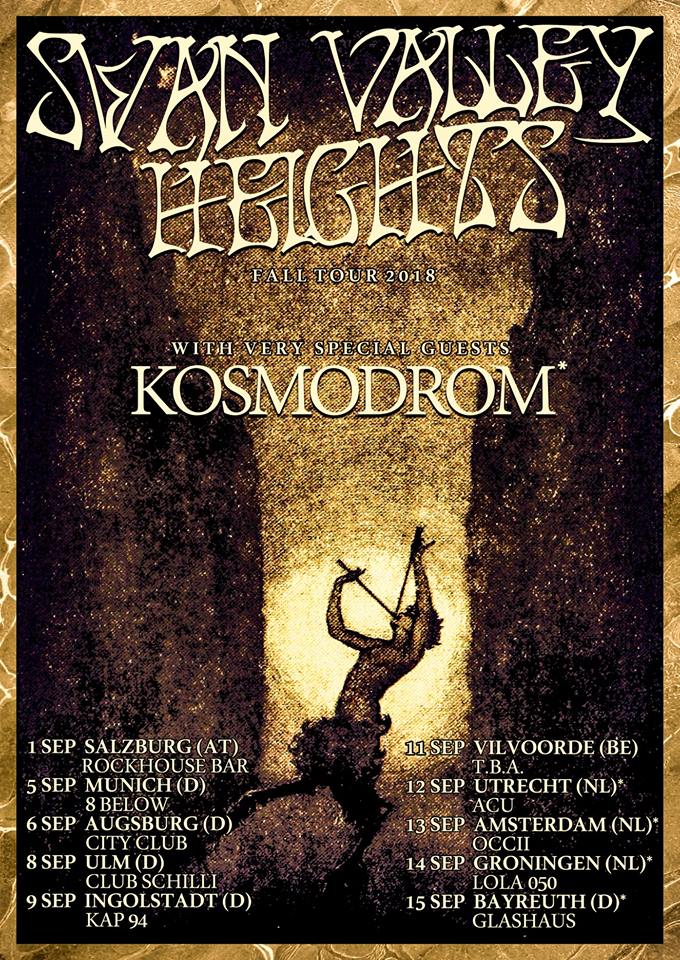 Swan Valley Heights
Hailed as almost everything from prog stoner to psychedelic fuzzrock to space grunge, the Munich and Berlin based three-piece that is Swan Valley Heights bewitches you with endlessly swirling
spacescapes, just to mow you down the next second with almost
obsessive riffcraft.
Swan Valley Heights released their self-titled debut album via Oak
Island Records, which was praised as one of 2016’s finest stoner
records by various fanzine heavyweights. The band will enter the
studio this fall to record their sophomore long-player.
After touring Germany twice during the last two years and playing
major festivals like VOID Fest and Keep It Low, Swan Valley Heights are keen on hitting Europe’s roads again in 2018.

Formed 2014 in southern Germany, Kosmodrom is kicking it off with their best combination of smooth flow and great riffs.
The instrumental group does not need any vocals to keep the audience going with their raw, groovy, spacy, stoner/sludge like sound.
The succesful EP “Sonnenfracht”, released back in 2015, brought them into business and the recently published full length album
“Gravitationsnarkose” made them an insider tip amongst experienced stoner rock fans.