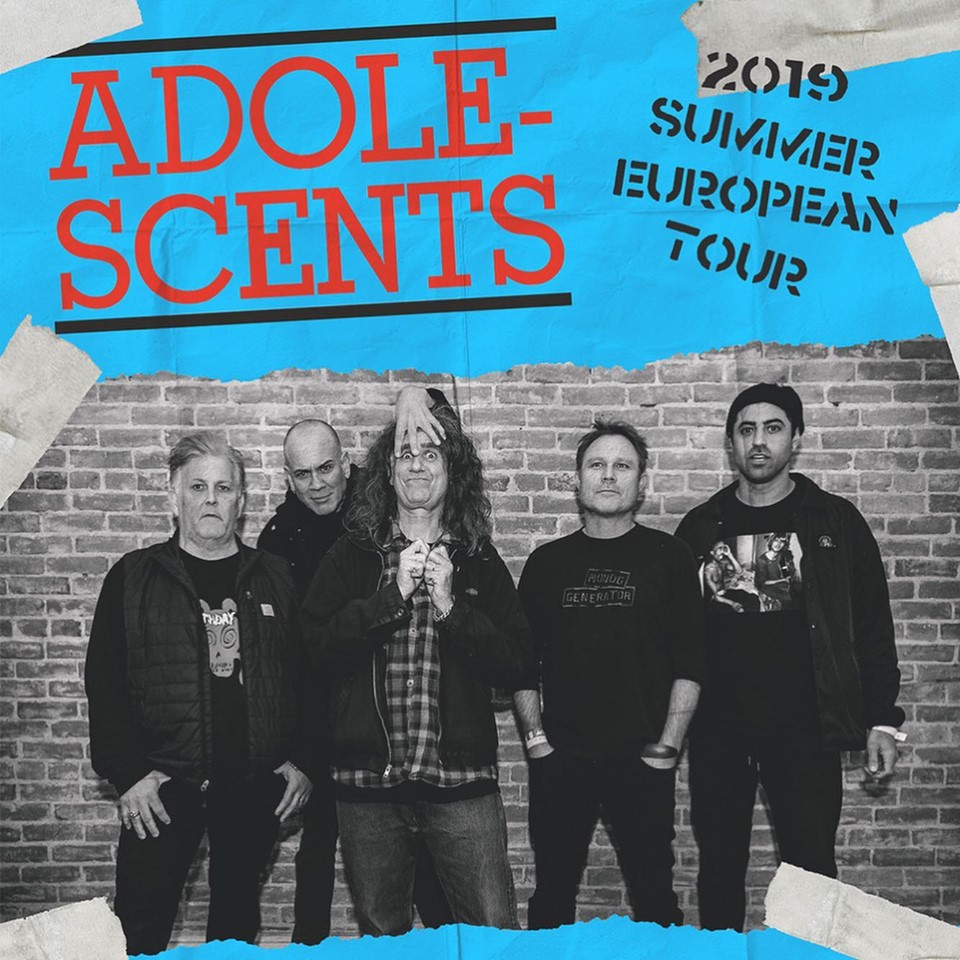 ★ Adolescents ★
are an American punk rock band formed in Fullerton, California in 1980. Part of the hardcore punk movement in southern California in the early 1980s, they were one of the main punk acts to emerge from Orange County, along with their peers in Agent Orange and Social Distortion.[1] Founding bassist Steve Soto was the sole constant member of the band since its inception, with singer Tony Reflex being in the group for all but one album.
After the untimely and devastating death of founder member Steve Soto this year the band chose to carry on in his honour with Leftover Crack / F Minus guitarist, Brad Logan stepping in on bass. Brad has now joined the band on a permanent basis and the band return to action for a EU/UK tour this year.

★ Network 76 ★
Amsterdam based punk band with members of Sick Mormons, Wanderlust and many others.