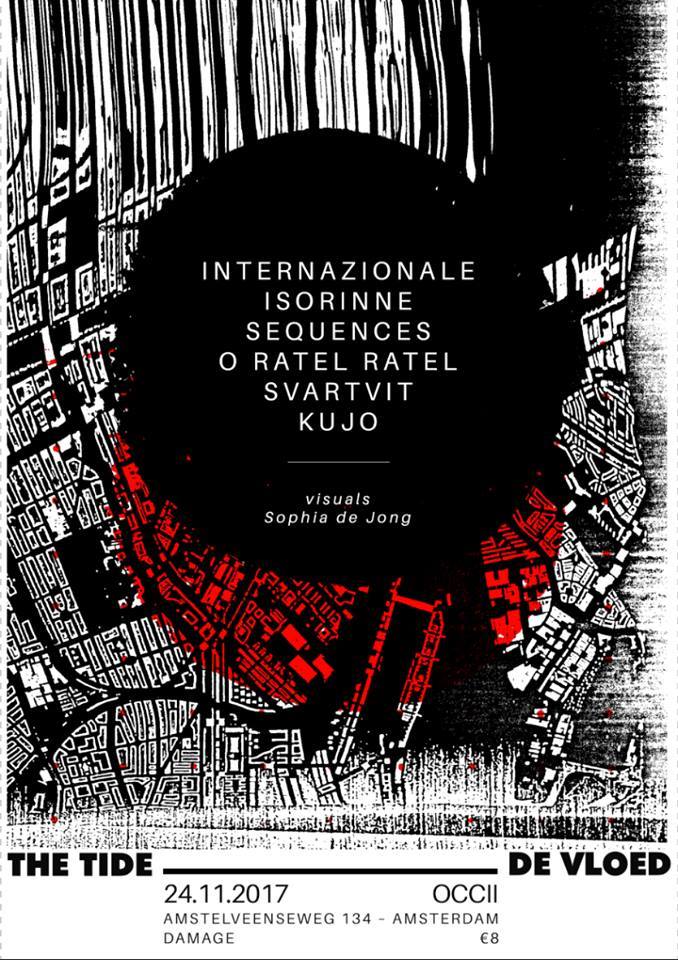 On the 24th of November, Zenevloed & the тide øf тhe εnd will host a joint showcase, where various artists will present ambient, noise and drone music.

Internazionale, one of the many artists name of the Danish artist Mikkel Dunkerley, started releasing Ambient and Drone productions under this particular pseudonym back in 2014. With vibrant and brisk sounds, Internazionale certainly managed to create distinct productions that invoke a sense of melancholia, having released on multiple labels such as Total Black, Janushoved, posh isolation and Cønjuntø Vacíø.

Born in Stockholm, the Swedish artist Michel Isorinne is well known under his alias Isorinne having released under labels such as Northern Electronics, Field Records and Infinite Waves. Receiving a lot of recognition together with Varg, Isorinne also had a couple releases under the moniker D.Å.R.F.D.H.S. Isorinne adeptly invigorates his productions by invoking his otherwise organic sounds with cold and hard synthetic elements, creating an unholy union in the process.

Sequences debuted back in 2010 with a 23-minute collaboration with Anji Cheung, named Vessel of the Earth. Setting down the foundation for his future releases, in particular on his own label Audio Visuals Atmosphere, his works tend to build up an atmospheric suspense while dragging you into its hypnotic allure. While some of his tracks may feel vibrant, they generally have a dark undertone, as if they are foreboding dark and dreadful events.

Kujo is a sound artist from Beirut, whose philosophy behind the project is in parallel with the concept of his record label Modular Mind. The aim is to acknowledge the past but also to push the envelope of current electronic music experimentation, a core element of the project is to challenge sonic expectations as well as creating cultural spaces based around the sound experience.
Kujo also runs Modular Mind Mastering which caters for an underground network of labels in the techno, ambient & experimental electronics realm ranging from Tokyo / Seoul through to Beirut / Paris & Berlin.

Dutch artist Kevin Jansen, more known under his artist name Svartvit started back in 2008 as a noise project. Initially kicking off as a study of textural noises, it grew out to be a source of catharsis; venting both his anger and frustration. This emotional channeling is something that can definitely be felt in both his performances and productions. Eventually Svartvit founded his own label; the tide of the end, while also having published on labels like TESCO ORGANISATION GERMANY and Instruments of Discipline.