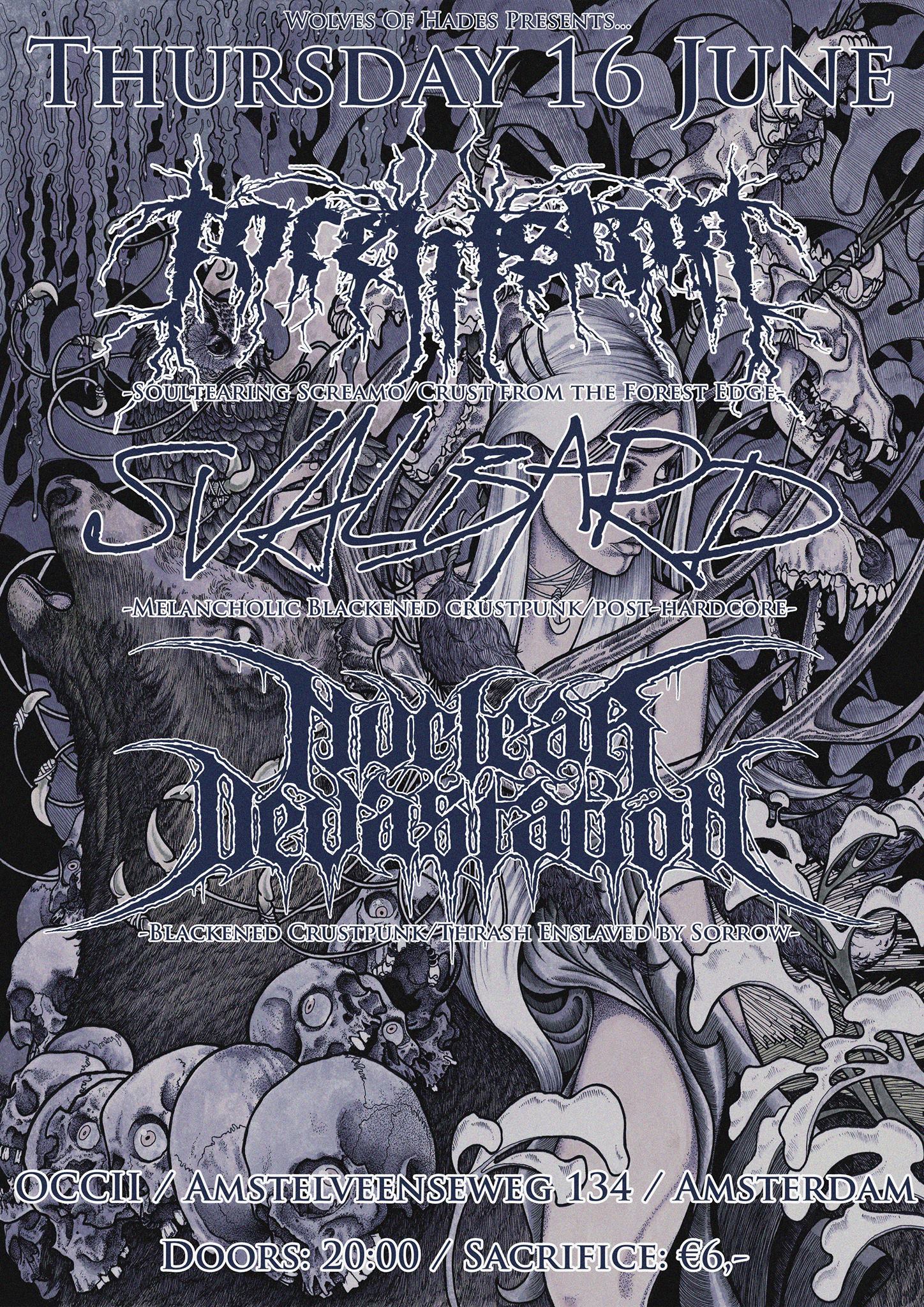 These savage kids released their second full length “Weltschmerz” which has taken taken a decidedly more chaotic and relentless sonic direction with these recordings. The Heart remains the same shape, but the wounds got deeper, and the blood got darker. Leaving us with a more dark and agressive sounding soundscape of PURE fucking raw emotion.
Bid farewell to feeling good, because this band will hit close to home and leave you in sorrow and agony during their set of pure raw emotion, chaos and riffs colder than the swedish permafrost!

“Why man, he doth bestride the narrow world like a colossus, and we petty men walk under his huge legs, and peep about to find ourselves dishonorable graves.”–William Shakespeare, Julius Caesar”

Svalbard effortlessly combine elements of post-hardcore/crust/post-rock/black metal, bending and blending it into something entirely their own. This doesn’t mean this is a band that are difficult to understand, nor are they a sprawling, disjointed mess. Instead we are presented with a band that know exactly how to write incredible songs without ever compromising an astonishing scope of sound.

Svalbard have kept a protective eye upon their output in every sense – knowing when to hold back and being keen proponents of a ‘less is more’ philosophy. This has slowly, but tangibly, built an electric anticipation towards ‘One Day All This Will End’, their debut album.”

Amsterdam Metalpunk horde Nuclear Devastation are among the newer dark and chaotic bands that combine the rotten sounds of Swedish Death Metal, Thrash Metal, Crustpunk, and Blackened Hardcore.
These lone wolves play a savage mix of Motörcharged riffs, relentless apocalyptic d-beats and guttural screams that create a maelstrom that will cast the listener straight into oblivion.
Performing live rituals with an energy of raw power that will surge into a frenzy of adrenaline and destruction.

They are currently working on their first full-length assault, which is hoped to be released this year.