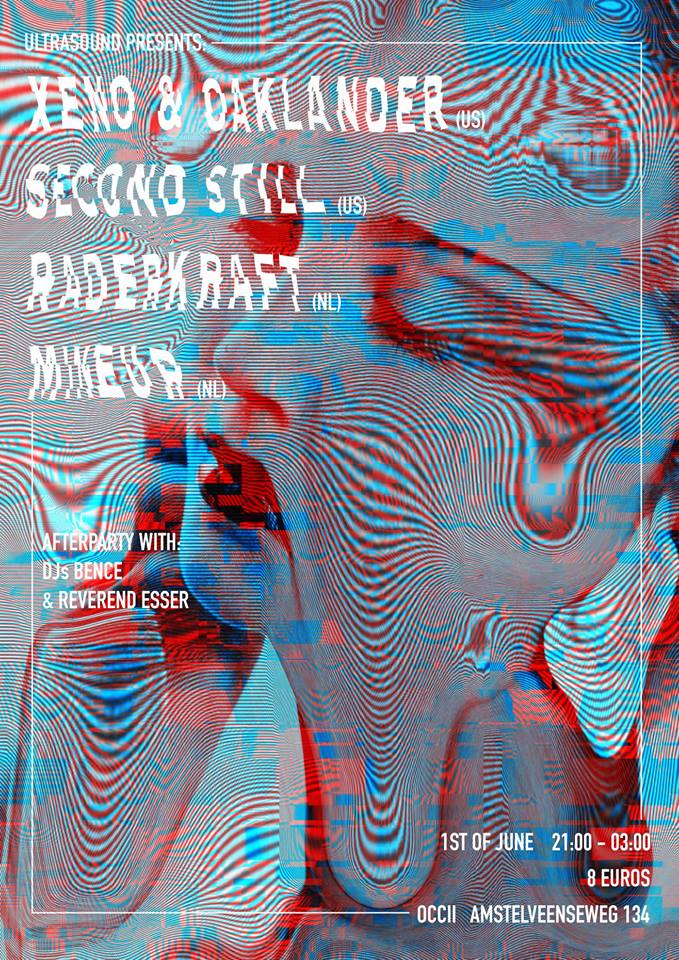 Xeno and Oaklander are a minimal electronics girl/boy duo, based in Brooklyn, NY.
Liz Wendelbo is French / Norwegian and Sean McBride is from Maryland. Xeno & Oaklander cross the line between music and art. They record their songs live in their Brooklyn studio and play analog synthesizers and instruments exclusively. They have worked with NY producer Chris Coady, and have recorded with producer Drew Brown at Hospital studios in London. They have toured the US, Europe, and Russia numerous times, and they play extensively in New York in music venues, art establishments and festivals such as Bersertown, the Moog showcase at SXSW and WGT. They have also performed at SF Moma, PS1 Warm Up, Miami Art Basel, the Zurich Kunsthalle and the New Museum in New York.

Second Still is a three-piece post-punk/coldwave band from Los Angeles, CA. Combining the definitive sounds of French coldwave with the unconventional time signatures of No Wave, then layering that hybrid with hauntingly beautiful vocal melodies, Second Still crafts a sound soaked in nostalgia but also one that marches onwards towards the future.

Combing the 80s underground for only the best of influences like Xmal Deutschland, Garlands-era Cocteau Twin, Asylum Party, and Opera De Nuit, Second Still invokes the classic wave of La Vague Froide as their sound washes over you.

Raderkraft is a solo project by Willem Stinissen based in Amsterdam the Netherlands. In December 2016 he released his first 4 track EP “Keine Richtung” on Testlab Records owned by legendary Dutch producer/DJ and pioneer of the Dutch wave scene Eddy de Clercq.
With his powerful 80’s analog sound floating somewhere in between electro, new beat and wave he impresses many live on stage. Don’t miss it!

The music of Mineur clearly has a foundation in 80’s new wave but also draws influences from later decades. Mineur tries to explore the crossroads between pop songs and more experimental sounds attempting to find a balance between electronic music and rock. His second EP will be released later this year by The Tide Of The End.