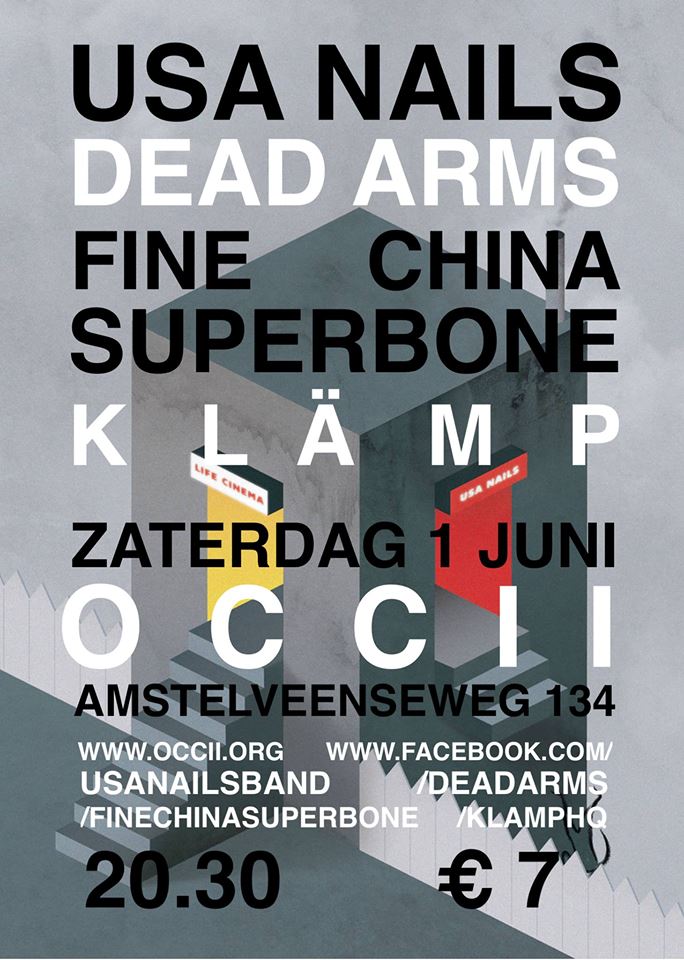 USA Nails, from London, makes the kind of punk rock that is as topical as punk rock at its best always has been – direct, with hooks that don’t let you go, with a sarcastic kind of humour and lyrical topics that are sometimes typically British but often typical for western society as we know it. One could say that on a superficial level the musical parallel to a band like Idles is apparent, or say Mclusky. Yet, loud and angry and sometimes blunt, USA Nails’ noise always has their own nuance to it, an undertone. Add to that a love for no-wave and noise rock and you have a band that sounds like none other.

The band’s gigs are truly something else. Anecdote time: Last year they played the Best Kept Secret festival in the wee hours. With an audience wilder than at any of the other gigs on the festival, the band conveyed an energy that was welcomed by a crowd standing centimeters or less away from the band. At a certain point, an audience member bumped (or was thrown) in the direction singer/guitarist Steven, who subsequently got his guitar in his face mid-song. The punch was apparently too much for the guitar but not for Steven who only seemed more energetic while continuing to do the vocals of the song and the rest of the gig, that still stood tall with one guitar less.

With members that previously played or still play in Oceansize, Kong, Future of the Left and Silent Front, the band members have all that it takes to take their music to the next level. The fourth album Life Cinema will be released on May 10th though Hex, Dipped in Gold and Bigoût.

On tour with USA Nails is Dead Arms, conveniently sharing one member. Dead Arms is another band whose members have years of experience in playing In UK underground bands; Death Pedals, Los Bitchos, Roll Call For The Second Site, It Often Takes A War. Their music, similarly to USA Nails, is not for the faint hearted, yet moves closer to garage rock territory. Of the vilest kind, that is.

Dead Arms also is coming along with their new album, titled Simply Dead, and speaking purely speculatively, it sounds like a reference to a ginger-haired singer that had big hits in the 80s and 90s. Imagine the polar aural opposite of his sound and, again, purely speculatively speaking, you’re presumably close to how that album is going to sound.

KLÄMP is the sound of three escaped Brits holed up in the legendary Hague Bunker, waiting out what some might call the terrible decisions of the political class. Dirty fuzzed out noise recorded in a building literally called Dystopia. If that’s not a description I don’t know what is. Former members of Mugstar, Manatees and Geisha.