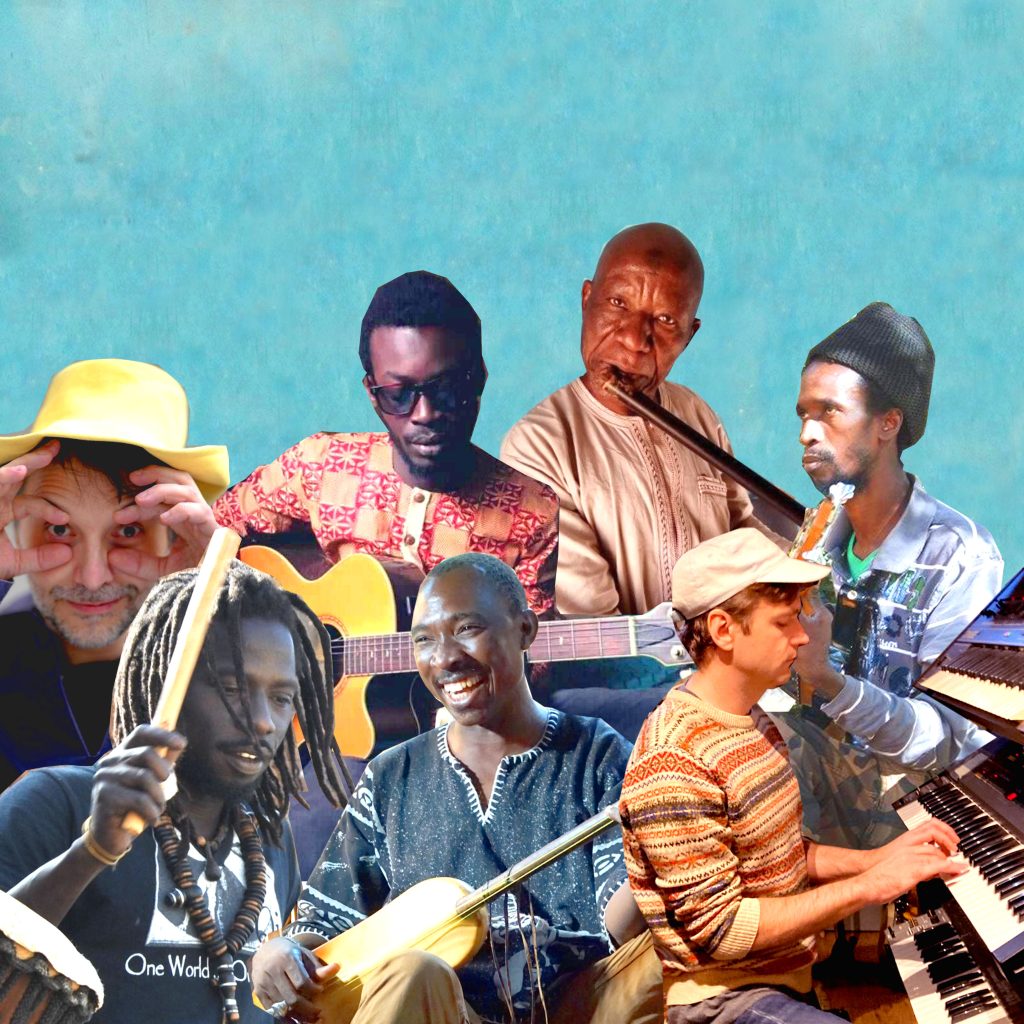 WAU WAU COLLECTIF
“Airy, dreamlike music as generous as it is joyous” – Pitchfork

“As a lot of the world sinks into introspection and soul-searching, it’s refreshing to hear music
that seems to celebrate the very act of creating.” – Boomkat

BHAJAN BHOY …aka Ajay Saggar…releases his second album titled “Shanti Shanti Shanti” at the start of November 2022, and to celebrate this, he plays a show at Occii on 27 October. He will be joined by his Raga Arkestra [Arvind Ganga -guitar, Holly Habstritt-Gaal – saxophone, Onno Govaert – drums & Aaron Lumly – bass]. Expect a night of deep spiritual psych jams. AND you get the chance to purchase the cassette album before its official release date.

“a gloriously blissed out set”—  (The Wire) 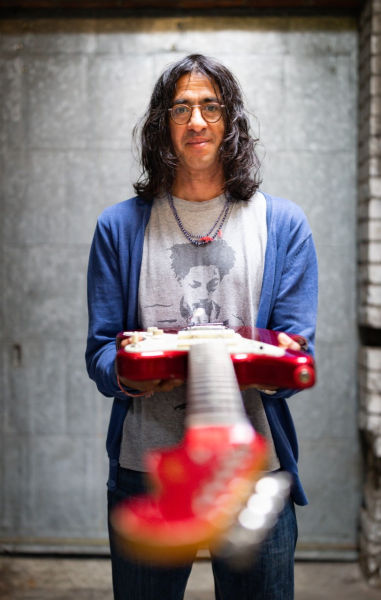 Rebel Up! organises global ethnic nights in Amsterdam (NL) & Brussels (BE). It’s all about sounds from the global underground, no borders remain untouched.

BHAJAN BHOY & His Raga Arkestra, DJ SEBCAT, REBEL UP! DJ'S, Sahel Sounds, WAU WAU COLLECTIF
Bookings are closed for this event. 86 tickets will be sold at the door 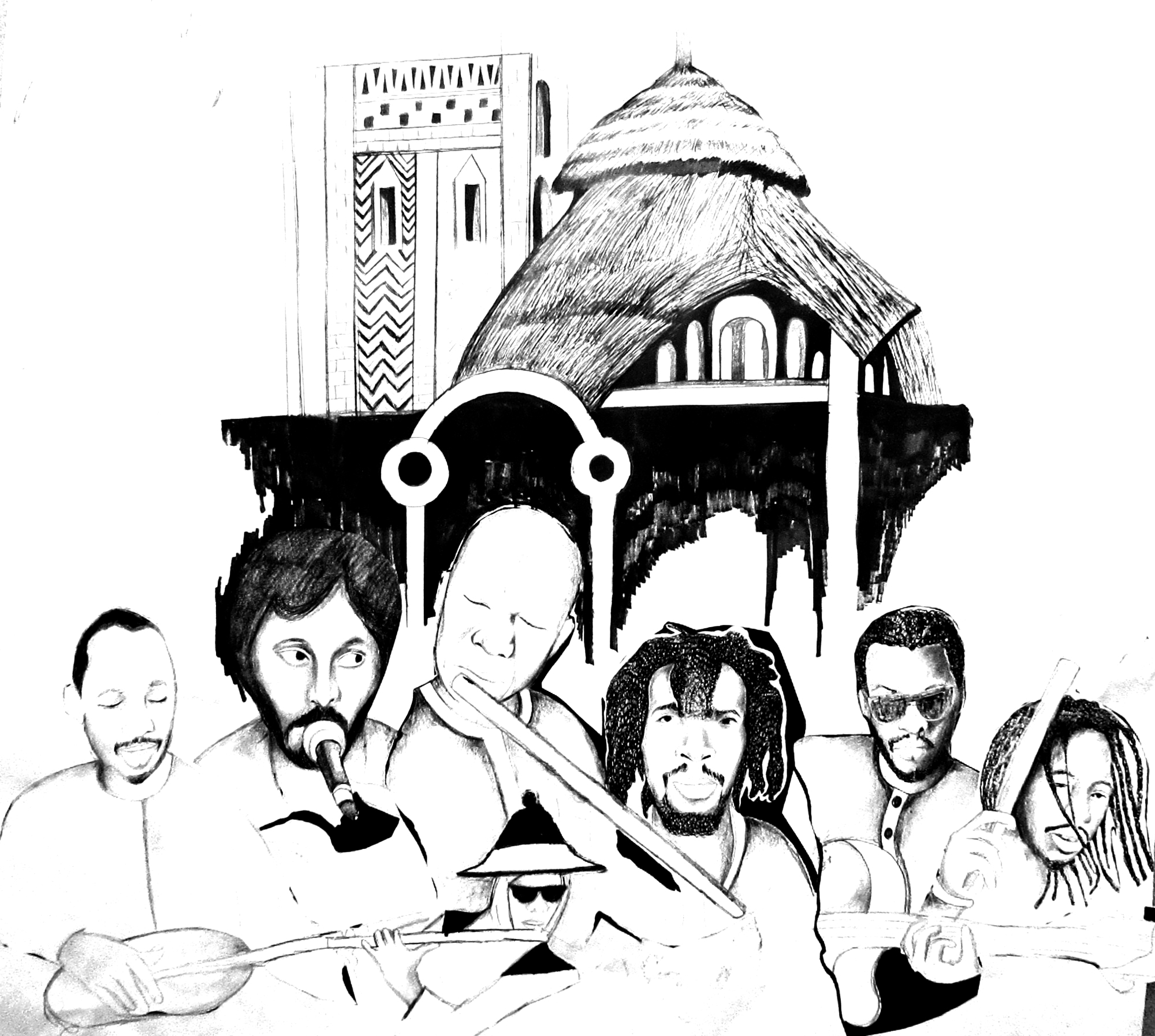 Wau Wau Collectif’s second album, Mariage, is instilled with a newfound sense of purpose.
Expanding upon the inspirational themes of their acclaimed 2021 debut, Yaral Sa Doom
(Educate The Young), this long distance collaboration from musicians in Senegal and
Sweden is an even more stylistically expansive affair. Joyful children’s songs collide with
fuzzy guitar solos and thumping hip-hop beats. Shimmering synths lift off from the plunky
percussion of the balafon and versatile sounds of the 22-string kora. Familiar voices from the
first album return with more explicitly political lyrics, while the music feels both rhythmically
dense and sonically weightless, flowing from one spellbinding moment to the next.

During his time at an artistic residency in Toubab Dialaw, a former fishing village now home
to a thriving musical community, Sweden’s Karl Jonas Winqvist joined a series of improvised
jams at the arts hotel Sobo Badé, playing omnichord next to traditional hand drums and
stringed instruments. After 60 days, he was about to return to Stockholm before a pilot strike
left him grounded for another week. Winqvist and the Senegalese musicians took this as a
sign they should record the songs they had been jamming together with the help of producer
Arouna Kane. Winqvist then brought these tapes home, and began trading overdubs with his
collaborators over WhatsApp, as they encouraged him to “bring some Swedish style into it.”
The result was an album of dreamy, featherlight songs with over 20 contributors, described
by Pitchfork as “uniformly gorgeous and brimming with mutual pleasure.”

Some of the rhythms that laid the foundation for Wau Wau Collectif’s second album were
recorded during that same trip to Senegal in 2018, with a core group of musicians who may
now be familiar to fans of their debut. These include flute master Ousmane Ba, whose softly
rippling tone punctuates the bounce of “Necessaire” and frantically dances throughout
“Mariage Force.” On “Baye Kate”, rapper Babacar “Babadi” Diol growls and rolls his Rs over
swirling synths in a heartfelt tribute to farmers. Arouna Kane’s echo-drenched vocals return
on “Le repair spirituel,” before he removes all effects on intimate closer “Liguey Len,”
strumming so quietly that you can hear cars honking and crickets chirping in the background.
For their second album, band members from each country were inspired to include a wider
array of instrumental flourishes unique to their cross-continental collaboration. “Yay Balma”
revolves around the cycling riffs of Jango Diabaté’s xalam guitar, as this song’s fuzzy tones
and soaring sax solos open side two with a bang. “Pitchi Goubidi” provides a stark contrast,
with the kora played like a harp and Gilbert Badji’s gravelly lyrics about “the bird of the night”
disappearing into dubbed-out chamber pop. Winqvist’s omnichord hovers back into focus on
“Yonou Natangue,” a free-floating jam that maintains the messages of Wau Wau Collectif’s
debut, promoting youth education to address the social issues facing contemporary Senegal:
“Peace is the better wealth / The way to wander.”

“As a white Swedish person, it’s really tricky to put music like this out,” Winqvist concludes.
“What kind of project is it? What kind of band is it? There are many choices we could have
made. I could never dream of having my Senegalese friends’ fantastic feelings of rhythm, but
it’s really exciting to mix our cultures. What I’ve learned is that by listening to other people’s
ideas, and bringing some ideas into theirs, you can create something entirely new.”