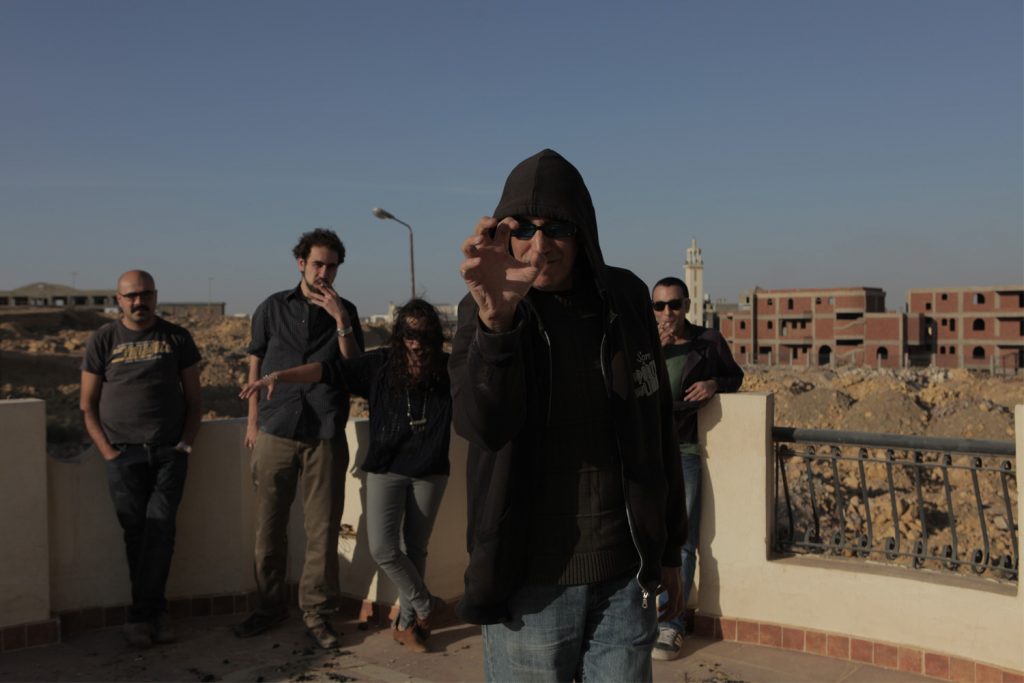 Cairo based El Ayadi El Khafeyya (The Invisible Hands) play dark folk music, with both English and Arabic lyrics. Four of their members are from Cairo, except for founding member Alan Bishop, best known for being part of the legendary Sun City Girls that existed until 2007.Bishop is also co-founder of Sublime Frequencies, a Seattle based label that records and releases music from various parts of the world. Since 2011 Bishop has lived in Cairo and played with his new band The Invisible Hands. They have released two albums so far: their self-titled debut album, and Teslam, which was widely acclaimed. They’re about to go on their first tour outside of Egypt. Over email, Bishop spoke with us about the music scene in Cairo, working with the graffiti artist Alla Awad, and what The Invisible Hands are looking forward to during their first international tour.

Could you tell us a little bit about the DIY music scene in Cairo?

The scene is very small and there is little infrastructure, venues come and go, most places require the artist to rent a PA system and very little money can be made. There are a few exceptions – festivals happen every year and there have been a few good shows. Opportunities have been constantly in flux due to a variety of reasons.

What is your favourite place for listening to music in Cairo?

Riding in taxis listening to the radio or the driver’s flash drive. 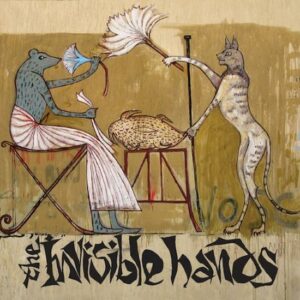 The cover of your first album was made by the painter Alaa Awad, who is well-known for his street art and graffiti. How did you meet him, and how did the artwork that he did for the first Invisible Hands album come to be?

We saw his graffiti and then found him and met with him and he was happy to be involved in the project. He is based in Luxor and his work is outstanding.

You’ve described the political unrest in daily life in Cairo as a logistic difficulty to get to band practice with the sudden curfews at night. What is the current vibe in the music scene in Cairo, is it one of optimism, or are there concerns about the future?

The curfews ended in November of 2013. There are always concerns about the future, some are optimistic and others not. But this is similar to how things are all over the world. The location and daily lifestyle may be different yet the mood of impending uncertainty and lack of creative opportunities is universal.

What are you looking forward to most during your upcoming European tour with The Invisible Hands?

Getting to perform with monitors onstage and decent sound systems so that we can actually hear what we are doing.