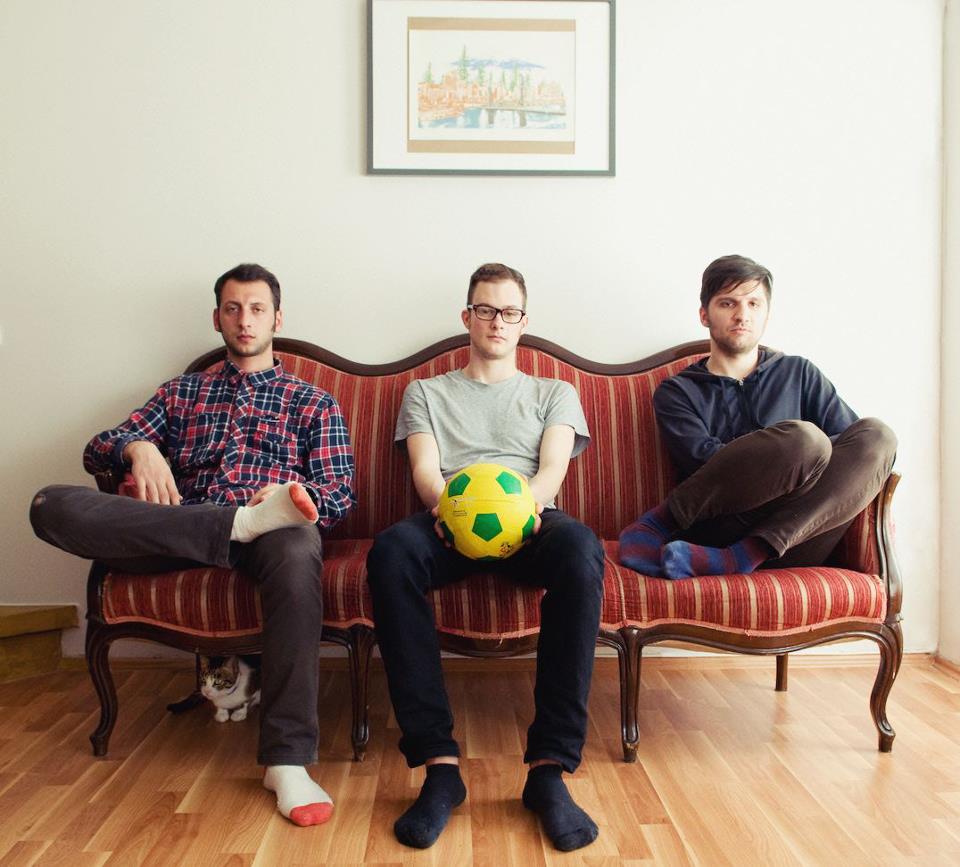 Foton Kuşağı is an indie band from Istanbul that is often compared to Dinosaur Jr.. They’re planning their first tour this fall and will visit four countries. For two of the band members, it will be their first time crossing Turkish borders. At the moment they also have a week of protests at Taksim Square behind them.

Like many of their fellow townsmen they protested the demolishing of one of Istanbul’s very last public parks. And, after protesters encountered police violence, the protesters deonstrated against the oppressive authoritarian regime of Erdoğan. But now the band is back to practicing their songs and studying for university exams. Downtown the demonstrations continue but they are busy online looking up visa requirements for their tour. We speak to them via Skype on the tenth day of the protests.

It doesn’t happen very often that academic education is so hands on. Guitarist and singer Paul Benjamin Osterlund (25) had just finished writing his masters thesis on urban gentrification in Istanbul when the demonstrations started. “I argued that the authorities manipulate history to aid in the implementation of non-consensual urban transformation projects”, he says. “I think this time the public saw through it, and they decided that they weren’t going to accept it”.

Paul was at Taksim Square on that first night when the police violently attempted to break up the peaceful demonstrations on the square. “There was a lot of tear gas and chemicals, but we weren’t hurt”, Paul says. Even though he demonstrated on most of the protest days, he had to take some days off. “It’s ironic, I have to defend my thesis tomorrow at the university, and so I had to rewrite my chapter on the Taksim Square and Gezi Park. I wanted to add that these protests show that the public are no longer accepting these manipulative urban transformation projects”.

Paul and his bandmates Enes and Alper are hanging out in front of the computer before band practice. First we talk through Skype, but later when the connection gets bad we speak through Paul’s cell phone. Sometimes they discuss their answers first in Turkish. Although Alper Erkut (24) and Enes Tüfekçi (25) both grew up in Istanbul, Paul is from the US. He first traveled to Istanbul in 2008 for an exchange program. A few years later he returned for an MA in Turkish studies. They’ve played together as Foton Kuşağı since 2011. Their band name is ‘some astronomical physical concept’ – “I still don’t really know what it means”, Paul confesses. “We were talking about the name, it had to be a Turkish name, and this one simply sounded good”.

communities
All three are self taught musicians. They learnt to play by listening to the music they liked. “Growing up in the US is different than here”, Paul says. “I’ve been buying records since I was very young, but Alper and Enes discovered a lot of music on the Internet. Mostly from a website called www.noizine.net that is run by this old school dude who knows a lot of cool bands from the nineties. My bandmates met a lot of people through that website. In high school nobody liked what they liked, and actually that was my experience as well. We were the only people in school who were into punk. But later we found communities of people who listened to the same music and who we could relate to in other ways”.

They’re very enthusiastic about the Istanbul music scene. “The indie community is small but it’s cool here”, Paul says. “There aren’t many venues, but some of them are really cool. There’s absolutely a DIY scene here. People are really committed. Alper has been booking shows since he was in high school. People book bands from Europe and the US. I like it that people are so open minded here. In Portland there are so many bands in such a small city that some people only listen to metal, or grind core. But here people like different kinds of music. And they listen to A LOT of music. Public transport is the place to listen to music, it seems. That’s a fact of life here, you spend an awful lot of time in traffic – on the bus or the ferry or the train”.

basement
But even though people listen to a lot of music, being an independent musician in Istanbul isn’t always easy. “When I lived in Portland it was much easier. We would just walk down to the basement to practice, but here you have to rent a studio. Living in the city can make it hard to make music together. Luckily we all live on the same side of the city and we can practice regularly. The studios are affordable, at least split three ways”.

Foton Kuşağı’s first album came out in May 2013 and was mixed by Alex Gaziano, Paul’s former bandmate from Portland. “He saved us. We were recording this album and we didn’t really know anything about mixing, but then Alex offered to mix it for us. He is a talented musician and recording engineer. He has his own company that builds tube amplifiers that sound incredible. We just said to him: ‘Take it and do what you want with it’ – we completely trusted him”.

Except for the international collaborations, Foton Kuşağı hasn’t played outside of Turkey yet. “We just really wanna tour. That’s our dream. None of my bands from the US ever toured, and my bandmates haven’t even left the country, so we, as people and as a band, really wanna tour. More than anything”. 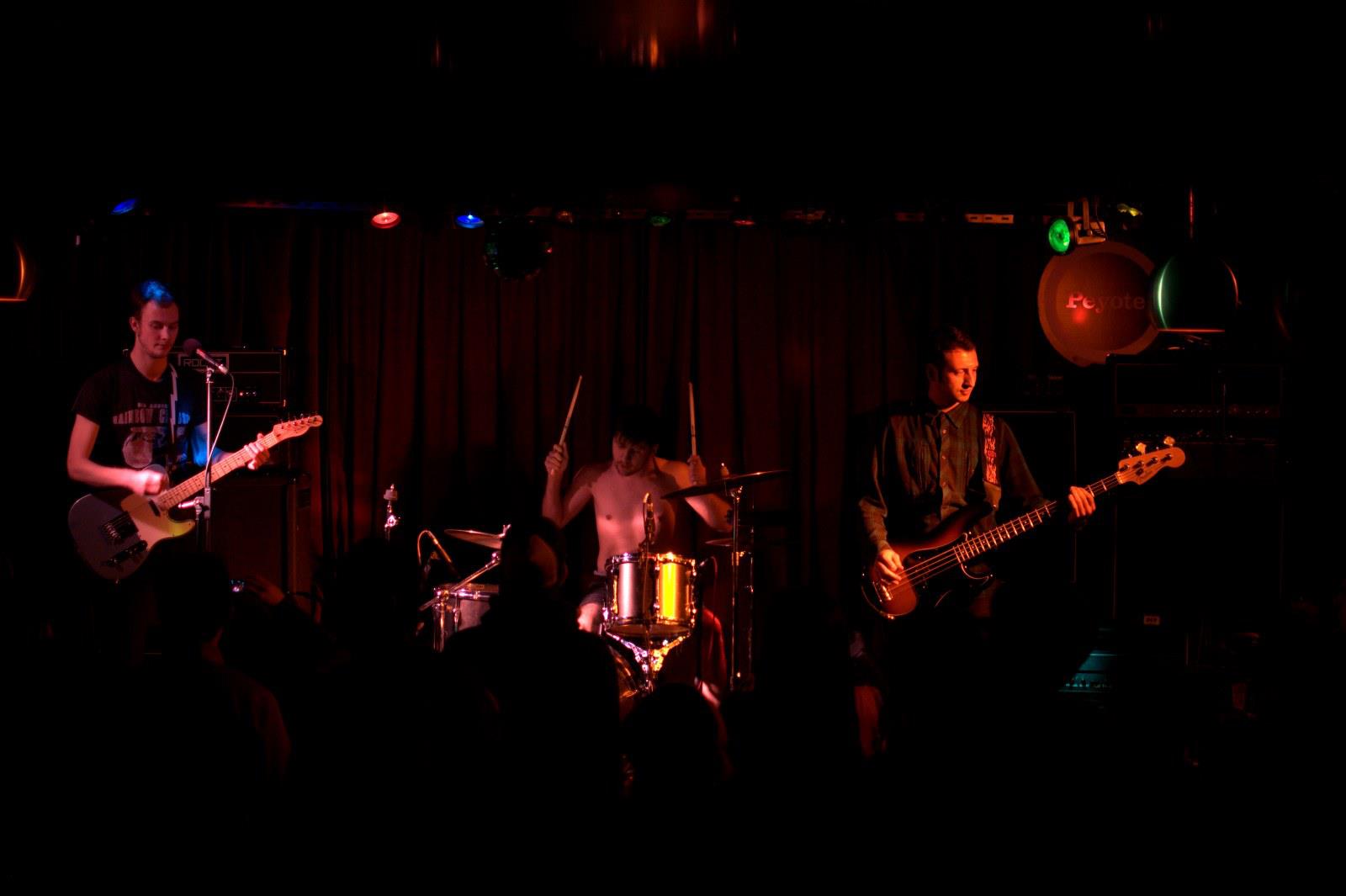 high
Foton Kuşağı’s goal is not to reach a bigger audience, but to feel the energy of playing a good show. Paul explains: “Our best shows were here, on the Anatolian side of Istanbul. One was at this place called Arkaoda, which means ‘backroom’; it’s a popular club here. About 50 people came, and most of them were our friends, but that was just awesome. And a few weeks ago, also in this part, probably 60 or 70 people came, and again most of them were our friends. The sound wasn’t even that good, but the energy was fantastic! We played really well and afterwards we were just high on the atmosphere”.

Sadly the band’s next show is cancelled. Foton Kuşağı was going to play their first big festival, Efes Pilsen One Love, sponsored by a local beer brewer. “We were looking forward to it so much!” Paul says. “Blur and New Order would be playing too. It’s not even really our scene, not DIY, but we were really excited about playing there. But now Erdoğan implemented a new law restricting the sale and advertising of alcohol. So the festival can’t happen. We’re actually pretty angry about this”.

comfortable
Festival, or no festival, Foton Kuşağı’s is moving full steam ahead. They’re already working on their second album. “We’re going to record an EP this summer, and then record our second LP after the tour. We’re more and more comfortable doing what we’re doing now. We learn new songs much faster. We see each other improve”. Paul laughs and then says: “I bought a new guitar some time ago, and now I’m writing all these songs! Funnily enough I was reading an interview with J. Mascis and he said that every guitar has a certain amount of songs in it. I think that my last guitar had no more songs left in it. I even played bass for some time because that guitar didn’t speak to me anymore. This new guitar seems to contain lots of songs still”.

But sure there must be more to the creative process than just buying a new guitar? “For me as a musician, I play music because I like it”, Paul says. “But that isn’t the real reason. I play music because I feel miserable if I don’t. If I’m not sharing that process with other people, collaborating and writing music with other people, I just feel empty and down”. He hesitates. “I guess it’s like an addiction. It’s something that has to be there in my life for me to feel normal… sort of normal”. 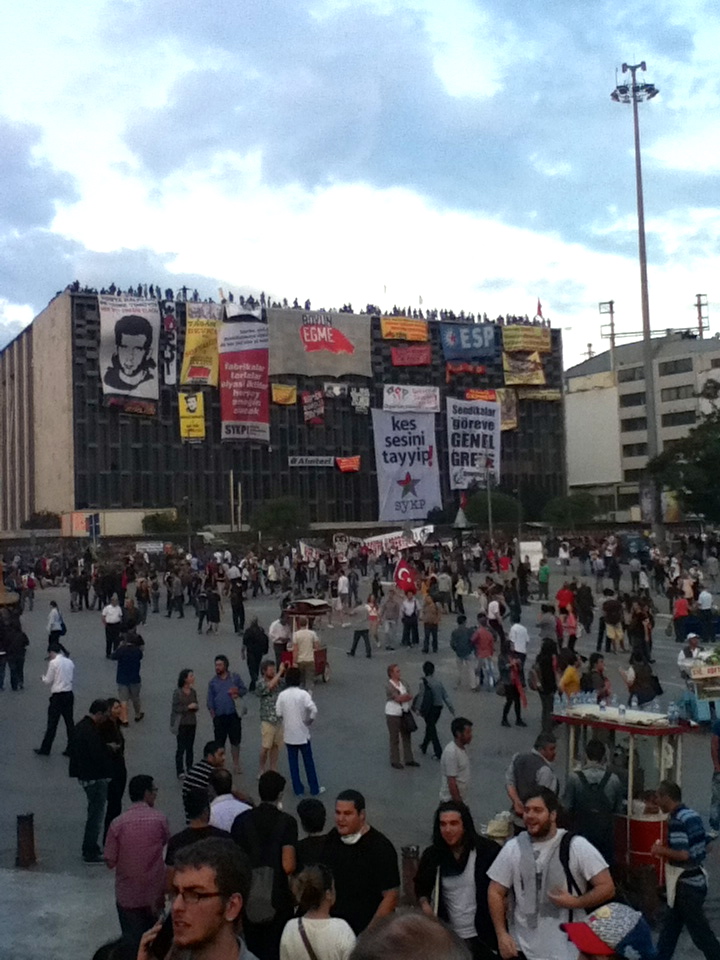 In the meantime – how is daily life in their city? A city that is making headlines in newspapers all over the world. Has much changed since the protests started? “In our neighborhood not much has changed. We all live on the Anatolian side of town. But even here people let you know that something is going on. Every night at 9 pm people bring pots and pans outside their windows and play on them. That’s really cool”.