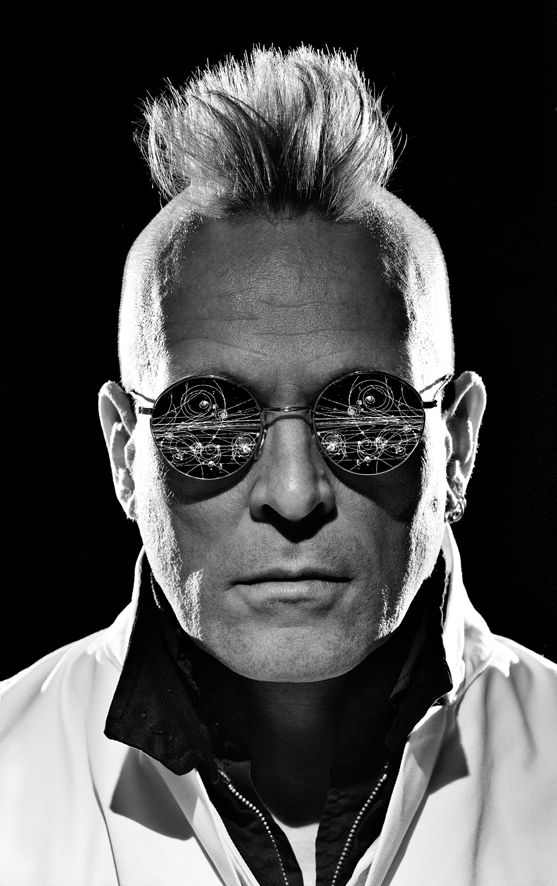 Tomorrow [04/12] in OCCII: an exclusive Dutch show for influential UK post punk band The Membranes. [They’re now on tour in Europe supporting Mark Lanegan.] Formed in Blackpool in 1977 out of punk and DIY culture. The band developed a dark, discordant and wild music that was at the forefront of the Death To Trad Rock UK underground scene. The Membranes reformed in 2009 for All Tomorrows Parties at the request of My Bloody Valentine & Shellac. This year their LP ‘What Nature Gives / Nature Takes Away’ came out. 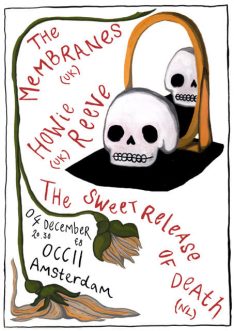 Koen (Subroutine // YugoFuturism) asked John Robb (the Membranes, TV and radio presenter, Author & what not?!) if he would be interested in doing an interview for ‘our’ OCCii-website on DIY and alternative spaces or something? 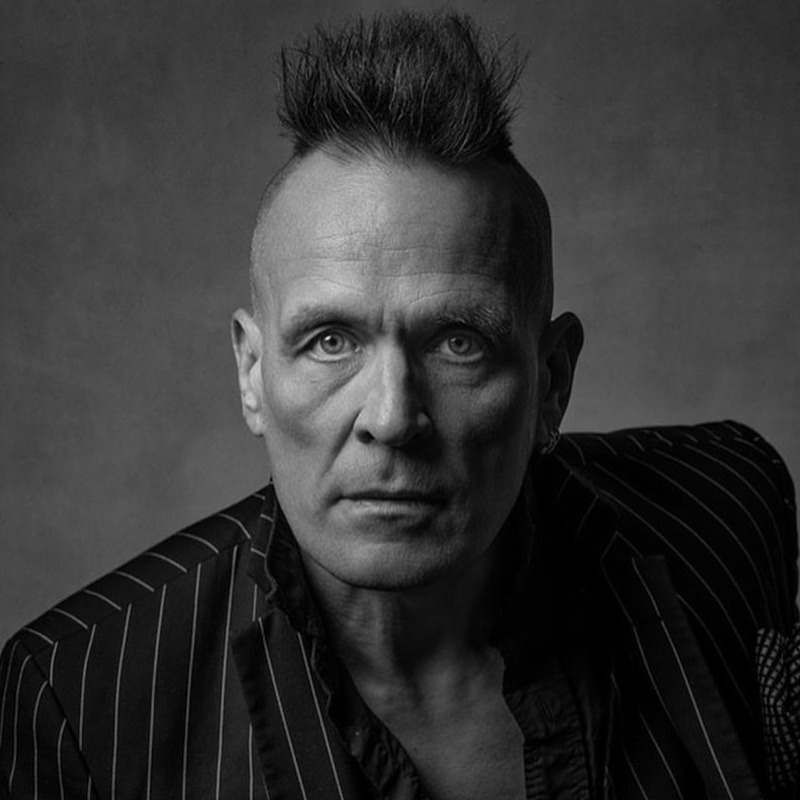 – The Membranes are in the final leg of a huge European tour supporting Mark Lanegan. How has it been so far?

Every night has been very good to us. Mark Lanegan attracts a pretty broad minded crowd who have welcomed us with open arms. We are so lucky to have been given this chance and other chances in the past few years and have ended up being in the curious position of being in tN we were the first time – maybe we got better at realising our ambitious ideas and maybe the world caught up with our madness but it’s no longer the huge struggle that it once was. Every night has been consistently great and Lanegan has been great to tour with having been a major fan of the band since his youth.

– Can you tell us something about the kind of venues you are performing in during the tour? I reckon its mostly larger halls?

Yes – most nights have been 500 to 1000 with a couple of 3000 sized venues. The dichotomy of the Membranes is that despite operating as a DIY band with very little support we suit larger spaces to perform in – the sound is big and the space in the music is key so doing these kind of tours really suits us. We want everything to look and sound great – membranes is about big and epic – it’s about the universe and nature and life and death with music to match! 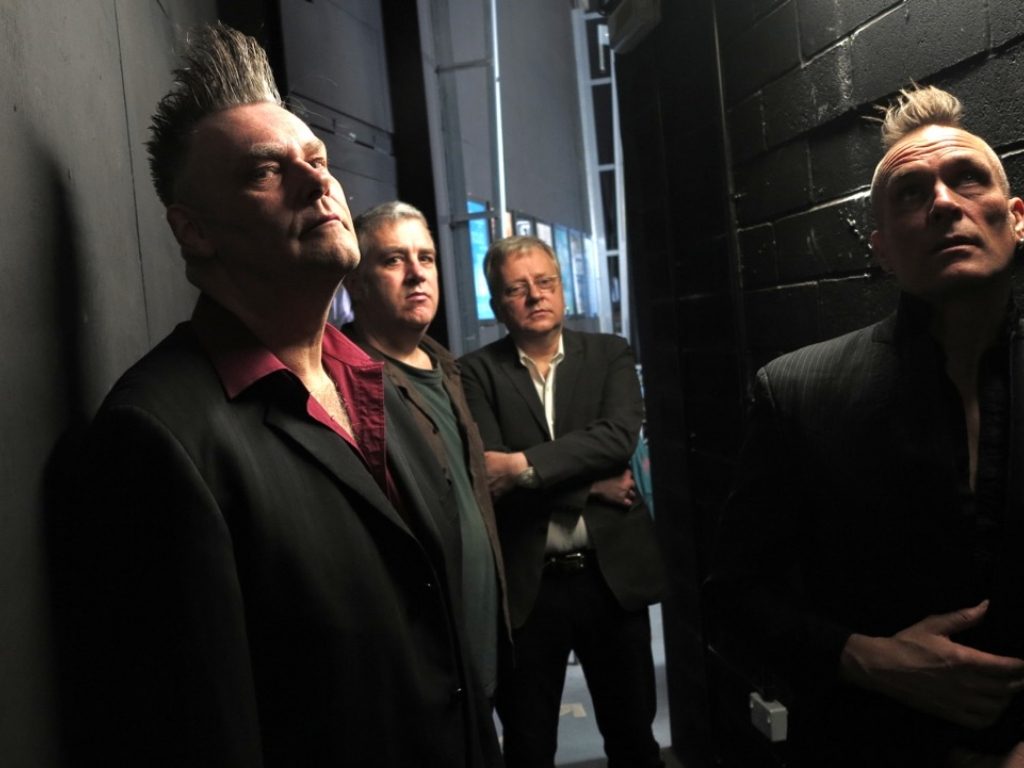 – Membranes formed in 1977, can you elaborate on the development of the independent circuit across the UK and the continent, compared to today?

In the eighties we existed on the fanzine circuit – every time a fanzine would write to us for an interview we asked them if they could put a gig on – and they would – many of them for the first time ever – punk was really about jumping in feet first empowered by the energy of the movement and creating culture on the fly. The mainstream music biz was not on our radar and we were not on theirs so we had to exist outside of everything. That’s changed now. We just want space to create our art on our own terms and create a spectacle to transit people.

– What are your memories about performing in The Netherlands, with The Ex and all those bands? Any specific fond memories?

I remember being shocked by how together the country was compared to the then broken Britain of the mid eighties! The British cities at that time were falling apart – Manchester was in its post industrial decline whereas now its a post punk city! The city centre is booming and looks like the sharp and angular shapes of Malcolm Garrett and Peter Saville – anyhow Holland felt wealthier and less like a slide into chaos and it also already had a strong post punk tradition that had taken roost in the squat scene. The squat scene was also unique – really well run squats that put gigs on – again very different from the UK where the circuit was generally hired rooms in big old pubs that don’t exist any more.
We fell in love with the music scene in Holland – the Ex we’re and still are an amazing spectacle – a clinking and grinding behemoth that are utterly unique who were fascinated by our cowbell collection! We would stay at their HQ in Womerveer a small village that smelt of chocolate and had a local lake where the towns statues of an eagle had been thrown in to hid it from the Nazis decades before. We would sleep in the priest hold under stairs and eat long breakfasts listening to punk and Ethiopian records on their Punken Platten Spieler. The Ex has this determination and vision to make music in their own terms that was similar to us and that was an important bond. They were also at the centre of Dutch scene of bands like De Kift who we also really liked.
To us that was the Dutch music scene – experimental and idiosyncratic and we had no idea that was the usual mainstream rock stuff that is everywhere.

– Around Europe, many smaller venues are struggling; whether it’s due government regulations, gentrification or difficulties connecting to younger audiences, how do you see the future of the European independent networks of venues?

In the UK I’m a board member of the Music Venue Trust who are a union of venue owners and represent the owners as a lobby to Parliament. They were part of the campaign to changes the venue law so that venues that were already there had the rights when flats were built next door to them – it’s a really Important law and one that has dramatically changed the landscape.
Manchester has more venues than ever now – about 40 in be centre and even if it’s an anomaly it’s still Proof that this dynamic between ever changing ever city centres and venues can be made to work. They are a brilliant organisation and I’m glad they took heed of my idea to run it like trade union for venues – when the venue owners know each Other it’s much harder to push them about.