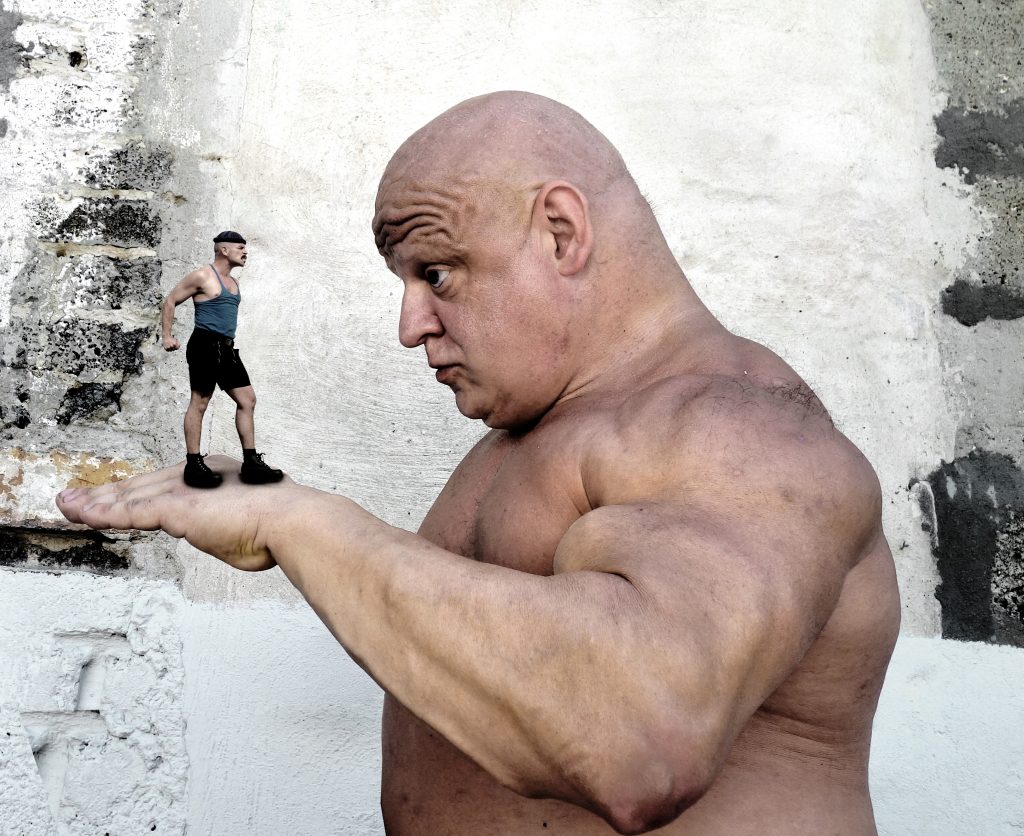 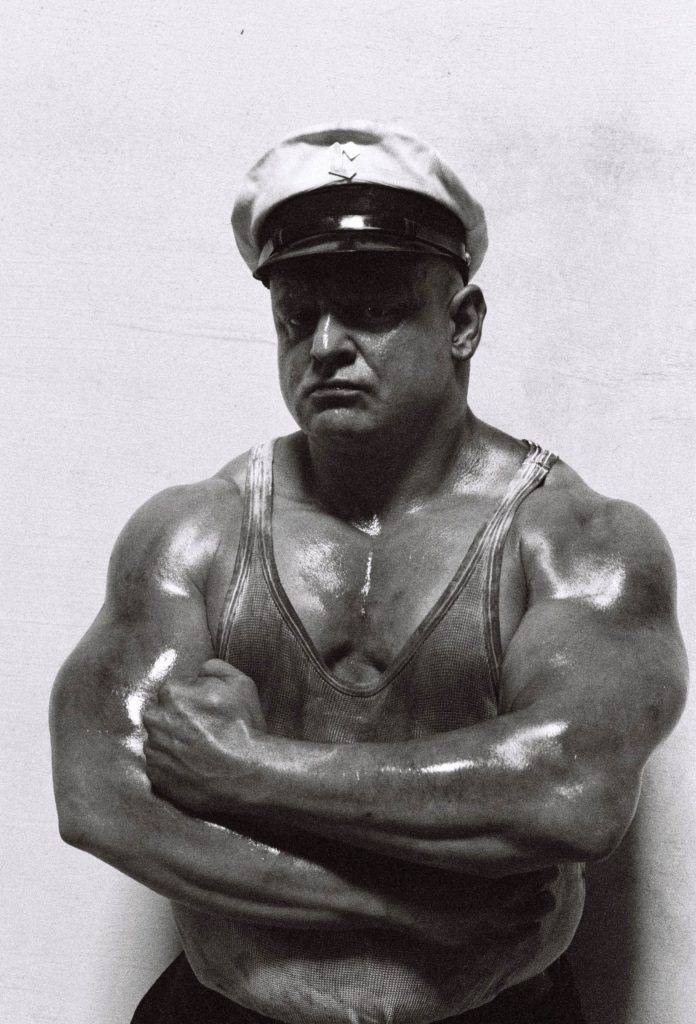 He calls himself The Käpt’n and writes songs about the sea wind, bratwurst and arm wrestling. Rummelsnuff started playing music in the 1980s in undergroundbands in Germany. But it was his sailor electropunk from the 2000s that attracted both underground and mainstream European audiences. An interview about finding inspiration, writing songs and pumping iron.

When did you come up with the name Rummelsnuff? Is there a story to the name?
With my old friend the artist Bjarne Melgaard we found this a funny name for an art project thing. With me living in Rummelsburg and our shared passion for bloody humour in photos and paintings of ourselves in that period, it seemed the right name for the soundtrack to those bad pictures. But Rummelsnuff never became a soundtrack to contemporary art exhibitions. Rummelsnuff became a new deutscher Elektropunk- Liedermacher.

You’ve played many different instruments, which instrument fits you best?
Most of those trials of being a skilled instrumentalist we better forget. The Käpt’n learned by teachers bassoon and piano. The most important function of a Rummelkäpt’n is composing songs. The most important instrument for that is the head. And theoretical knowledge in music and some skills with a piano keyboard are great tools too.

What kind of landscapes is your music inspired by?
Desert, mountains, sea… Or the ruins and dirt corners of Berlin. Inspiration can grow everywhere, the places are different like the results. Also people can give a lot of inspiration. I made so many songs inspired by Asbach Maat. Wonder why. Is he maybe for the Käpt’n what they call “the muse”? Other subjects: dogs, men’s professions, workout and fights, cars and bikes… 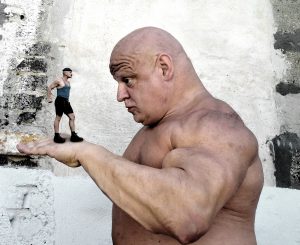 You’ve worked as a body builder trainer. Is there anything a musician could learn from body building?
Music and sports go together. The right music helps you gain strength – Kraftgewinn. And many young and old iron pumpers tell the Käpt’n, that they use his songs as soundtrack for their workout. And the Käpt’n himself makes exercises between songwriting and producing. To pump the brain free, to fuel it with new energy.

Your first solo album was Halte Durch! from 2008. How was working as a solo musician different from working with bands?
The bands were mostly a replacement for a college study… A school for musical life and for life in general. When I made that solo album that was a big win! No compromise, no oppression of ideas…

Do you rather play big venues or smaller ones? In what kind of an atmosphere is your show experienced best?
It’s maybe not only depending on the size… but you will be for sure more private with Käpt’n und Maat in a smaller one. We love to include the girls and boys into our show. They are invited or picked out to gogo dance or to armwrestle on stage with us, but Käpt’n Rummelsnuff won’t take all of the surprise in advance.