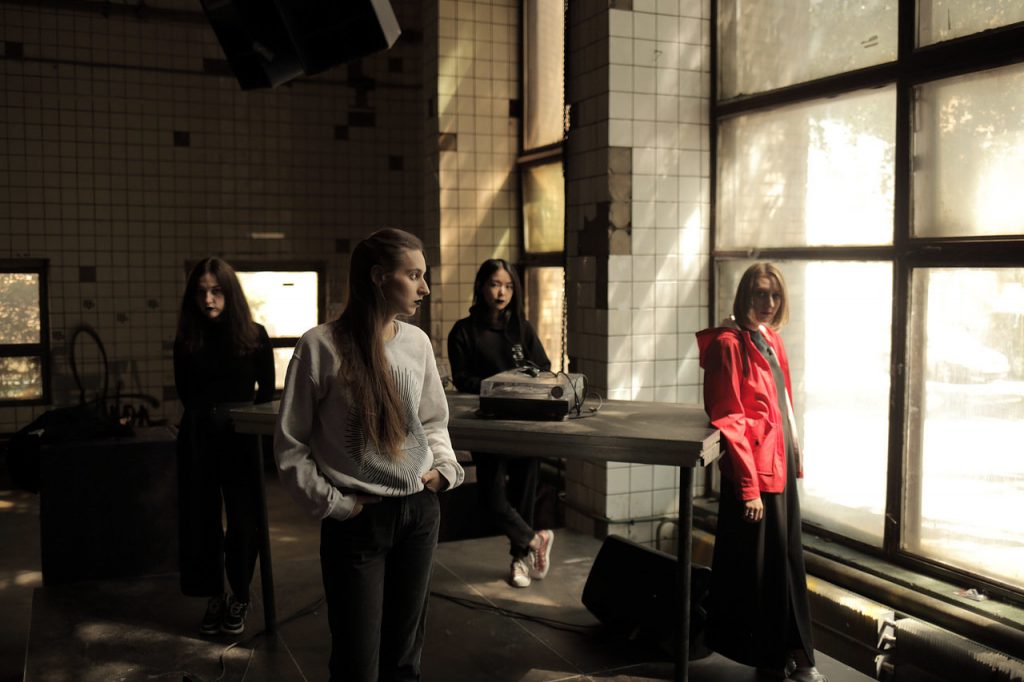 With the new Yugofuturism night coming up July 18th, we asked journalist & Russia’s alternative music connoisseur, Richard Foster, some questions about the band Lucidvox and about the recent developments in Russia’s underground music scene.

How you did come across New Russian Wave?

Funnily enough in two places: Tilburg and Tallinn. I saw Fanny Kaplan (a brilliant Russian avant-garde post-punk band, now sadly no more) at Incubate in – I think – 2015. They had Diana Burkot, aka the audio-visual artist Rosemary Loves A Blackberry, on drums. And Lusia Kazaryan-Topchyan, who records brilliant electronic music on the Moscow-based Klammklang label. They summed up a lot of what we’d now see as the New Russian Wave; clever, abrasive, direct, and having elements of post-punk, prog and tough electronic flourishes, very 1980s but also very much now.

The second time was in Tallinn early in 2017, where Spasibo and Lucidvox played. Lucidvox played in the basement of the beautiful Mustpeade Maja hall. They had what looked like a Christmas tree in front of them and basically blasted everything to pieces, sounding like Amon Duul II and Siouxsie and the Banshees all at once. Their once-big mates Spasibo deconstructed this tiny artists club later in the night. I remember running around the centre of Tallinn with Lucidvox and a bottle of vodka…. Happy days.

Can you tell us something about Lucidvox?

A really startling mix of guitar based prog and post-punk drawing on ADII & Siouxsie. They have something of Pinkwind, too; long drawn out explorations into myth and psychedelia. They can really sweep you up when you watch them.

There are a lot of things going on in today’s music scene of the Russian Federation. It feels like a refreshing new movement is setting ashore. How would you describe the developments in the underground scene?

I think it’s very DIY. Very make do and mend. And fun. There are lots and lots of bands and lots of party people. It’s a VAST subject, sliced and diced over styles, the legacies of different cities, money, politics, groups and links between the diaspora and inside Russia. I’m sorry for the plug but I can only direct you to what I write on The Quietus: the “New Weird Russia” series. 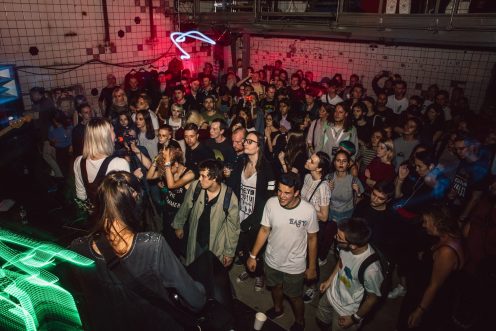 How would you compare New Russian Wave to the post-punk and new wave from the 80s? It is a totally different time set of course?

The things that bind them is a boundless energy and restlessness. And a feeling of stubborn independence and determination do make music and have their say regardless of limitations and restrictions.

On the other hand you mention there is a deep nostalgic, melancholic feel to the New Russian Wave and underground scene? Can you tell us something more about this?

You’re right about nostalgia; it’s there. I’ll quote something a Russian based friend told me, that I paraphrased in The Quietus; which sums this feeling up.”(I)t’s worth remembering that twenty-thirty something Russians grew up experiencing wave upon wave of terror acts, economic uncertainties, the effects of sanctions and growing socio-political pressures. So the hedonism and nostalgia is not wholly voyeuristic. Rather they seem to form an emotional crutch. When asking about some of the lyrics I am told that “almost every single band has at least a couple of nostalgic songs about being a kid/teenager”.

Do you think this can have something to do with a loss of “the future of the past”? A sense of emptiness through the loss of big Utopian ideas?

If you’re talking about the collapse of the CCCP, I don’t think there were any Utopian ideas to begin with; certainly since the 1930s. Or that there was a clean break with the past in the 1990s. There never are such clean breaks, anywhere. Russian musicians are on the whole very, very clever, educated people (in my experience anyway) but they don’t really want to spend time philosophizing.

I mean a rooted resistance to the ideas of the future and a missing part of true self (aura) by reason of the loss of a bigger picture? Maybe this is more present for the Russian youth, because of a more recent loss of a bigger identity?

Actually I think that is a very “Western” take. I don’t think there’s a loss of Russian identity. Certainly bands like Shortparis and Electroforez play with ideas of Russia and see it as a useful tool. Lots of bands deliberately sing in Russian and an act like Petersburg’s Cheekbones are a rarity singing in English. Others (like Nizhny Novgorod’s Crimson Butterfly) are incredibly forward thinking and concerned with a future Russia. As Serge Crimson says of his non-binary rave music which kicks against societal mores in the land… “This is not what you are meant to be when you live in a hybrid-authoritarian state with government-endorsed queerphobia, narcophobia, any-kind-of-fun-phobia.” Many bands deal with the here and now, like Mirrored Lips. And often in a very confrontational way, like Rape Tape (who chose their name to protest about the way rape victims are treated) . 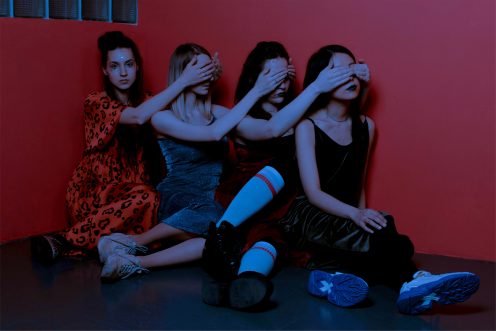 Can you tell us something about the DIY scene in the Russian Federation? Is there a DIY way of organizing? How would you compare it to the Dutch or European DIY culture? Are there community spaces? How is participation organized?

It’s seemingly very much down to situations and circumstances on the ground. Wherever there is a chance to do something, people grab it. It really is as simple as that. So it’s ad-hoc and personal, and shifting. And networks are tessellate and often reliant on the personalities of a few, driven, people. Mainly because of the huge size of the country and the lack of lateral communications.

Just like in other big cultural cities, gentrification is playing its part in St. Petersburg and Moscow. How do you think this effects the creative space?

Pretty much like everywhere where money creeps in, tho’ Petersburg is very different to Moscow in this respect. Moscow is rapacious and spaces in Peter seem to have more of a lifespan.

What about the role of women in Russia’s alternative music scene?

There are a LOT of women in the scene it feels. From promoters, booking agents, venue programmers, export agents, managers, musicians, deejays and artists. Without checking, I think my “Russian music friends” list is close to a 50-50 split. So in that respect it’s a lot more level, but I have witnessed some eye-watering instances of casual sexism… It’s still a country that adheres to gender stereotypes. Maybe these women are more determined, or less passive or just cannier in Russia. They certainly get on and do their thing.

Can you tell us more about Lucidvox, whats their drive? How is the scene they are in? How would you place Lucidvox in the cultural space mentioned above?

I think Lucidvox like to make great music and have fun, just like any band. I suppose I could say they’re from the Pain scene. I hope they don’t roll their eyes too much at that! Pain is an alternative summer festival in Moscow that focuses on alternative bands with a set of aesthetics that could be described as “independent”. There are a number of bands you will now be aware of, such as Inturist, Glintshake, Shortparis, Spasibo and Electroforez. It’s very 1980s in style, though very Catholic stylistically (just as post-punk was back in the day). You can hear things like James Chance, New Beat, Pinkwind, NOMEANSNO and Mudhoney…. There’s a lot of black humour about.