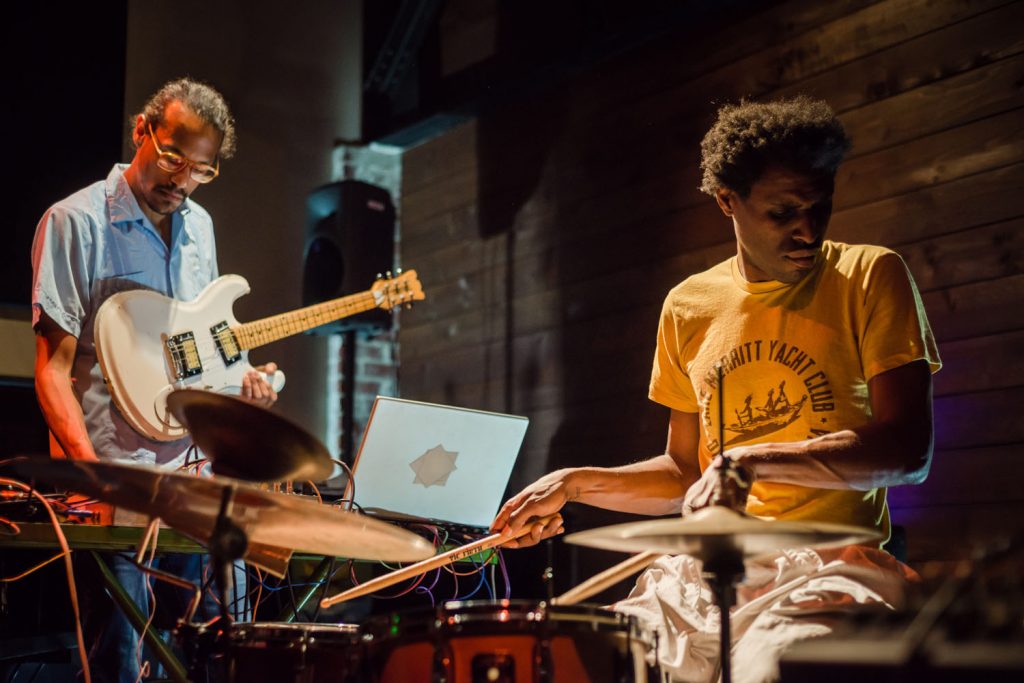 Black Spirituals, an improv duo from Oakland, plays terrific live shows, and in order to do so practices little. When asked why, they sent us this pamphlet. Catch them live in Europe this month (find their tour dates here) to experience what they’re talking about. 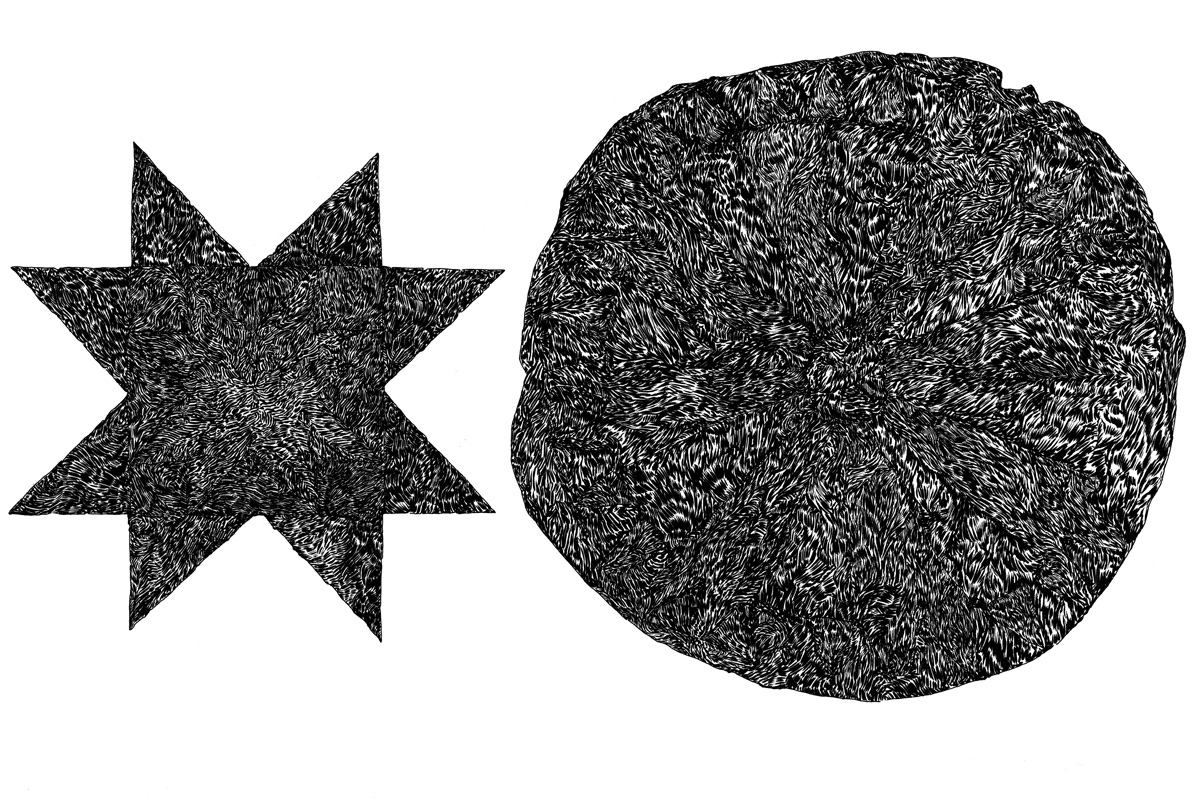 The inherent nature of a sign is that it must be perceived in order to be received and, as such, transformed through embodiment processes. Generating signs, both performer and audience are subject to the “tri-fold present,” simultaneously decoding the moment against past and future possibilities. Meanwhile through analyzing live (re-living) performance we trace the signs of a narrative arc between the conjunction of coded sign-generators on three axes.

• Vertically, each code-generator broadcasts data from its’ sphere of Discipline;

• Horizontally, we code and decode signs transversely, across a plane; and, finally,

• The voluminous exchange fills the hall echoing beyond the Stage itself.

Form and content are one – at once signifying social phenomenon, meta-ideological technologies and something visceral, intermedial and, I think, novel for our time. The artifact (the recorded object) holds for us the location and dislocation of transformative, active agents that rattle and shake. And prod and beacon as it must, we answer the call through ever-emergent design and formations of cultural potency.