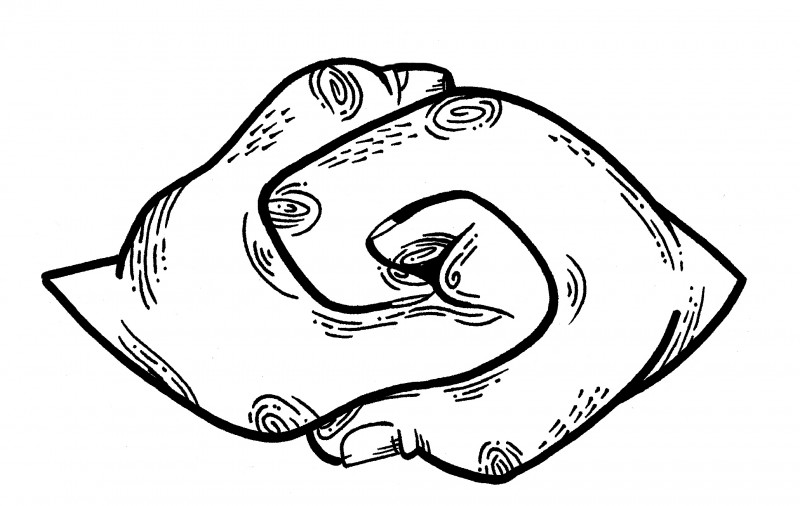 19 November 2012, 479 days ago today, I’m sitting on my knees in a happy pile of obsolete electronics with saxophones on either side of me, a bunch of drums, flutes and an organ in a mess around. All stacked in a tiny living room somewhere in a small town called Ariano Nel Polesine, in the middle of nowhere in Italy. This is the house of Virginia Genta and David Vanzan, two musicians who are also known as Jooklo Duo.

I’ve been on the road now for a couple of days together with Stephen Doyle and Renato Ferreira, also known as The Lock. Status of the tour up until now….it’s been ok…

The drummer of the English band which we had a couple of overlapping gigs with, is lying in a hospital bed somewhere in Marseille. In just a couple of days the guy turned from having a mild cold to looking as pale as a dead man and vomiting blood on a regular basis. He was the only one who was able to drive that bunch of English dudes around and those idiots got it in their heads to let him drive from Toulouse to Marseille being in a state like that….!! I knew he wasn’t doing very well when we left Toulouse, but when I heard about this, when they finally showed up in Marseille, I had a chat with one of the people at the venue there (L’EMBOBINEUSE) and we decided that this kid had to go straight to the hospital, like now! The other two band members somehow got it into their heads that they had to question whether this would be such a good idea because…who else would drive them around to finish their tour!!?!?!? It was the first tour they ever did, and were so excited about it and wanted to do all of it so bad. But to treat a member of your band, a friend, a fucking human being like this really didn’t sparkle with me. I don’t remember exactly what I told them after that, but soon enough they started to realise that their tour was over.

Two days after Marseille, we are having a day off. We just so happened to be close to the home of the Jooklo’s and oddly enough, they are actually there instead of being on tour. I met the Jooklo’s a while ago when they played a show at the OCCII, so while booking the tour, when it seemed like we were gonna have a day off in their area, we arranged to drop by, hangout and record some music.

After dinner, four microphones in the room. One in front of my little 15 watt amp, another in front of the organ’s speaker cabinet, and the other two positioned high as room mics. How long we’ve played I don’t remember, but out of this session came a cassette tape, C42, on our Amsterdam-based DIY label Toztizok Zoundz.

Today I’m in the same van that we used for that tour. Stephen is driving, Renato is there, and also Sjoerd and Rogier (friends and Toztizok Zoundz colleagues). The Jooklo’s are playing tonight in Antwerp and we decided to deliver them the new tape that we all made. Looking forward to seeing them, see what they think of the tape and find out how those crazy Italians are doing with their tour.

On Saturday December 13th 2014 The Lock will play at De Groote Weiver, Wormerveer.
Find out more about Toztizok Zoundz on their website.