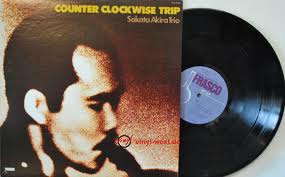 An evening at OCCii with the fantastic Akira Sakata. Legendary saxophonist from Japan, became internationally known in the 70’s with the Yosuke Yamashita Trio, playing at many big festivals in Europe and the USA, like Newport and Montreux next to Cecil Taylor and Sun Ra. Also played with Last Exit (Peter Brötzmann, Sonny Sharrock, Bill Laswell, Ronald Shannon Jackson). Now leads his own trio with Darin Gray and Chris Corsano, and collaborates frequently with Jim O’Rourke.
Tonight he teams up with Giovanni di Domenico (based in Brussels), with whom he just released a duo album, Terrie Hessels (The Ex) and Amsterdam locals Onno Govaert and Jasper Stadhouders (both in Cactus Truck),
Opening the night is a the first duo encounter of Andy Moor (The Ex) and John Dikeman (Cactus Truck).
Spinning vinyl by DJ De BOER (Makkum Records/The EX)

He trained as a marine biologist. He joined the Yamashita Yosuke Trio from 1972 till 1979 and toured internationally with them. In 1986, he performed with Last Exit with Bill Laswell. This performance was released as 1987’s Noise of Trouble: Last Exit Live in Tokyo. Laswell went on to play bass on and produce Sakata albums such as Mooko, Silent Plankton and Fisherman’s.com, the last of which also featured the reclusive Pete Cosey (who had worked with Miles Davis) on guitar.

In 1994, Sakata organized a one month tour of Uzbekistan, Mongolia and China with the Flying Mijinko Band, consisting of 14 members from Japan, Africa and America. Some of those included were Bill Laswell, Anton Fier and Foday Musa Suso.

He has more recently worked with DJ Krush and Chikamorachi [Darin Gray and Chris Corsano]. 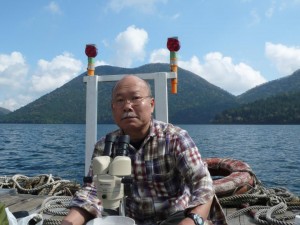 John Dikeman is an American saxophonist currently residing in Amsterdam. Drawing inspiration from a wide range of sources, John’s playing runs the gamut of improvised music and technique, ranging from reductionist extended technique based improvisation to full throttle free jazz. He is a member of Amsterdam based band Cactus Truck.

Andy Moor is an experimental musician, best known as the guitarist of the UK band Dog Faced Hermans and the Dutch punk collective The Ex. His latest projects include a quartet with Ken Vandermark, Terrie Hessels and Paal Nilssen Love called Lean Left, and duos with Anne James Chaton, DJ /Rupture, Colin Mclean and Christine Sehnaoui. Moor continues to be a full-time member of The Ex.