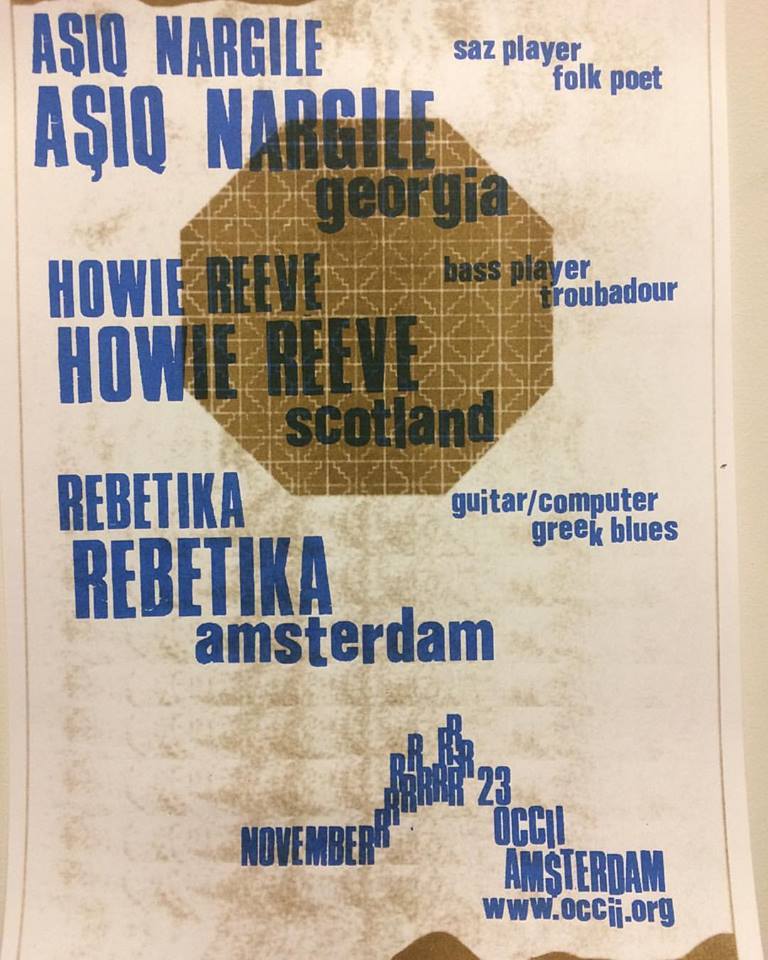 More info below, an incredible performer, Watch a live video of ‘Yurt Yeri’

Born in Tbilisi and now based in the Borcali region of Southern Georgia, Nargile Mehtiyeva aka Asiq Nargilehas been playing saz (long-neck lute) and singing since the age of 15. Fluent in Azerbaijani, Georgian, and Russian, Nargile represents the cosmopolitan heritage of old Tbilisi, a city once known as a meeting point for multilingual aşıq bards who would travel through the region serving as conduits for news, ideas, music and culture. A powerful solo performer, her vocal recital of epic folk poetry is by turns ecstatic and deeply expressive, and is interspersed with bursts of virtuosic, highly ornamented saz.

Equally comfortable performing moving laments or upbeat folk dances, Nargile is currently the only female aşıq living and performing in the ethnic Azeri region of Georgia, and has been teaching the art to new generations. Thanks to the efforts of The Sayat Nova Project, a non-profit group aiming to help preserve and promote the diverse musical dialects of the Caucasus, European audiences can now experience the elusive, hypnotic beauty of Nargile’s music for themselves.

Nargile wowed crowds at a string of UK appearances in summer 2016, owning stages at both world music mecca WOMAD and experimental field gathering Supernormal. Whilst there she recorded a new album for Newcastle label Alt.Vinyl that will see release in Spring 2016.

This follows a successful double-heeader tour with kindred folk channeller Richard Dawson in 2015, and debut album ‘Yurt Yeri’, an immaculate capturing of a live concert at London’s Cafe OTO: https://www.cafeoto.co.uk/shop/asiq-nargile-yurt-yeri

HOWIE REEVE
Fresh from acclaimed 7″ release with Mike Watt (The Minutemen, fIREHOSE) Howie is releasing his new album this year with The Audacious Art Experiment and we’re extremely excited about it.

Howie previously found fame with experimental Indie-Pop band Tattie Toes and has been striding out on his own for several years, acoustic bass in hand, walking boot on footstool. His music is deeply introspective, considered and full of glorious dynamic range. Listening to Howie feels like you’re setting the world to rights – and considering the hell-scape that we’re currently living in, it feels ever more necessary and important.

Howie has released two fantastic previous full lengths Friendly Demons (2013) and We Are In Repair (2014) via his own crowdfunding skills and close networks of fans. A regular performer in his Glasgow base, he has also toured the UK and Europe relentlessly over the last few years and recently spent five weeks in Japan, drifting from show to show like an acoustic bass bard.

Andy Moor (The Ex, Guitar) and Yannis Kyriakides (computer) lovingly deconstruct and reassemble their favourite rebetika music in a set of 9 pieces that encompass a wide scope of musical vision. This is an unusual and original take on the so called “blues” music of the Greek diaspora of the early 20th century. Originally recorded and released as an exclusive download for Seven Things, this live set recorded in Glasgow’s CCA in 2006 is a re-release on CD with two additional tracks.
http://unsounds.com/shop/rebetika
https://www.facebook.com/Andy-Moor-Yannis-Kyriakides-643443675754690/ 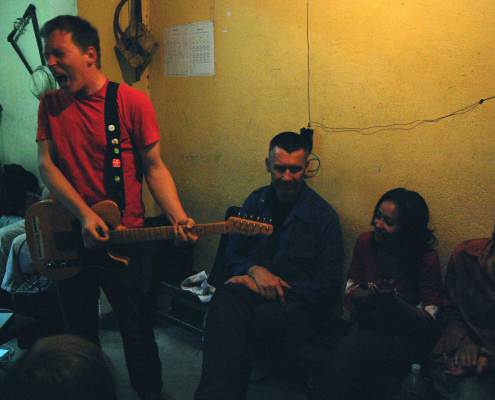