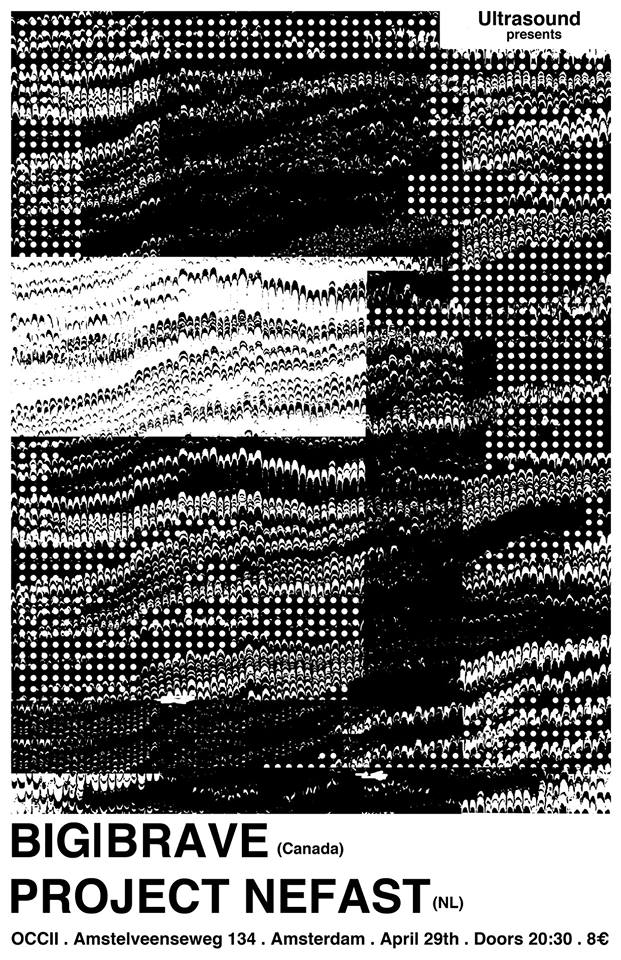 In existence since 2012 with members Robin Wattie, Mathieu Ball and Louis-Alexandre Beauregard spread across two guitars and drums respectively, BIG|BRAVE sound many magnitudes bigger than one would suspect a trio is capable of. Anticipation gracefully helps to build up every salvo launched by the band, assaulting the eardrum with incredible precision. Their compositions increasingly more refined, juxtaposing sparse minimalism with thunderous feedback, BIG|BRAVE strives to continue pushing the limits of what heavy experimental rock can sound like while maintaining a strong interest in reaching bliss. 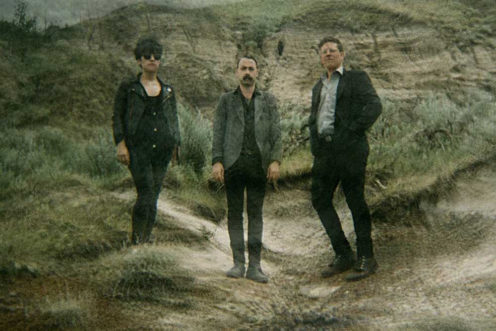 Somewhere between the margins of a minimal rock band, experimental outfit and drone aficionados, BIG|BRAVE strives to never belong to anyone given classification. Utilising standard “band” tools such vocals, electric guitars, drums, feedback and amplifiers, B|B explores the possibilities of what a band can sound like while constantly resisting and deconstructing the archetypal characterisations of song structure and form.

Building spectacular, inverted rock constructions that sound many magnitudes bigger than one would suspect a trio was capable of, Montreal’s BIG|BRAVE has been in existence since 2012, with members spread across two guitars and drums respectively. Unhurried and untouchable, BIG|BRAVEpossess that same valued independent spirit which pervades their local contemporaries, and is at the root of their intense and exploratory musical offerings. Their sound lulls and lurches between passages of rhythmic noise pollution and vocal led awe, using considered juxtapositions of force and restraint to warp the senses. Remarkably quiet at times, their ambiance is not one of minimalism, but of dawning, foreboding power with the need to be vented, and when the hot flushes of blighted percussion and monochromatic guitar scrapes arrive, they arrive with triumphant force.

Show poster courtesy of Big Brave’s own Louis-Alexandre De Beauregard.
You can check out more of his work on Instagram: https://www.instagram.com/louisalexandrebeauregard/?hl=nl

Dutch trio ProjecNefast promises to deliver an entirely different set after they play Roadburn festival this year. Their drone is never the same and neither are the people in it.

BIG‡BRAVE, PROJECT NEFAST
NO PRESALE, TICKETS AT THE DOOR, CAPACITY 250
Posted in Featured, IN O.K./OUT K.O.