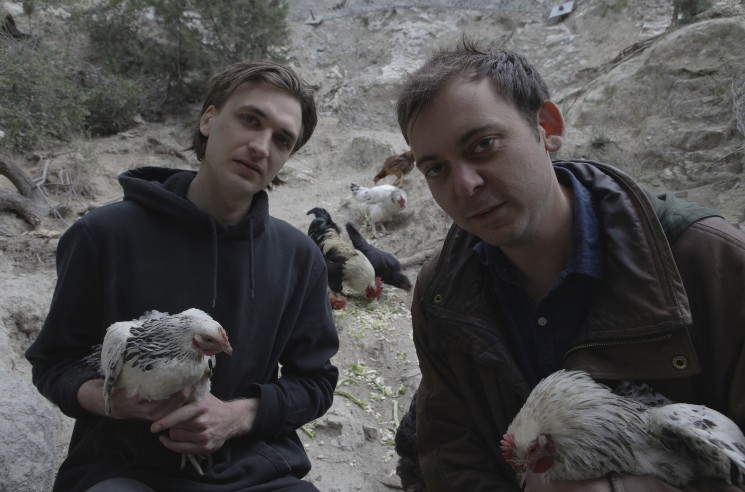 BLISSMAL PRESENTS: after more than two years, we are back! A night full of sounds like post-rock, post punk, shoegaze, noise pop, and everything fuzzy, noisy and wavy in between.

For this edition, we are very happy to have Deliluh from Toronto! But that’s not all, there’s more coming, yet to be announced…

Deliluh is an art-rock group at the centre of the west-Toronto DIY music community that has been discreetly gaining local attention on their own terms. Their shows mostly ignore the traditional circuit of bars and clubs, opting for more unconventional spaces like bakeries, libraries, veteran halls, apartments, and soon a dormant subway station. The core members are also responsible for some of the city’s latest string of house shows, taking place in the living room of their Bloordale apartment; a space known by many as Somewhere Else.

Post-punks Deliluh left Toronto in 2019 as a four-piece and have now resurfaced somewhere unspecified in Europe as a duo. They’ve chronicled this period of transition by releasing two recordings of new single “Amulet,” one with the previous lineup and one with the current lineup. Both versions of the track are available on streaming services now, and they will be available on 10-inch vinyl via Tin Angel Records on August 20.

“Amulet A,” the quartet version, initially belies its full-band composition with its simmering, minimalist intro, featuring little more than Kyle Knapp’s creaking, ominous vocals and snaking synths, before succumbing to a Nick Cave-like squall of violins underscored by thunderclap percussion.

“Amulet B,” recorded by Deliluh’s current membership of Knapp and Julius Pedersen, takes a steadier approach, journeying through its synth-led motorik beat with the help of whirling keys and saxophones.

While they were in Toronto, Deliluh were innovators in utilizing the city’s existing spaces for concerts, including turning cafés, legion halls and library branches into temporary venues and helping to organize a 2018 CMW showcase in a decommissioned subway platform headlined by Fucked Up.

Listen to both versions of “Amulet” below.

RÊVERIE; an energetic and powerful three piece all girl-rock band, with pop, hip hop and ambient influences – and a strong emotional and visual side to accompany it.

DELILUH, REVERIE
Bookings are closed for this event. 50 tickets will be sold at the door 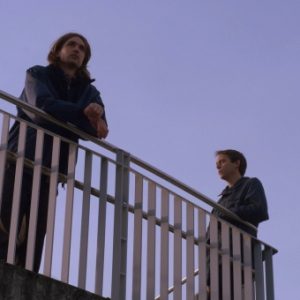 Learning about what Deliluh has been through these past two years brought the commands on a cassette player to mind: press rewind, forward, play and eject. The band, now a duo of Kyle Knapp and Julius Pedersen, relocated to Europe from their Toronto base with the ambition to plug into a continent that felt more cohesive in terms of a gig circuit and to map new spaces, both terrestrial and spiritual. This bold move came with a number of adjustments.The first was a new touring line-up, following the decision of Erika Wharton-Shukster and Erik Jude to stay in Canada. The second was dealing with the cosmic headfuck of a deadly global pandemic that put a stop to most things outside of staying alive. Looking back, Kyle Knapp sees the process as “somewhat of a crash course in survival and keeping calm. Overall it’s taught us a lot about what we want to accomplish, both in the present and the long term.”

The new record, Fault Lines, is the result. Knapp sees the record as reflecting the duo’s “growth away from documenting the spaces in our native Toronto, to going out and experiencing new worlds and communities, something which has allowed us to look further inward.” Transmitting and receiving, then. This duality is expressed through the album’s incredibly spacious and clear sound and a series of what sound like intense sermons, or internal monologues that rail against the injustices of this world. The songs introduce characters who grapple with values that are pitted against the expectations around them. Knapp talks of a guilt-ridden preacher in the song Credence who, in a struggle to keep his church afloat, turns to unethical dealings with dubious people. All the tracks “reveal biases that are challenged by external realities” in different ways, for better and for worse. And yet these characters keep on kicking against the pricks: even if the narrator in Body and Soul shakes his fist at what feels like a relentlessly grim future. “Don’t say the sun still rises to light my way”.

Fault Lines is also a European record in its making. It first took shape at a session in Copenhagen in January 2019 where the band, still a four piece, recorded the beds before heading out on tour. The plan was to take a post-tour break and track some ideas that could be worked on remotely until everyone got back together in the early summer. Then everything “kind of went sideways”. Fault Lines stayed in an embryonic state for more than half a year, during which Deliluh reconfigured as a two piece. The lockdowns did, however, provide the time to rework material, or reposition ideas in line with the circumstances the pair found themselves in. Julius Pedersen: “We did a lot of heavy lifting at home together in Berlin and Marseille, taking turns training back and forth, throwing shit at the wall and experimenting.”

Fault Lines is tough and powerful sounding: a survivor’s record. At times these sparse tracks sound full of menace, at other moments, as in X-Neighbourhood and the soundtracked poem, Mirror of Hope, a sense of remorse. Repetition plays a key role: the band “initially wanted the record to sound circular. (But) repetition and allowing things to breathe was important to these songs, not only to create tension, but to give significance to moments of change when they do occur.” The single Amulet is a mesmeric example of this; where a revolving pattern of notes sketches out a melody which irrigates the brooding, parched vocal line. The circular nature of the music can also trigger a feeling of otherworldliness, as heard on the hypnotic Syndicate II. The track is driven by a simple metallic riff and a caustic vocal line that maybe channels the ghost of an old singer… Regardless it operates in an interzone of its own making.

After all this upheaval, does Deliluh still dream of going to another place? Are places different and do they really have a bearing on the creative path? “There’s always another place calling from beyond. Without it we would be stuck and hopeless.”