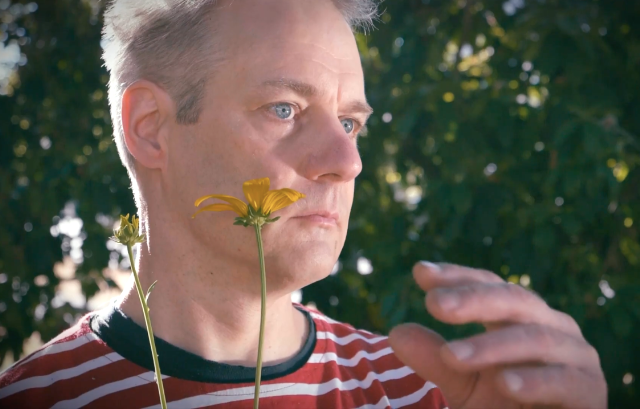 Calvin Johnson (K records)
One of the most influential figures in DIY, punk and indie rock over the past 37 years, Calvin established independent label K Records in Olympia, Washington in 1982, forming the legendary band Beat Happening with Heather Lewis and Bret Lunsford in the same year. The label would go on to become one of the cornerstones of US indie rock, releasing classics by the likes of Beck, The Make-Up and The Microphones. Beat Happening, meanwhile, played with Fugazi and Black Flag, and provided inspiration for everyone from Bikini Kill to Los Campesinos!, especially thanks to their 1988 magnum opus Jamboree.

In 1993 Calvin set up the Dub Narcotic Studio, and in 1994 teamed up with Doug Martsch of Built To Spill to form The Halo Benders. With a series of other projects and collaborations under his belt, he now performs as a solo artist – his infamous acoustic shows combine the pure pop magic of doo-wop with the open-hearted simplicity of Beat Happening’s finest moments, while retaining something which is uniquely Calvin.

“I like African music, children songs and sirens”, Arnold de Boer once said when asked about his inspirations; “I also love the work of documentary maker Johan van der Keuken. The way he weaves his personal story and viewpoint into the stories of people, events and objects from all over the world, is very inspiring. I write songs with the same approach. In my songs you hear me in interaction with the world I come across.” In 2015 Zea turned 20. Since forming the band in 1995, Zea played over 1500 shows in 35 countries on six continents. Today, Zea remains an elusive and versatile musician. In April 2017 his sixth studio-album ‘Moarn gean ik dea’ was released; the first in his native tongue of Frisian.