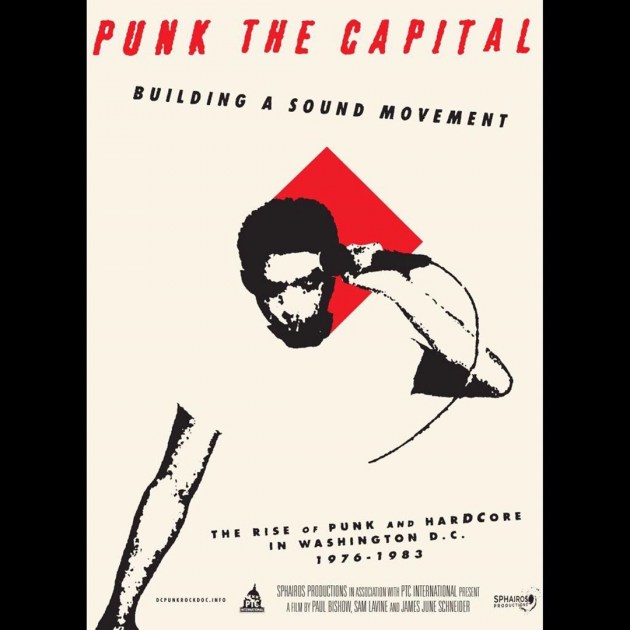 Director James Schneider will attend and do a Q/A before or after the Screening with Tos Nieuwenhuizen (Sunn O))), Jesus & The Gospelfuckers)…

Punk the Capital is both a documentary film exploration of the birth of DC Punk (circa 1976 to 1983) and a long term engagement with Punk Rock and its role as cultural catalyst. We continue to work in various capacities with other documentary projects, D.C. non-profit groups, and punk related archival projects.
www.dcpunkrockdoc.info

PUNK THE CAPITAL the documentary

When punk erupted in the nation’s capital in the mid-late 1970’s, it was a mighty convergence of powerful music, friendships, and clear minds. The sounds and ideas that emerged from those early years of punk/hardcore-punk continue to influence and inspire around the world. Punk the Capital captures that explosive time and situates D.C. Punk history within the larger narratives of punk and rock n’ roll.

The film takes us through the untold story of how the D.C. punk scene was built from the ground up despite the “hostile environment” of Washington D.C.. A legendary artist’s co-op named Madams Organ looms large in our film, as a ‘free space’ where many great punk bands got their foothold (1979-1980). Punk the Capital includes a large amount of unseen Super-8 footage from the co-op. From the perspective of that family-sized row house, this film dives back into an array of D.C. area bands of the late 1970’s (Slickee Boys, White Boy…) and looks forward into the growth of DC’s hardcore punk scene of the early 1980’s (Bad Brains, Minor Threat, Faith…).

“For the past ten years, James and co-director Paul Bishow have been painstakingly making a documentary about the early years of DC punk using archive footage, much of which was filmed by Bishow at the time and has never been seen before.”

Dale Shaw for the QUIETUS

“Filmmakers and punk scene vets James Schneider and Paul Bishow have spent years working on the penultimate chronicling of the DC punk and harDCore scenes that they’ve long been a part of. The pair have spent countless hours pouring through vintage concert performances and conducting interviews with the likes of Ian Mackaye, Henry Rollins, Jello Biafra, Tesco Vee, Jeff Nelson and a bunch more.”

+ DJ ROY NOT I.MACKAYE
playing the Boston HC only!