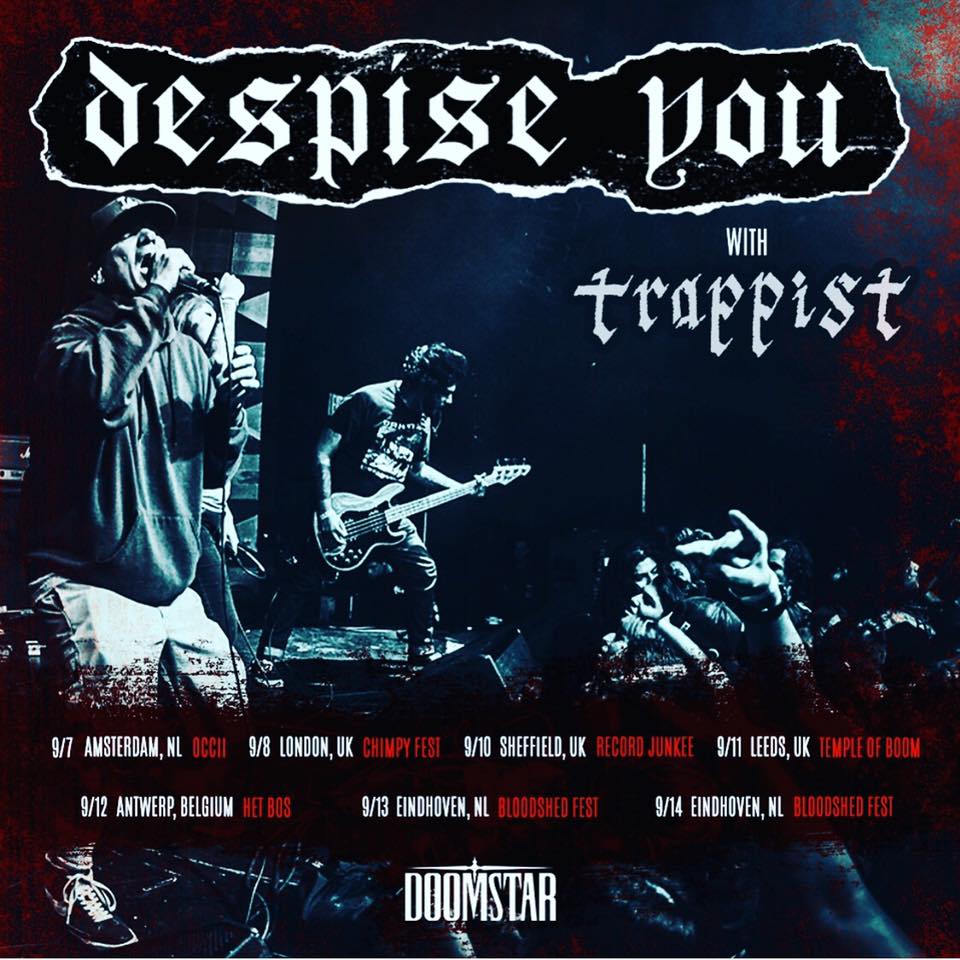 DESPISE YOU
Inglewood, CA USA
Classic PowerViolence, “the angriest band in the world” formed in 1994.
Slap A Ham Records, Pessimiser, To Live A Lie, Relapse Records

TRAPPIST
Los Angeles, CA USA
unleash a storm of d-beat, crust punk, powerviolence and hardcore all in the name of BEER from members of Spazz, Despise You, Crom and more! Album; ‘Ancient Breweing Tactics’ out soon on RELAPSE records.

Formed in 2014 and consisting of scene legends Chris Dodge (Spazz, ex-Despise You, ex-Infest, etc.), Phil Vera (Crom, Despise You, ex-(16)-) and Ryan Harkins (co-owner of popular heavy metal themed burger joint Grill Em’ All), TRAPPIST have one clear mission, to annihilate the listener with a storm of d-beat, crust punk, powerviolence, and hardcore all in the name of BEER (their name gives a nod to the Trappist or abbey ales brewed by Cistercian monks in [mostly] Belgium)! Picture Discharge style punk and Xeroxed WWII photos with bombs replaced by beer bottles, cans, and kegs.

Savage hardcore punk attack from Belgium, inspired by early UK hardcore punk (Health Hazard, Ripcord) with a Japanese touch (Gauze), some powerviolence (Despise you, Infest) and some new stuff like Hoax, Game, Exit Order, Sect Mark.
They hit you in the face with songs about fear, violence, abuse in all its shapes and forms. The first release was a full length LP called “Bedbugs”, which came out in september 2018 on Loner Cult, Emergence, Up the Punx, Fucking Kill, Zas Autoproduzioni Records.
Hetze is working hard on new songs, so expect a new release and some tours in 2019.
Don’t let the bedbugs bite! Dance and destroy!