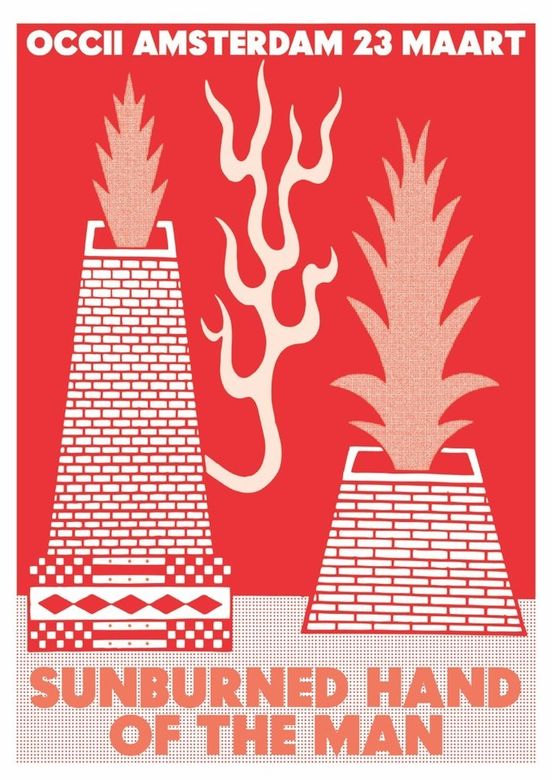 The real high and heavy returns to Amsterdam for the first time in more than a decade, as Western Massachusetts’ trouble troupe Sunburned Hand of the Man convene for a one-night stand at OCCii. A wildly versatile and prolific collective, Sunburned navigate many modes of total freedom. With flow itself at the core, they readily invent epic psych rock jams, issue alien rants atop laid back funks, and digress into the abstract fluidly. Over two decades the group has continually shifted shape, expanding and contracting, always picking up steam. … Bring another head, and slip under the counter culture.

Tonight’s Sunburned Hand of the Man is::

Asian guitars bringing beauty and fury in equal combination sprinkled with the crackle and burn of sly electronica. Ajay and Kohhei have been playing together for over two years now and always carry a new sound and dynamic to every occasion. The sonic mantra never sounded stronger within this Indian / Japanese axis. 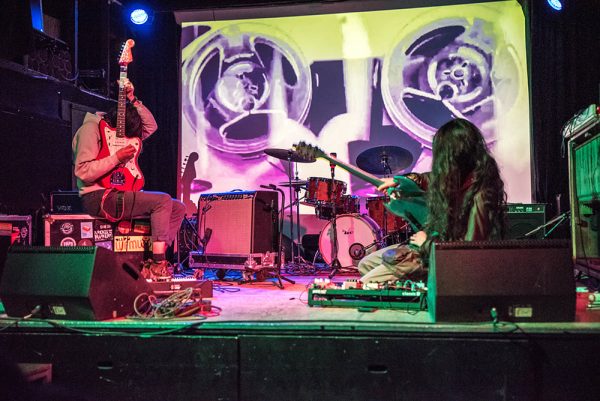 Sunburned Hand of the Man are a band from Boston, Massachusetts that formed in 1994 as the Boston psychedelic punk trio Shit Spangled Banner. They developed and changed their name in 1996 to reflect the new vibes and members.

They release records on various labels, as well as a number of smaller labels, and produce a great number of limited edition albums on CDr via their own Manhand label.

cHECH THEIR laTEST aBLUM ouT ON Three Lobed Recordings; “Pick A Die To Die” ::

“Sunburned Hand of the Man (aka “Sunburned”) are a loose knit gang of musical artists from the wilds of Eastern Massachusetts. Founded as a way to let off steam from years of obsessive weirdo record collecting and perversely decoding the hand jive of wanton talents from the psychedelic and punk rock hardcore scenes in the Boston zone Sunburned was born to be awesome. The nucleus of the group is a small ragtag contingent of fascinants completely focused on the idea of spontaneous composition within the framework of religious experience: the rock n roll EVENT”

Championed by the likes of Julian Cope, Michael Hurley, and Byron Coley, who once called them a “human zoo.”

AJAY SAGGAR, Crispy Crem, KOHHEI MATSUDA, SUNBURNED HAND OF THE MAN
Bookings are closed for this event. 100 tickets will be sold at the door 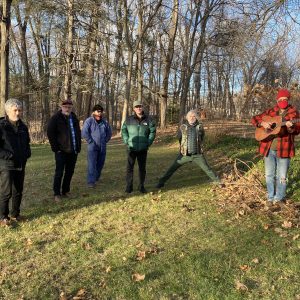 SUNBURNED HAND OF THE MAN

Since 1996, Sunburned Hand of the Man has been operating as one of the USA’s premier underground psych bands and performance art groups. Sunburned has played hundreds of performances in all over North America & Europe and has had the honour of sharing the stage with many of their influences and peers (Sun City Girls, Sonic Youth, Nurse With Wound, Dinosaur Jr, No Neck Blues Band, Vibracathedral Orchestra,The Believers, Circle, Sunn 0))), Michael Hurley, Boredoms, Mission of Burma, Wolf Eyes, Fourtet, Acid Mother’s Temple, Comets on Fire, Six Organs of Admittance & Jack Rose).

MOJO Magazine: I still remember the gig, East London, the tramping of plastic glass underfoot, the whispering of the truly scary mad bloke on my right, quietly cursing the band, and out of the speakers, a sound like asthma, bees packed in the chest and ghostly voices that bore no resemblance to the act on stage, this shifting crew of eight, maybe twelve, hairy and bald types named Critter, Chad, Cousin Rich, Phil, Reverend John, and other things, all in a circle, beat out chain-gang rhythms, led by the pulsing bass of aged schoolboy scholar Rob Thomas.

Formed in Massachusetts in 1997 from such defunct outfits as Franklin’s Mint, Fisherman’s Faggot, Shit Yourself, Faxed Head and Ghetto Breakers, this band who debuted with an album called Shit-Spangled Banner, played abstract psychedelia with roots in Peter Green’s Fleetwood Mac, Cream, Funkadelic and Ash Ra Tempel, but made out in the dark woods by the demon children of John Fahey, abandoned in a car full of tapes.

I remember the stage, the aftermath of some ’68 hippie riot – protesters trapped in the dying control centre – and the groove lurching on and on, the band circling constantly, like a ragged drum and bugle corps born of American’s two Sawyer families – Mark Twain’s ragged-trousered truant leading Texas Chainsaw Massacre’s pallid cannibal family up from the rusty iron depths of their stuckboard kill-pit and into the sun: blasts, chimes, clanks, screams, thunks and mental-institution shouting-in-the-dark; a terrifying mystic broadcast on the King Biscuit Flour Hour.

At the end of the gig I met two girls who told me it was the worst band they’d ever seen. And they were laughing, hard. But, you know, in a good way….. Andrew Male/Mojo Magazine 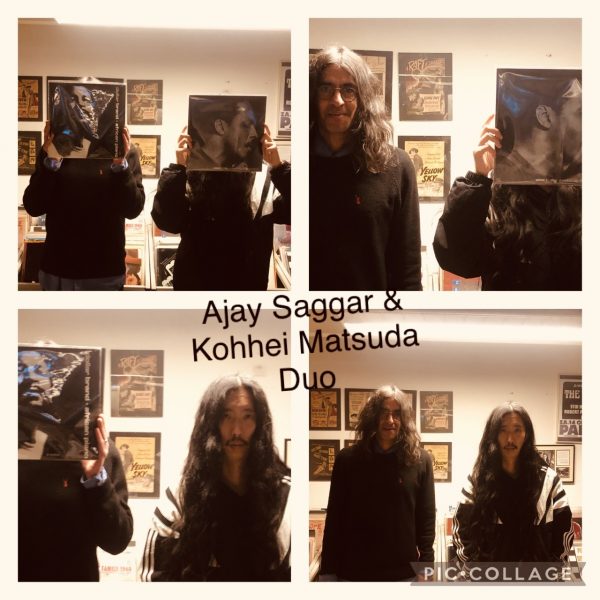 Bhajan Bhoy is one of the many musical endeavors of Ajay Saggar (King Champion Sounds, Deutsche Ashram), creating lush experimental music indebted to fellow kosmische cosmonauts such as Popol Vuh, Albert Ayler and Terry Riley. Saggar’s companion tonight is Japanese guitarist in Bo Ningen Kohhei Matsuda, whose wondrous psychedelic playing brings to mind the out there skills of Keiji Haino and Merzbow.