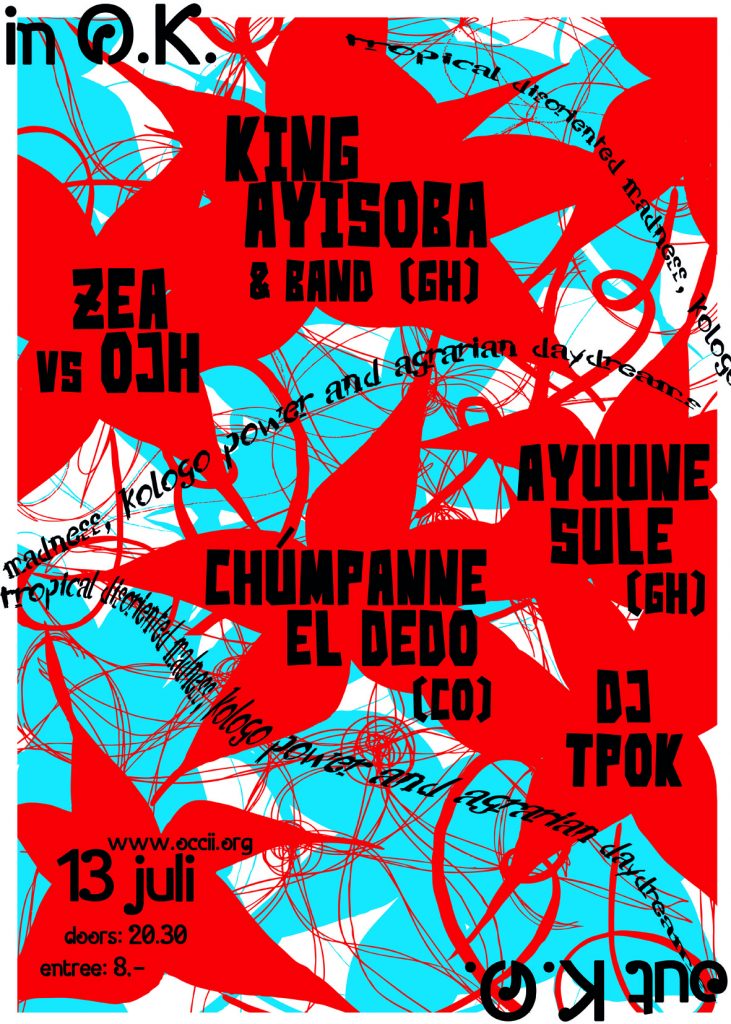 Toast your mind and body in OCCII on July 13.

Two of the main kologo stars from Ghana presenting the “This is kologo power!” compilation in OCCII on July 13.
It’s just a tip of the syncopating savannah iceberg, but it’s enough for a full night dancing. King Ayisoba, who initiated this album, is the grand master of kologo music in Ghana today. He is a super star sharing the traditional music of the North East region of Ghana in a 21st century jacket with the rest of the world, determined to make the world love kologo music like Bob Marley made the world love reggae music.

ZEA is the solo project of The Ex-singer Arnold De Boer. Somewhat of a celebrity in Ghana with his “Song for Electricity” that became a hit when he was there earlier this year (click link below). ZEA he incorporates the music of the people he meets around the world in his own, distinctive sound, playing “electric breakpop mono” and Friesian ballads with the same ease. Hailing from the top of the Amsterdam free jazz and improvising scene Oscar Jan Hoogland will be there to break up songs, confuse the audience, hit keys and chords and demand new stops and starts, twists and turns; joyfully obstinate, wonderfully bonkers.

ChúpameElDedo – No me coja la cola

DJ TPOK
will show you all corners of the globe and you will move like no one has moved before. co-runs the RedWig label and is listenable here: