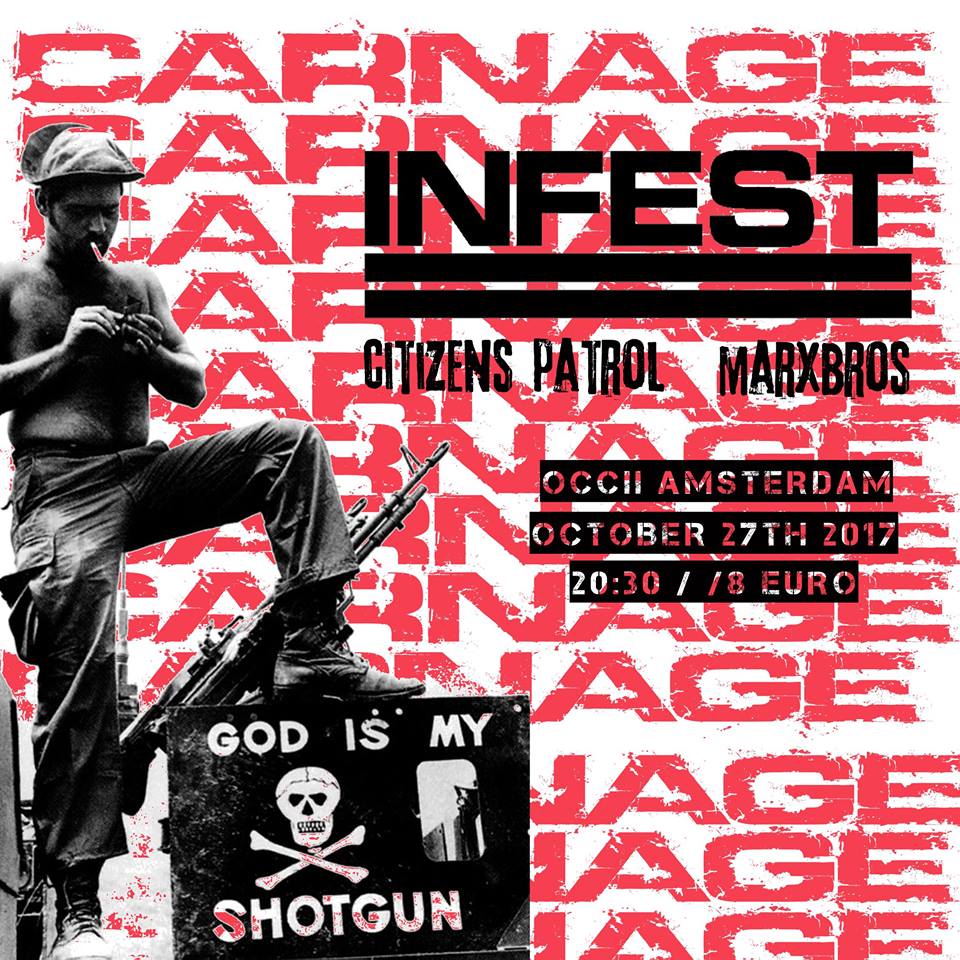 INFEST
There are very few bands that have influenced legions of hardcore, grind and powerviolence (a style they pioneered) bands quite like the legendary Infest. Sixteen-plus years after calling it quits, the California crew, with bassist Chris Dodge in tow (Crossed Out, Despise You, Spazz, etc) play at OCCII again.


CITIZENS PATROL, INFEST, MARXBROS
Bookings are closed for this event. No tickets will be sold at the door