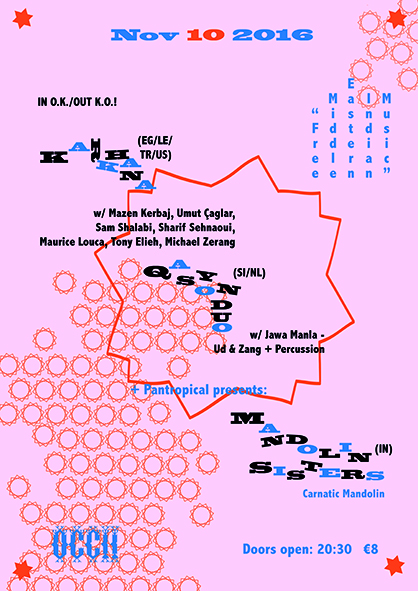 Combining some of the most innovative players from each of three cities (Beirut – Cairo – Istanbul), Karkhana met in Beirut for the first time in February 2014 with the very ambitious aim to bring together elements from the three major experimental music scenes of the area. The band’s music strives to create a unique musical blend combining free jazz and psychedelic with various shades of ethnic and traditional music, traces of shaabi, tarab… Building on the multi-instrumental capacities of its members, the group tries to create an atmosphere full of surprises for both the listeners and the performers themselves, developing what could possibly be called a “Free Middle-Eastern Music”.

They recorded both live and in studio for Italian vinyl label Sagittarius.
The subsequent release “Live At Metro Al-Madina” has been described as:

“One of the most powerful releases in the combined Qbico and Sagittarius A-Star catalogues. Imagine a cross between Kluster and Taj Mahal Travellers with a Middle Eastern feel”

“This Middle Eastern supergroup first got together to celebrate the music of Egyptian surf guitarist Omar Khorshid – who was also a key figure in Oum Kalthoum’s orchestra – but their remit has expanded somewhat and now they’re fully committed to outer-perimeter explorations in Krautrock-leaning, cosmic free jazz” 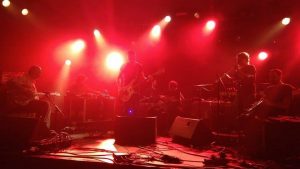 Sreeusha and Sireesha are young Carnatic mandolin players popularly known as Mandolinsisters. Thanks to their foresighted parents, these two sisters were encouraged and honed their talents on the mandolin and they are the only sisters in India to play the mandolin in carnatic music. From the age of five they were in the habit of listening and watching their amateur father pluck the string of the guitar. Observing their enthusiasm for the sounds emanating from the guitar their father allowed them to pluck the strings of the guitar. The sisters took the music like ducks to the water. 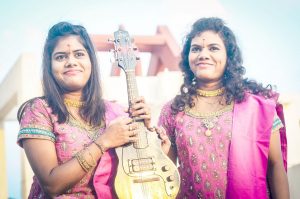 Later Mr.Threemurthulu their father wanted them to take up carnatic mandolin. Guided first by their father and their earliest guru Vidwan Sri Rudraraju Subbaraju (Disciple of Sangeetha Kalanidhi Chembhai Vidhyanatha Bhagavathar and teacher of mandolin Sri U.Srinivas) the infant sisters learnt and practiced their art. The sisters have also acquired lessons from various vidwans. Currently and for the past fifteen years they are under the guidance of Vidwan Sri Sengalipurm S.V.Ramamurthy Iyer (a disciple of Sangeetha Kalanidhi Mudikondan Sri Venkatarama Iyer).

What is the extraordinary is the sisters are largely self taught to play the mandolin themselves and harmonizing it to carnatic music with the help of their father and teachers. Sreeusha and Sireesha have practiced the mandolin with lot of dedication and devotion. They have also completed their degree in Public Administration. The sisters so far given 2000 concerts throughout India and abroad. Their concerts have been favorably reviewed by all leading news papers and their concerts telecast in Doordarshan (Podhigai), Sun TV, Raj TV, Kalainger TV, and Jaya TV.