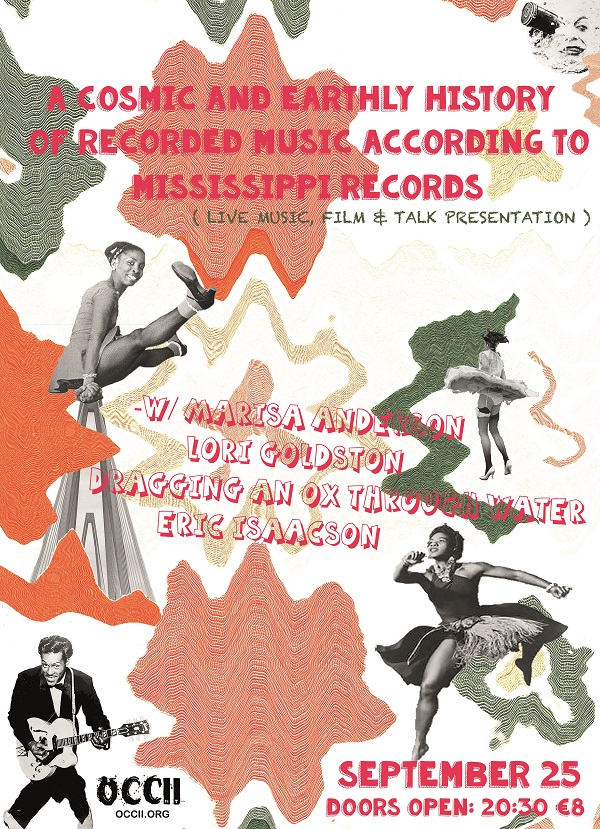 A Cosmic and Earthly History of Recorded Music According to Mississippi Records from plastic shaman on Vimeo.

Mississippi Records has a new concoction, this live presentation from Eric Isaacson, is a combination of film, slide show, lecture and soundscape. It instinctively and idiosyncratically illustrates a entire history of recorded music (focusing on Eric’s patch, North America!), from the birth of the first star in the universe all the way to the dark ages of the 1980′s.

The ultimate intention of this travelling exhibition is to give the audience a sense of wonder; that anything is possible and art is worth doing. Tonally, the presentation navigates into the outer reaches, bypassing academic stuffiness in favour of entertainment value and immediacy. All materials will be from Mississippi Records vast and seldom seen archive of film, music and art.

This whirlwind 90 minute sound and visual representation will attempt to sum up as many important points in the evolution of recorded music that can be done in such a short amount of time. Subjects hit upon include –
– The cosmic patterns that resemble music generated by stars being born and dying.
– The musical patterns in the natural world that work on the same principals as music.
– The untold early history of recording technology (including tales of Archeoacoustic technology that allows us to hear recordings from 2,000 years or more ago, cat pianos, the phonautogram which reproduces sounds from dust and much more)
– The rise of the blues, rock and roll, and other revolutionary American music forms and their subsequent destruction by the powers that be
– Hopeful messages about the future
– 45 minutes of incredibly vibrant archival footage of some some the greatest musicians on Earth (as well as some novelties) including Bo Diddley, Rosetta Tharpe, The Collins Kids, Gary Davis, and the Staple Singers.

Eric Isaacson who set up and runs a lot of the Mississippi Records labels and shop activities is also a wonderful guide through the highs and lows of music history with a keen eye on the outersider types. For this tour he will introduce a brand new show film/talk presentation. More details to come.

Living in Portland Oregon, Marisa Anderson is a composer, guitarist and multi-instrumentalist who works both solo and in beautiful tandem. Inspired by Delta blues, West African guitar, country and western radio from the 60’s and 70’s, gospel, noise, rhythms, cycles, mortality, and praise. Featuring an impressive 12 improvisations for guitar and lap steel Marisa has released two albums on Mississippi. In the past two years, Anderson’s music has landed her slots with artists including Godspeed You! Black Emperor, The Devil Makes 3 and Sharon Van Etten. 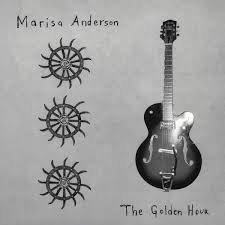 “’Mercury’is the brilliant new album of acoustic and electric whirlwinds from Portland, Ore., guitarist Marisa Anderson. Through its 16 tracks, Anderson unfolds as a master of stylistic swivels, pushing from steady-handed blues staggers to open-road pontifications, from understated ragas to psychedelic meditations with a deliberate quality that belies the record’s title. She’s a fleet, dexterous picker with a broad sense of what her guitar can do; through all those looks, however, she never discards the melody or the cadence for flashy technique or selfish tangents.” -Pitchfork.com May 2013

Based in Seattle, Lori Goldston is a cellist with an emotional and magic touch. Classically trained and rigorously de-trained, possessor of a restless, semi-feral spirit, Lori Goldston is a cellist, composer, improvisor, producer, writer and teacher . Her voice as a cellist, amplified or acoustic is full, textured, committed and original. She wanders recklessly across borders that separate genre, discipline, time and geography, performing in clubs, cafes, galleries, arenas, concert halls, sheds, ceremonies, barbecues, and sanctuaries. Collaborations famously include being thrown in the dark end with Nirvana and enjoying the songs of David Byrne and Cat Power. Lori also co-founded Black Cat Orchestra and has been key to Earth live shows. She has received commissions to do live scores for several silent films. 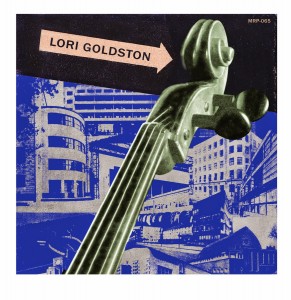 The pieces on her new LP ‘Creekside’ on Mississippi all carry a certain level of austerity and gravitas, though they never come off as cold. On the contrary, they are warm emotional pieces of music played by someone who really knows their way around the cello. 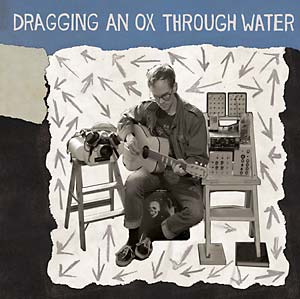 “a kind of ecstatic communion with those forms, dispatches in eternity which are themselves irreducible, unpigeonholable, timelessly and rootlessly just floating there.” WFMU’s free music archive

“a one-man sonic mindfuck that refuses to land in any particular genre.” – Dave Allen (gang of four / pampelmoose)

Mississippi Records has produced over 180 releases on LP & 100 releases on cassette tape that crisscross’s borders, digging up joyous albums, singles and unheard songs and sounds that where being left under the bed, out in the shed and unloved by most record companies. They have managed to do this on a shoestring budget, without ever advertising or engaging in promotion of any kind & distributing only through DIY avenues. Among it’s catalogue you can find Fred McDowell, Mahmoud Ahmed, Irma Thomas, Dog Faced Hermans, George “Bongo Joe” Coleman, Kleenex/Liliput, The Georgia Sea Island Singers, The Clean, Alamayahu Eshete, Dead Moon, Clara Rockmore, The Ex, Washington Phillips, Philip Cohran & The Artistic Heritage Ensemble, G.I. Gurdjieff and boxes full killer comps as well as artists like Marisa Anderson, Peter Buck and Michael Hurley.